Skip to content
Institute Alternative » Blog » What do we want from Europe? 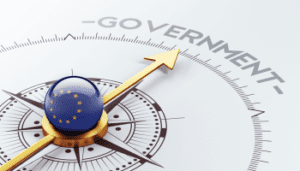 In the preface of the book written by the philosophers Slavoj Žižek and Srećko Horvat What does Europe want?, it is depicted how Croatia has become the EU member after midnight and has arrived at the party when all guests were already drunk. Other countries, primarily those from Western Balkans, therefore have no other choice but to come to the after-party, and they know very well all the bad sides of this get-together event. Does this feel as undesirable scenario already? The collection of articles by Žižek and Horvat represents a scan of the negative consequences of EU membership and impact that policies defined at EU level make on the economy and democracy in the member states. The eurozone crisis and the deterioration of the living conditions of European citizens have led to deeper dissatisfaction and again, stronger than ever, questioning the purposefulness of integration. It is exactly these internal problems in member states which show us at least two things.

The membership in the European Union does not annul wrong choices of the ruling elites. That does not necessarily mean that those elites would be accountable for the omissions, unjust enrichment, endless borrowing but it is more probable, according to the interpretations of Greeks, that the mentors will unleash the anger towards their citizens. Or, if we use the “tsiprasism”: What kind of system is that where uncontrolled banking speculation lead to bankruptcy of a country, while the austerity measures do not affect the stabilization, but the complete collapse of the economy? The truth is somewhere in-between, since the collapse of the system was caused by years-long bad governing of Greek political elites, while the appeal to their accountability is, however, the question of the internal procedures. The need to preserve the workers’ rights, insurance system and the welfare state on the one side should not exclude the interest of the banks and creditor on the other side. However, this is not the case in Greece. The newly developed post referendum state of affairs could have become a win-win situation. On the one hand, for Greeks, because the sudden decision to organize a referendum shifted the attention from the fact that due to the unpleasant debt crisis they actually do not hold the destiny of their own country in their hands and they have also recalled the bright moments of their history. On the other hand, for EU, the new negotiating circumstances could have created conditions to demonstrate the democratic capacities of finding a solution that would make it closer to its citizens. Nevertheless, this did not happen, which leads us to another problem within the Union.

Supranational Union which dictates the conditions to the countries in transition and to the member states suffers from the same diseases itself. The lack of legitimacy which had become a burden to the EU since the pre-Maastricht period is reflected in the continuous strengthening of the executive through the activities of the European Council and the Council, but also through the lack of legitimacy of the European Commission’s appointment and its way of work, as well as the limited scope of powers and influence of the European Parliament. Member states who are the initiators of the European integration process have the final say in these conditions, which is why Jürgen Habermas says that “German dictatorship” is in power. The consequence is deepening the gap between the citizens and the Union, as well as the lack of democracy in the member states. Adequate articulation of what member states and their citizens want, of course, involves transforming the organization of the Union, and the provision of new, more powerful, mechanisms for citizens’ representation. All previous attempts to democratize the Union were marginally strengthening the competence of the European Parliament and symbolic legitimisation of the Commission’s work, with further protection of most powerful EU member states’ interests.

Just as the Union and its member states are in a political trap, the candidate countries for membership in this community are struggling with their own traps, which can also be defined as the lack of democracy and accountability. In the context of Montenegro – the slow pace of reforms, unsuccessful privatizations, all-present corruption and nepotism show us that the minority’s interests are still more important than the interests of majority. At the same time, each improvement – legal, institutional, in practice, it is only the result of EU conditionality policy and pressure exerted on the candidate countries. Therefore, what we want from the EU/Europe is to continue to exert pressure on the authorities, and in parallel with the fulfillment of membership criteria, influence the improvement of the quality of life of Montenegrin citizens. EU pressure is, therefore, depending on different conditions (un)productive in different ways. However, as much as we need the Union to fulfill its mission, which could at least by the book be called a guarantor of the establishment of “high standards”, so it is needed that the EU and its driving forces regain the lost confidence its member states. That is the only sustainable modus of deepening integration.

Dr. Jovana MAROVIĆ
Research coordinator at Institute alternative and the member of the working group for Chapter 23