Skip to content
Institute Alternative » Accountable public finances » What are the first results of the Public Administration Optimisation Plan?

Stevo Muk, President of the Managing Board at Institute Alternative, commented on the first Report on the realisation of the Public Administration Optimisation Plan, and pointed out the shortcomings in the Report and in the Plan itself, in the TV Show “Reflektor” aired on TV Vijesti.

He pointed out that the Government does not have data on the outflow of employees from public administration  at the two-month period before the start of the implementation of the Optimisation plan, and therefore can not speak about positive results of its implementation if there is nothing to compare them with.

He also explained that the Optimisation Plan does not include state-owned enterprises, in which a large number of public administration employees are concentrated, and therefore this plan is not comprehensive, and its implementation will not produce the desired effect.

In the Reflektor, the following issues were also raised:

Full video of the show find below:

How much revenues – thus much responsibilities 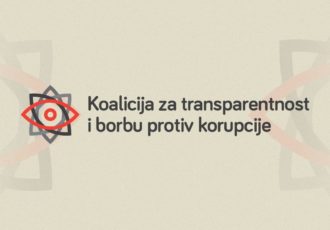