Skip to content
Institute Alternative » Accountable public finances » What administration do we want by 2020: While waiting tangible results…

Instead of being at service of citizens and business, public administration is a burden to them – this is a message delivered by Institute Alternative at today’s conference in Podgorica. 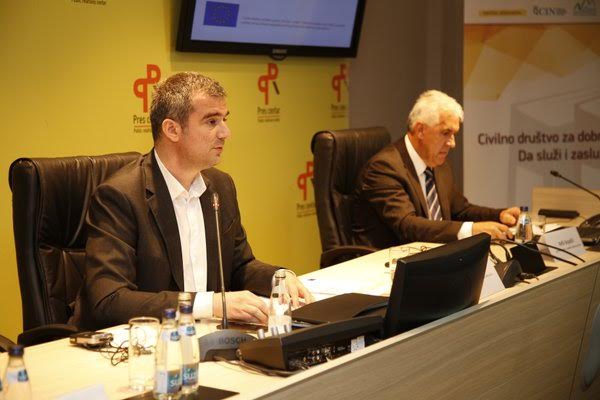 The conference was organized within the project “Civil Society for Good Governance: To Act and Account” with the support of the European Union, in cooperation with partners, the Center for Investigative Journalism of Montenegro, and NGOs Bonum from Pljevlja, Natura from Kolasin and New Horizon from Ulcinj.

Stevo Muk, President of the Managing Board of the Institute Alternative (IA), commented on the current state of public administration, which, he said, except for being the linkage between decision makers and citizens, is the key sphere in which private and public interest entwine.

“Therefore, this is precisely overarching process for prevent abuse of public resources. Bearing in mind that this is an election year, this challenge is even more relevant,” he stressed.

“Administration – as we see it today,” Muk added , “is the administration characterized by weak competition for the key expert managerial positions. Also, there are many employees on positions requiring less work, and less people on positions with heavy workloads”.

Refik Bojadzic, Secretary General of the Association of Municipalities in Montenegro, emphasized that the Association is available to everyone as a partner in strengthening transparency of the administration and enforcing cooperation with the NGOs.

As he emphasized, in relation to the local communities, priority issues to be 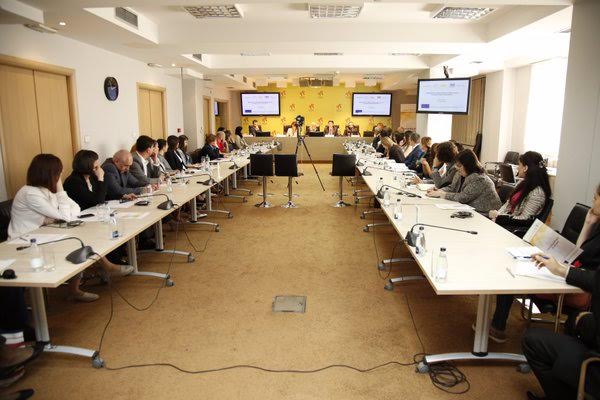 resolved until 2020 are under-regulated system of local civil service, reform of the communal activity, financing of local municipalities.

“Municipalities need institutional support. It is necessary to form the Ministry for local municipality or public administration’’, Bojadzic said.

It was emphasized at the conference that the changes in public administration are permanent, considering that reform has been in force from 2002.

Danijela Nedeljkovic-Vukcevic, head of the Direction for State Administration within the Ministry of Internal Affairs, referred to the work on the preparation of the 2016 – 2020 Draft Strategy for Public Administration Reform.

“This is the best strategy ever prepared,” she said, noting that some of the key issues requiring additional efforts are strengthening of administrative capacities, human resource planning, and enhancement of inter-institutional coordination.

Looking from the perspective of the institution, which influence is irreplaceable for the control of public finances, Branislav Radulović, member of the State Audit Institution Senate, emphasized the problem of the frequent changes in organizational structure of the administration.

These changes reflect negatively on the control of public administration authorities.

“There is no department, which is continuously the same,” he said, reminding that the public administration reform, as such, used to be under the Ministry of Justice, and then moved to the Ministry of Internal Affairs.

He also pointed to the problem of authorities within the ministries, and reminded on the Article 28 of the Law on State Administration that defines this organizational units within Montenegrin administration. 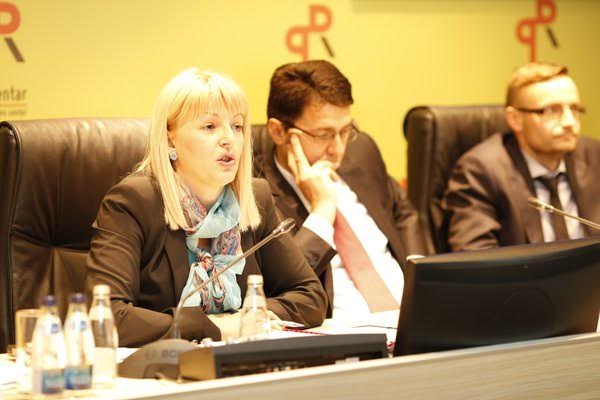 “This Article states that authorities within the ministries are formed when the range and nature of their activities do not need special organization and independence in work’’, explained Radulovic, additionally highlighting the paradox that Tax Administration or Police Administration, the largest institution with 5000 employees, are considered as authorities within the ministries.

Suzana Radulovic, Secretary General of the Montenegrin Employers Federation, referred to the “Five Business Killers”, a publication this federation issued last year, which points to the good governance deficiencies in Montenegro, as major barriers to the business community.

These are, among other things, inadequate regulatory framework, corruption, and scarce responsibility of state and local authorities, and the problem of lack of expertise and professionalism.

She pointed to the lack of public consultation in policy making.

“The laws are being adopted, and we know nothing about that,” she said.

Timo Ligi, a senior adviser at the joint initiative of the European Commission and the OECD – SIGMA, reminded the participants of Montenegro’s initial results in measuring compliance with the European Principles of Public Administration. This principles were formulated in 2014, precisely in order to serve as a kind of framework for assessing readiness of countries (in this area), wishing to join the European Union (EU).

“Compared to other countries, Montenegro has received a good grade,” Ligi said.

However, the problems he pointed out included lack of evidence-based policy making and of appropriate impact assessment.

He also pointed to the problem of authorities within ministries, especially in terms of drawing the lines of accountability for these authorities.

According to her, the Law on public sector wages and proposed amendments 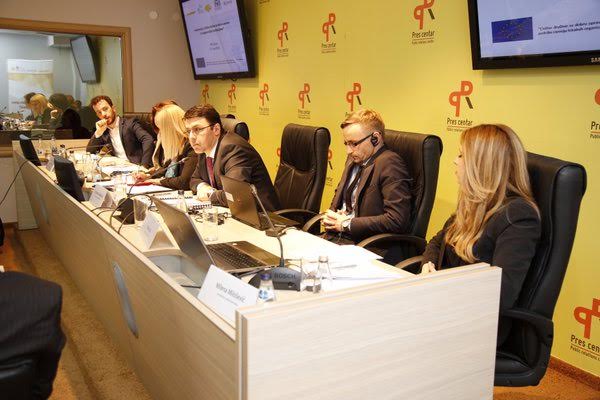 to the Law on Civil Servants and State Employees and the Law on Local Self-Government, partially run against the overall objective of the reform, which is a service oriented and efficient administration, characterized by the growth of public confidence in its work.

“Therefore, the real question for the authorities, which I have asked previously, without getting convincing answer, is this – what do we want to accomplish with Public Administration Reform Strategy and what could we do if its implementation further demystifies systemic shortcoming we currently neglect”, she added.

Discussion of the participants at the conference also referred to the problem of large expenditures that citizens pay for the irresponsibility of the public administration authorities.

The recent report by the State Audit Institution pointed out at one of these problems, according to which more than 70 million euros in the period between 2012 and 2015 was spent on the basis of court rulings against the state, which are charged by force.

Below you can watch parts of our panelists’ speeches: