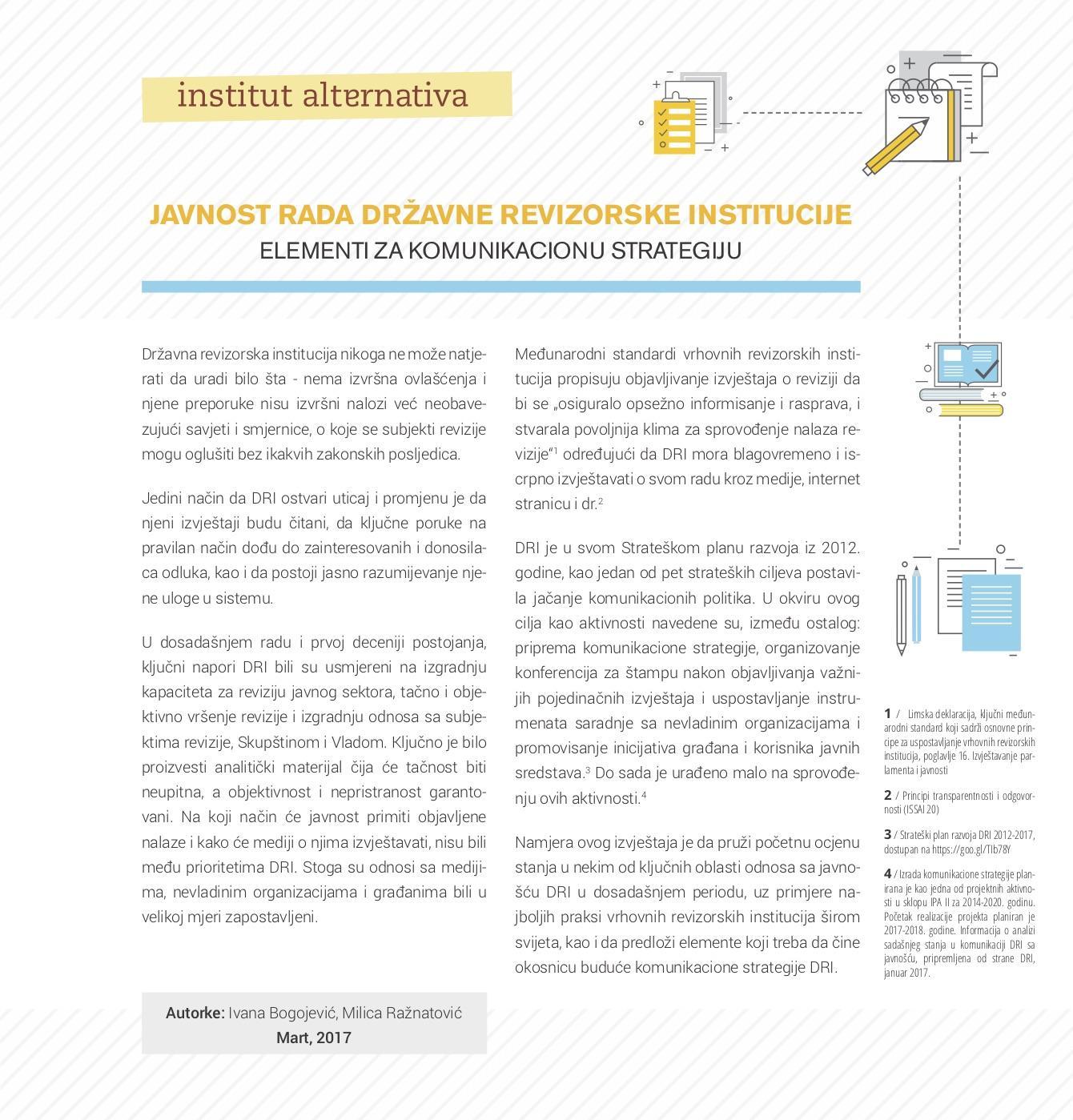 The State Audit Institution (DRI) cannot make anyone do anything – it has no executive powers, and its recommendations are not executive orders but non-binding suggestions and guidelines which the auditees can disregard without any legal consequence.

The only way the DRI can exercise influence and ensure change is to make its reports more widely read, to ensure its key messages reach stakeholders and decision-makers in the right way, as well as that its role in the system is clearly understood.

In its hitherto work and first decade of existence, DRI’s key efforts were aimed at developing capacities for public sector auditing, performing auditing tasks precisely and objectively, and building relationship with those stakeholders subject to its audits – the Parliament and the Government. To them it was paramount to produce analytical content whose truthfulness will be beyond reproach, and whose objectivity and impartiality will be guaranteed. The ways in which the public would react to their findings, or how the media would report on them, were not among DRI’s priorities. Hence, the relations with the media, non-governmental organisations, and citizens were largely neglected.

This report aims to provide a baseline assessment of the state of play of some key public relations areas for the DRI, coupled with examples of best practice of other supreme audit institutions around the world, as well as to propose some elements that should serve as the backbone of a future DRI communication strategy.