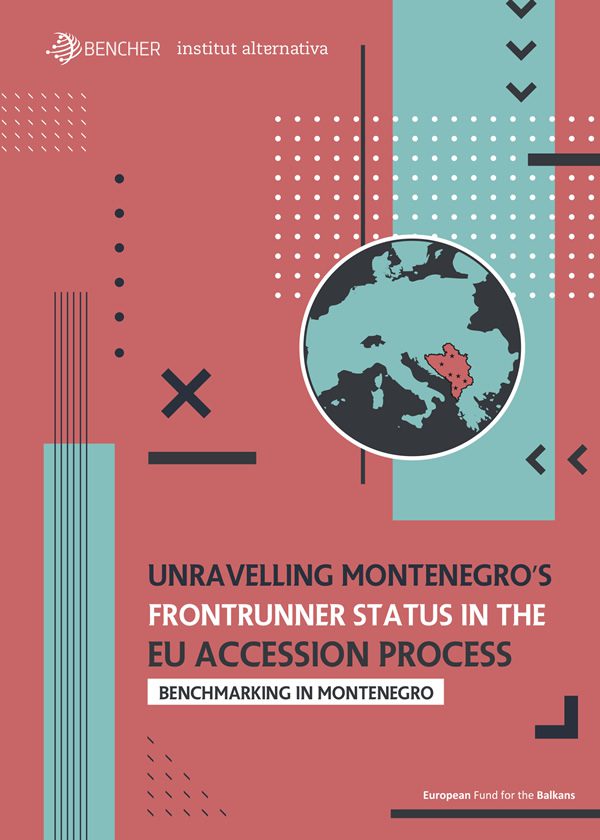 Montenegro opened accession negotiations with the EU in June 2012, being the first country to undergo the new approach, which frontloads rule of law criteria. The new approach places emphasis on Chapter 23 (Judiciary and Fundamental Rights) and Chapter 24 (Justice, Freedom and Security). The two chapters are opened early in the process, with the aim of allowing the country to adjust to complex reforms, which alongside technical aspects, capacity building and legislative alignment, require a track record of fighting organized crime and high level corruption.

Between June 2012 and January 2018, Montenegro opened 30 chapters and provisionally closed 3 chapters. In addition, following the “State of the Union” address by Commissioner Juncker, the newly announced Enlargement Strategy for the region outlined a clear perspective for the first time, with a potential date for Montenegro’s accession to the EU of 2025.1

Government officials often use the opening of negotiation chapters as an indicator of success. Nonetheless, the closure of most chapters is still pending. This depends, at least officially, on meeting selected interim benchmarks, which should lead to the closing benchmarks. The aim of this analysis is precisely to assess the selected interim benchmarks within Chapters 23 and 24. By benchmarks we imply concrete requirements which key EU enlargement documents specifically formulate for the Montenegrin authorities, whose conditions for implementation signify further progress along the country’s path to EU accession.

Apart from assessing the content of benchmarks and their adequacy for the domestic context, as well as moni- toring their implementation, we have tried to assess the monitoring tools used to judge the implementation of benchmarks and the achievement of the objectives which they define. In our view, this can serve as an indicator of the effectiveness of EU conditionality, and should provide guidance for enhancement of the current bench- marking system and EU conditionality in general.

The selected benchmarks encompass various aspects of Montenegro’s alignment with EU standards: legal and technical as well as the required track record of prosecuting organized crime and corruption, or the emphasis on establishing merit-based recruitment in public administration and the judiciary. The importance of analysing benchmarks is indicated by the lack of qualitative discussion about the content and consistency of EU conditionality. On the other hand, some countries are labelled frontrunners or stragglers in the process, despite a lack of in-depth analysis of the conditions imposed and their actual compliance with them.

The selected benchmarks are taken from official documents which outline the key conditions that Montenegro needs to meet for the two chapters, especially the EU’s common positions on the two chapters and their action plans. This analysis forms part of a wider regional project, which permits comparison of the benchmarks set for the two countries that are currently undergoing accession negotiations – Montenegro and Serbia. Conditions set for other candidate countries, as outlined in other enlargement documents (country reports; roadmaps; Enlargement strategy), have also been taken into account.