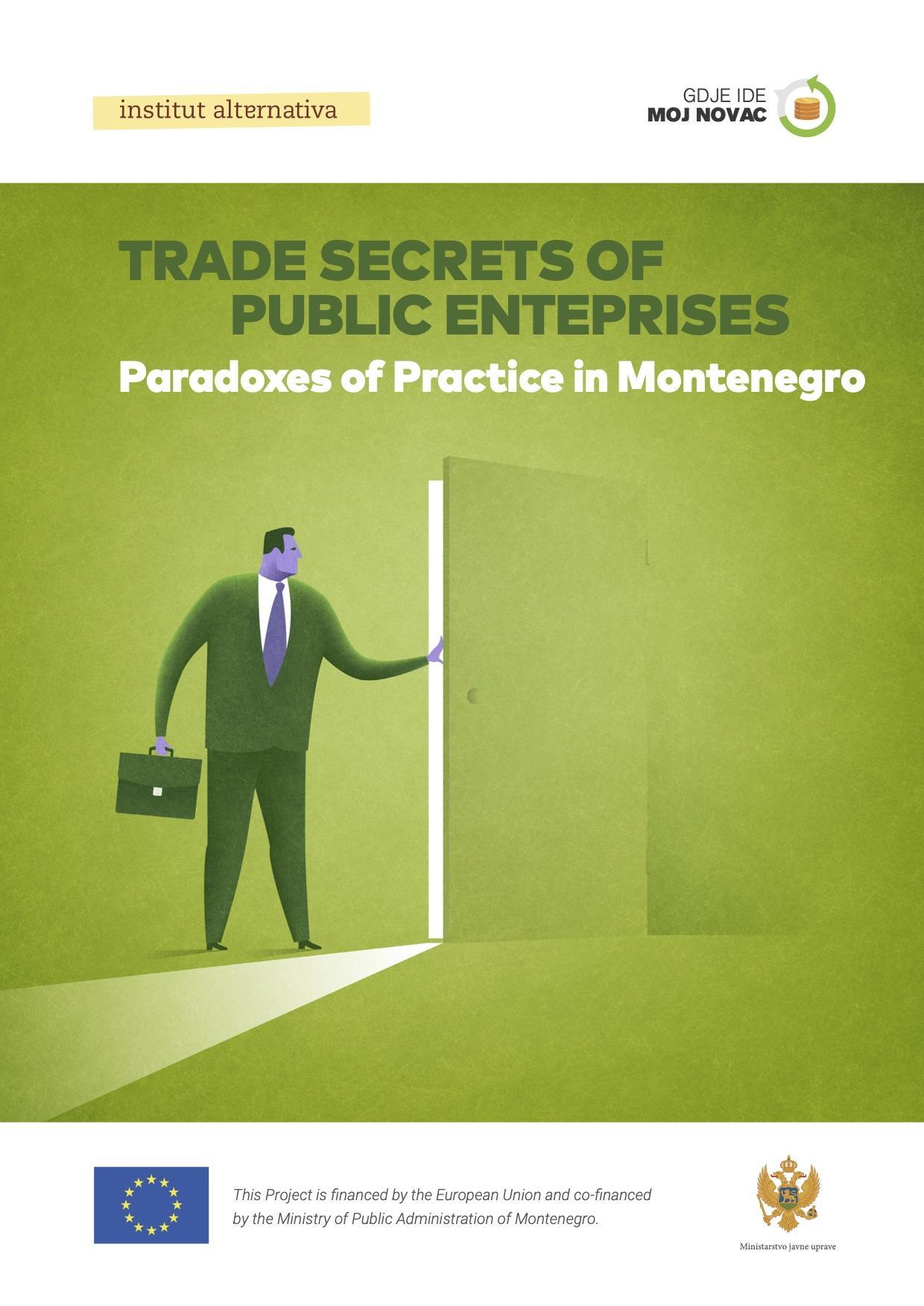 The 2017 Montenegrin Law on Free Access to Information introduced the concepts of trade and tax secret as the grounds for restricting access to information. Montenegrin legislation does not contain a single definition of trade secret, leaving room for the abuse of this concept.

In an attempt to shed light on this issue, we focus on the state-owned enterprises (SOEs), which remain a neglected segment of public finance management, although one that accounts for a significant share of public spending and overall economy. Although there are no official aggregate data on the number of SOEs in Montenegro, the IA put together the list of 37 enterprises in which the state had majority ownership in 2015; while the latest Ministry of Finance data from 2019 include only 32. The 21 companies whose data were available on the Tax Administration portal had 5,286 employees in 2018 and paid more than EUR 70 million in wages. Almost one-half (9 out of 21) recorded losses totalling EUR 8 million in the previous year.

Aiming to address the issue of the scope of trade secrets of public enterprises, we started by gathering the publicly available documents (articles of association, rulebooks on trade secret) and filing 24 additional requests for free access to information, in order to consult the otherwise unavailable Management Board decisions or other internal regulations governing trade secret. The first section of this document provides an overview of the categories of information that are most frequently declared trade secrets by the Montenegrin “public” enterprises. The next section contains the analysis of the collected data in the light of the international standards. In the final section, we highlight the need for more specific regulation of trade secret in the Montenegrin legal system, along with the need for detailed specification of exceptions i.e. the categories of information that the enterprises in which the state or local self-governments have majority ownership must not declare trade secrets.