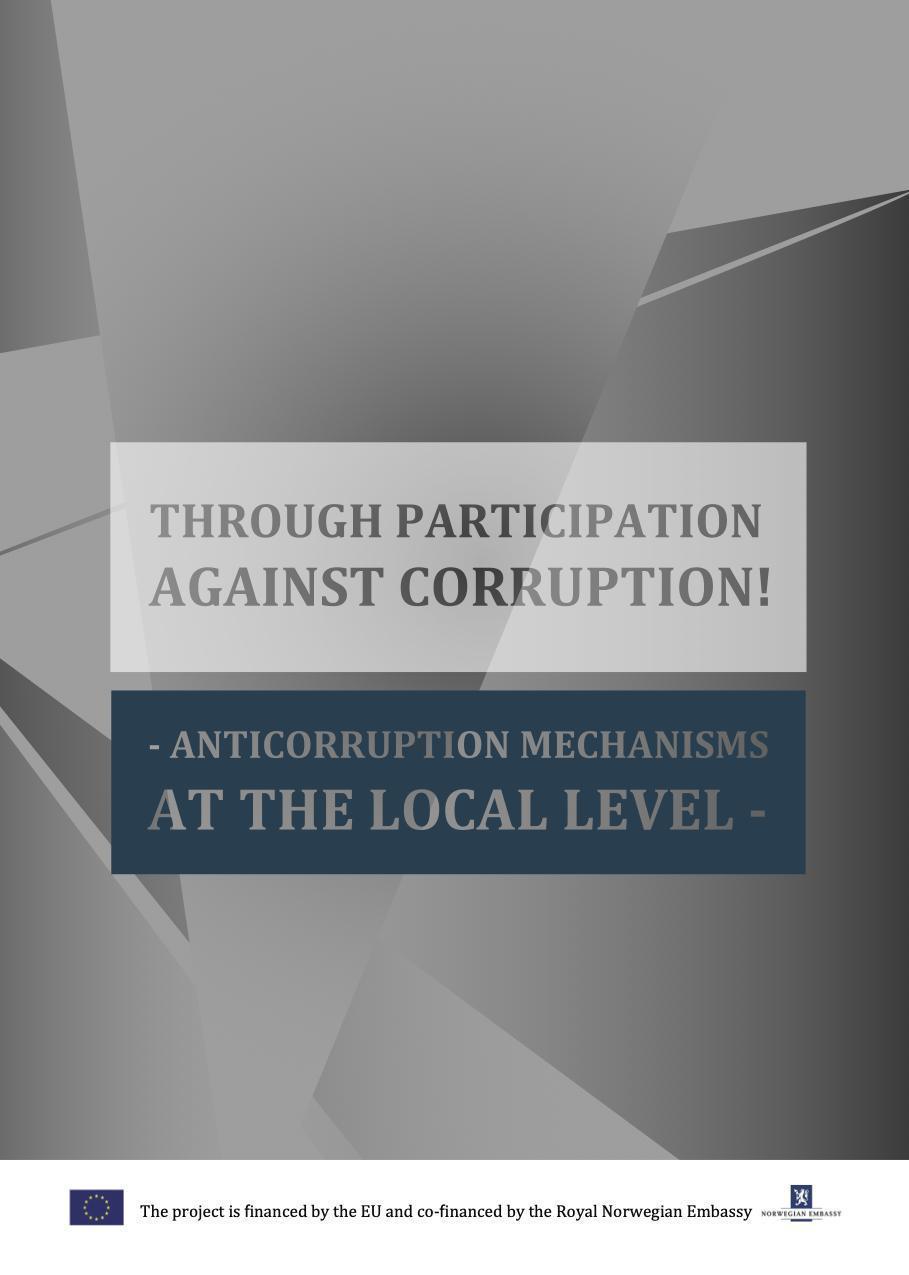 In countries where corruption is all-present and represents an obstacle to structural reforms, improvement of business environment and financial sustainability, the role of all actors in eradication of this problem is extremely important. This analysis will examine the role of citizens, civil society organizations and directly elected representatives as actors in fight against corruption.

Although there are several forms of direct participation in decision– making process available to citizens of Montenegro at the local level, level of activism is low and generally expressed solely through participation in public debates and voting at local and national elections. However, even when it comes to participation in public debates, citizens exhibit low level of interest for the use of this mechanism. Thus, for example, only two citizens took part in the discussion on the Action Plan for fight against corruption in the Capital City. Situation is similar regarding submission of anonymous complaints. Local self-governments insufficiently involve citizens and non- governmental organizations in the decision-making on different issues of importance for improvement of life in the community. The comment primarily relates to organization of thematic debates, consultations and round tables. The obligation to organize working meetings once per year between the representatives of local NGOs and president of the municipal assembly is not functioning in practice, and the meetings between councillors and stakeholders before prior to the sessions of the local assemblies are also not held. Furthermore, councillors do not contribute to the content of the key strategic documents, and information about their work cannot be found on the official web sites of municipalities (municipal assemblies). The councillors insufficiently use the position they have to publicly express the ideas, problems and irregularities in the work of local self-government.