Skip to content
Institute Alternative » Accountable public finances » They don’t know what they own, and yet they pay the rent

Property Administration spent a record amount of 4,7 million EUR for lease of objects and business premises in 2018, while the public is still unaware of the number of state-owned real estates and of the revenue accumulated from their lease or sale.

According to a research conducted by the Centre for Investigative Journalism of Montenegro (CIN CG), only in 2018 the Property Administration signed lease agreements worth about 3.6 million EUR for the needs of state administration bodies, public institutions and political parties. On the other hand, the 2018 capital budget allocated approx. two million EUR for the construction and reconstruction of the administrative space for the work of state administration bodies. In two years, only five business premises have been leased out by the state.

Although the collection of the tax debt by taking over the debtor’s assets should have lead to budget savings and to a decrease in the amount of money allocated for the lease of business premises, this did not happened. On the contrary, the expenses for accommodation of the state authorities, public institutions and political parties increased significantly in 2018.

In 2009, the Law on State Property obliged public authorities, state owned enterprises and municipalities to undertake assessment and precise listing of real estates in their possession and to submit those data to the Property Administration within one year. On the other hand, the Property Administration was obliged to establish an integrated registry of state-owned real estates within 90 days after the required information was delivered to them.

In 2019, the Property Administration does not even have information on the total number of state administration bodies, municipalities and state owned enterprises, and not to mention which real estates they own and who is using them.

When asked about the progress in creating registry of the state property, the Property Administration replied that the company Atos from Belgrade has completed a software solution, but for technical reasons it has not yet been released into ‘’productive work’’, and also that they expect a repair. The alleged malfunction, according to the official data of the Property Administration was also noted during the last year (2018), as well as in 2017.

Inspection of state property is insignificant. In the eighteen months, only 32 controls were carried out.

Croatia and Serbia are step ahead in registering their property

The lack of the quality registry of state property is also a problem for the countries in the region, although these countries have a property registry for years. There is an electronic property register on the website of the Property Directorate of the Republic of Serbia, which can be accessed by all its users, although it is not open for citizens as it is in Croatia. However, the Croatian register, which is on the website of the Ministry of the State Property, is not yet searchable nor it is complete.

The Property Directorate of the Republic of Serbia did not answer the questions regarding the state property records, and the amount of money that state gained from leasing its real estates.

Croatian Ministry of the State Property stated that the register was first time published on 15 January 2014: ‘’Data on non-financial (nine types of real estate) and financial (stocks and business shares) assets are currently included. The Ministry of State Property collects these data from taxpayers’’.

According to the Croatian Ministry of State Property, until October 2018 – 14 908 real estates were registered under the code of business premises. That number is not final because all taxpayers did not provide data. Croatian Ministry also stated that particular state-owned enterprise was founded in order to collect the revenues in the field. It manages 1 476 of office space units across the entire country. The 2017 Ministry’s data reveal that the state’s revenue from lease of its office space reached 50 million HRK, or 6,7 million EUR.

Auditors warn, but with no results

In 2011, the State Audit Institution (SAI) found that state administration bodies and local self-government units failed to submit contracts they concluded for the acquisition of immovable and movable assets and of other higher-value property, although they were obliged to do so by the Law in order to keep records of their property. At that time, SAI gave a recommendation to the Ministry of Finance, as the competent body for monitoring the application of the law, to initiate misdemeanor procedures against them. 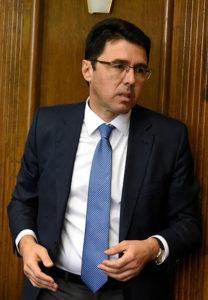 Branislav Radulović, senator who managed the audit, told CIN CG that SAI , due to the lack of an integrated registry of state property, can not confirm that the Property Administration which is obliged to keep the registry, has accurate and comprehensive data on property managed and used by the state authorities and local governments. Consequently, data on sale or lease of the property is also lacking.

‘’The SAI, through the audits of the state final budget account whose subjects were also Ministry of Finance and the Property Administration, found that the recommendations from the Report on the Audit of the Annual Financial Statement and audit of the effectiveness of the recording of the state assets of the Property Administration were not implemented. Even ten years since the adoption of the Law on State Property, the integrated registry is not established, although it was supposed to be functional by mid-2010’’, Radulović pointed out.

Property Administration has not yet implemented 11 SAI’s recommendations from the 2016 Performance Audit Report ‘’Efficiency of Collection of Tax Claims against the assets of the Taxpayer’’. Among other things, it was recommended that Property Administration should establish a database of state authorities, local self-government bodies and state owned enterprises; that it should collect multi-faceted data on state property (including legal, physical, financial and economic aspects), undertake all activities in order to register the state-owned real estates in a cadaster, with the ownership rights and powers in accordance with the law…

Radulović told CIN CG that, based on the written statement provided by the Property Administration, it can be concluded that these recommendations have not been implemented or that their realization is in progress. As a result of such situation, the state does not have complete and accurate data on the property in its possession.

He said that the SAI is currently conducting the audit ‘’Efficacy of Establishing, Keeping and Inspection of State Property Records by State Authorities’’ with the aim of determining the number of public authorities which have complied with their obligation in properly keeping and conducting adequate oversight of the registry.

‘’State auditors are now conducting field audits of the sample of entities (Ministry of Finance, Ministry of Transport and Maritime Affairs, Property Administration, Directorate for Food safety, Veterinary and Phytosanitary Affairs, Real Estate Administration and Railway Directorate). The audit will cover the period 2015 – 2018. According to the plan, the audit will be completed in the form of the final report by the end of June 2019’’, Radulović explained.

He said that the goal is to formulate recommendations based on the established facts aimed at improvement of the system of registry, control and oversight of state property.

Radulović pointed out that a pre-study research, conducted between October and December 2018, resulted in a series of information on the records of assets held by state authorities, which prompted the SAI to conduct a comprehensive audit.

According to preliminary findings, the Property Administration does not have the information on the exact number of state bodies, local self-government bodies and state-owned or municipality-owned enterprises, which are obliged by the Law on State Property to provide data on their movable and immovable assets. 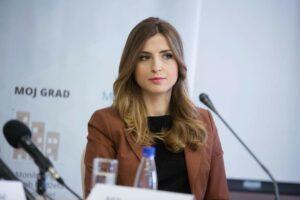 Milena Muk, policy researcher in the non-governmental organization Institute Alternative, said for the CIN CG that minutes of the Inspectorate within the Ministry of Finance stand as an evidence on the management of state propery.

In its report on the public finance management (PFM) reform, the IA underlined unsatisfactory performance of the inspectorate – during 2017 and the first half of 2018, inspectors were on their assignments only 32 times.

According to the report, most of these inspections (18) relate to the promptness of branch offices of Real Estate Administration, and not directly to the condition of the state property.

‘’During 2017, this inspection conducted a significant part of the inspections based on the reports of usurpation of state property. At least in seven cases, it has been noted that citizens are illegally using part of the state property, that there are unresolved property disputes, or that the buildings are ruined to that extent that, as in one case in Berane, they pose a threat to the citizens. On the other hand, it should be emphasized that there were only approx. thirty inspections for 18 months. This makes less than one control per inspector on monthly basis, which is unacceptably low compared to the value of state property’’, Muk said.

The Ministry of Finance for more than a half a year failed to answer why inspection controls are not performed more often, how it sees the findings on the neglected real estates, what it did about the inspection reports and how often inspectors control implementation of their orders. Inspection minutes, obtained by the IA, show that, for example, in Tivat citizen usurped three square meters of state land, building a storage on a parcel purchased form the Municipality, which would later be found to be state-owned. The next example shows that the inspection controlled usurped state property by a man from Nikšić municipality, by planting potatoes without knowing that the land was state-owned. In one cadastral municipality, it has been noted that the state-owned building was ruined, with cracks in the walls, and that two women use one of the state’s premises in Kotor as a garage…

Asked how she sees the fact that electronic registry of state property is not yet established, Milena Muk said that ‘’it is concerning that the job, for which the contract worth 200 000 EUR was signed in 2014 and which was supposed to be done in maximum 9 months, is not yet completed’’.

‘’Experience with other electronic public registries shows that, despite the technical preconditions, they are still not up to date due to two key failures: the lack of discipline of the users who should provide data, and the policy of no sanctions for such behavior’’, Muk said.

According to the report of Institute Alternative, only 32 bodies (14 administrative authorities, three agencies and funds, 12 independent and public institutions and three ministries submitted data on their assets to the Property Administration. However, due to the subsequent reorganization of the state administration, those data lost credibility, since some of the authorities that submitted the data ceased to exist, such as the Directorate of Youth and Sport or the Ministry for Information Society and Telecommunications.

This report was published within the project “Money Watch: Civil Society, Guarding the Budget!”, implemented by the Institute Alternative in cooperation with NGO New Horizon and the Institute for Public Finances, with the support of the European Union and co-financing by the Ministry of Public Administration. The content of this report is the sole responsibility of the author and in no way reflects the views of the European Union or the Ministry of Public Administration.