The European standard of representation of women in the police force is 30 percent, and according to the information available in Serbia, women currently make up 23 percent of employees, 18 percent in Macedonia, 14 in Kosovo, 13 in Bosnia and Herzegovina, 10 in Albania and nine percent in Montenegro, it was pointed out at the conference of the POINTPULSE network. 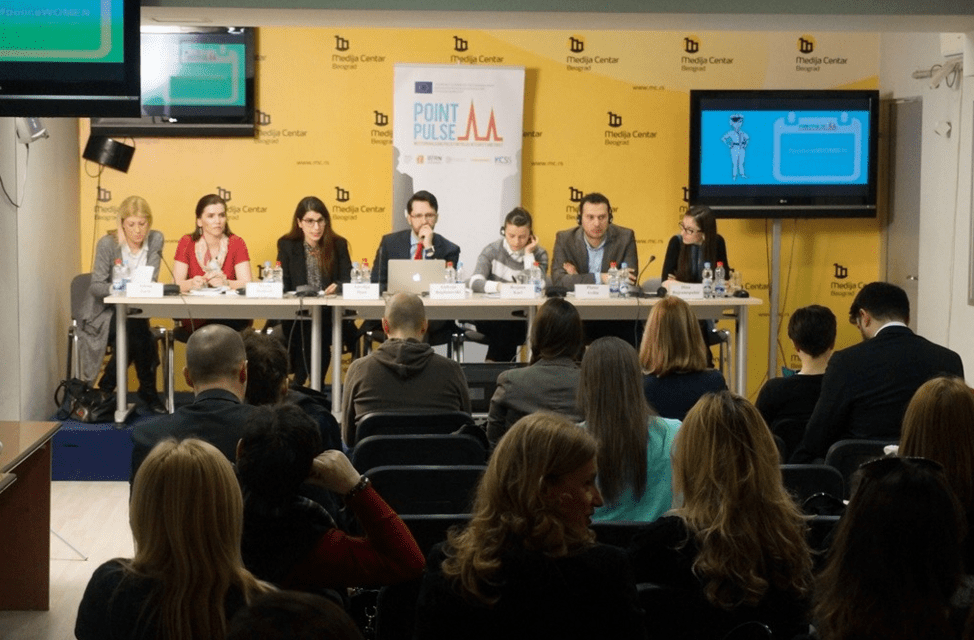 Women in police do not have the same opportunities for career advancement and there are still many prejudices which they face at the work place, it was said at the conference “Women in the Police: the Case of the Western Balkans”, which was organized on March 8th 2016 by the regional network of civil society POINTPULSE.

A big problem is the fact that women in police forces in the region are under-represented in management positions, as well as in operational and uniformed police posts.

Researcher of the Belgrade Center for Security Policy Aurelija Djan points out that women are formally given the possibility to join the police, but there is still a division between “male” and “female” jobs.

“Currently in the police, men generally perform duties that are related to a high level of physical and mental endurance, as well as the application of coercive measures and the work of the special units. On the other hand, women are assigned to administrative, legal, financial and analytical activities”, said Djan.

The situation is very similar in Bosnia and Herzegovina, said researcher Mirela Hodovic of the Center for Security Studies in Sarajevo.

“Police organizations emphasize that the conditions for men and women are the same, but in practice there are differences. Police work is still seen as a male profession, and women find it difficult to come to leadership positions. Men have much greater authority in the police and they are more trusted, which is why women need much more energy to make progress”, said Hodovic.

Policewomen in Albania face the same challenges as in the rest of the region, but research by the Institute for Democracy and Mediation in Tirana has shown that a significant factor is the lack of tradition for women to develop a career in the police.

“We should launch a campaign which will point to good examples of women in the police force that succeeded and that could be a model that other women need to look up to”, said Institute for Democracy and Mediation researcher Besjana Kuci.

In the recent history of Macedonia there were two female ministers of the Interior, as well as more high-ranking functions occupied by females.

“They could have significantly contributed to the public perception of the role of women in the police and inspire women to develop a career in the police, but we did not use this advantage. For example, in the first international peacekeeping mission in 2005. a policewoman was deployed, but is was not presented at all as a positive example that could attract more women to the police”, said Andrej Bogdanovski, researcher from Analytica from Skopje.

Researcher of the Kosovar Centre for Security Studies in Pristina Plator Avdiu said that the call for the non-administrative position in the police attracted only 5% of applications from women.

“The problem is that women do not see themselves in this position. This is due to the different stereotypes that prevail in a negative context, so women see work in the police service as a threat to private and family life”, said Avdiu.

Dina Bajramspahic, researcher of the Institute Alternativa from Podgorica, said that the key problem is that the problems of gender equality in the police is viewed in isolation from other problems in the police service.

“In order for women to be able to work and fulfill their professional duties in the police force, it is necessary not to pursue a policy of sameness. It should not be acceptable only for women to meet the male perspective on what a police officer should be, but in contrast feminine values should be respected in the same way and that should be an added value to the functioning of the police. It should be a contribution to moving the concept from the police force in the police service”, concluded Bajramspahic.