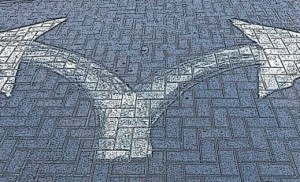 While everybody is wondering about considerations and intentions of Ranko Krivokapić and Darko Pajović, Đukanović states that the post-electoral coalition in Podgorica will be easily forged and that the adequate arrangement will be made without difficulty.

It looks like the plan will be henceforth known as „the Podgorica Arrangement“, much like „the Podgorica Approach“ in the treatment of bad credit loans (recently presented at the gathering of economists). Now, there are two options: either Đukanović knows something the opposition parties and coalitions, like Democratic Front, Socialist People’s Party and European Face of Podgorica, do not know, or somebody is unwilling to tell us the truth. Let us assume that there are no pre-concluded secret deals, or bad intentions, and that a democratic path of decision making on the coalition partner in the Capital Podgorica lies before Social Democratic Party and Positive Montenegro.

I believe that the local government coalition between European Face of Podgorica, Democratic Front and Socialist People’s Party, with the possible participation of other minority parties, would be the adequate representation of political balance of power in Montenegro today. In other words, I believe that it is the right moment for the formation of aforementioned coalition in Podgorica. Besides the majority of citizens of Podgorica who gave their support to these parties and coalitions at the election day, this coalition arrangement would enjoy tremendous support from the civil society, while it would not lack support from the international organizations either.

Insisting on the “minority mayor” of the coalition between Social Democratic Party and Positive Montenegro does not have much legitimacy, not only because the coalition’s election result falls below every expectation, but also because it would mean continuation of the current DPS government in Podgorica, post-electoral agony, as well as holding new elections with a great chance for DPS to win (the example of repeated elections in Nikšić in 2012 clearly lead to this conclusion).

There is not one reason for the councilors of SDP and Positive Dragan Bogojević, Raško Konjević, Azra Jasavić, Damir Šehović and Luka Rakčević to refuse to raise their hands and vote for the “opposition mayor” of Podgorica, when two years earlier they supported Miodrag Lekić for the president of Montenegro (at least they did not support DPS candidate Filip Vujanović).

There is nothing unnatural for Dragan, Azra, Raško, Damir and Luka to work together with Aleksa, Zdenka, Dragan, Vladimir, Milica, Kolje and Mitar from SNP.

There is nothing against Podgorica and against Montenegro for Dragan, Azra, Raško, Damir and Luka to vote together with Miodrag, Goran, Branko, Zoran, Ljiljana, Radoš, Čelo and Omer, Aleksandra, Tatjana, Slaviša, Nataša, Dragutin, Nikola, Boris i Branka from Democratic Front.

Joint exercise of power in Podgorica would represent a key test of the ability to exercise power at the national level. In the end, it was SDP that cooperated with other opposition parties over the past four years in the Local Assembly. Therefore, it is only logical to reach the next level in their cooperation through forming local government.

If the leadership of Positive does not want to destroy the party that was founded less than two years, it will soon announce its clear stand to SDP and to the public. This way, they can help SDP make the right decision, as well. Positive will not be saved by the situation (spontaneous or planned) in which SDP supports Migo Stijepović, while Positive stays abstained or vote against such a proposal. In that situation their responsibility for the actions of their coalition partner will not be written off. Moreover, it will destroy any possibility for the two parties to appear together in some upcoming elections, which could be fatal for the political future of both parties.

Unless the leadership of the European Face believes that the mere condition of being Montenegrin, Bosniak, Albanian, Muslim, Croat, being for the state of Montenegro and for the membership to NATO, creates an obligation for you to vote for DPS or at least be their obedient partner.

If it is true that DPS is not a state (and it is not), how it beautifully said Minister of Interior and Vice President of SDP in an interview less than fifteen days ago, then it would be just as untrue to say that DPS is Podgorica, or that it is not possible to love Podgorica and refuse to cooperate with DPS and vote for their mayor at the same time.

It is high time for Krivokapić and SDP to take the new path, without abandoning their principles and values. Therefore, if SDP (and Positive) does not support DPS in Podgorica, it will probably have to try to survive (perhaps at the cost of some further compromises with DPS) in the Government until the end of its term of office or until Montenegro joins NATO.

Even if DPS decided to force early elections, SDP (now in the coalition with Positive) should not, with its nine percent, be worried about its parliamentary status. DPS knows that the new elections in the fall, if organized, would not result in a happy ending. Even with securing an absolute majority, the rule of DPS would not last long, similarly to the situation after the 1996 elections – a historical parallel SDP, then without parliamentary status, needs to take into account as a mitigating factor for the interpretation of the political process and its own decision in the upcoming period.

By supporting the “opposition mayor” in Podgorica, Krivokapić will be able to continue to support those policies, especially the policy of NATO accession, that differentiate SDP from the vast majority of the opposition. Just the same as the aforementioned majority of opposition, like DF and SNP, cannot expect and request from SDP to change its attitude towards Montenegrin identity, NATO integration, and other issues that were previously separating them, as they still do. Opposition must agree to make trade-offs in other cities.

For forming the Government with SDP at the national level, DF and SNP will likely have to wait for Montenegro to become a NATO member. While it can be frustrating to wait, the traditional opposition, SDP and Positive could take advantage of this time to strengthen their ranks, work on internal reforms and policy coordination.

In the end, it seems that this arrangement would not leave Đukanović unsatisfied either, since he would get a chance to tell the story to domestic and international public of democratic Disneyland where there is rule of one coalition at the national level and the rule of other, comprising of their fierce enemies (and associates), at the level of the largest city and the capital of Montenegro.

Text was originally published in the ,,Forum” section of the daily Vijesti