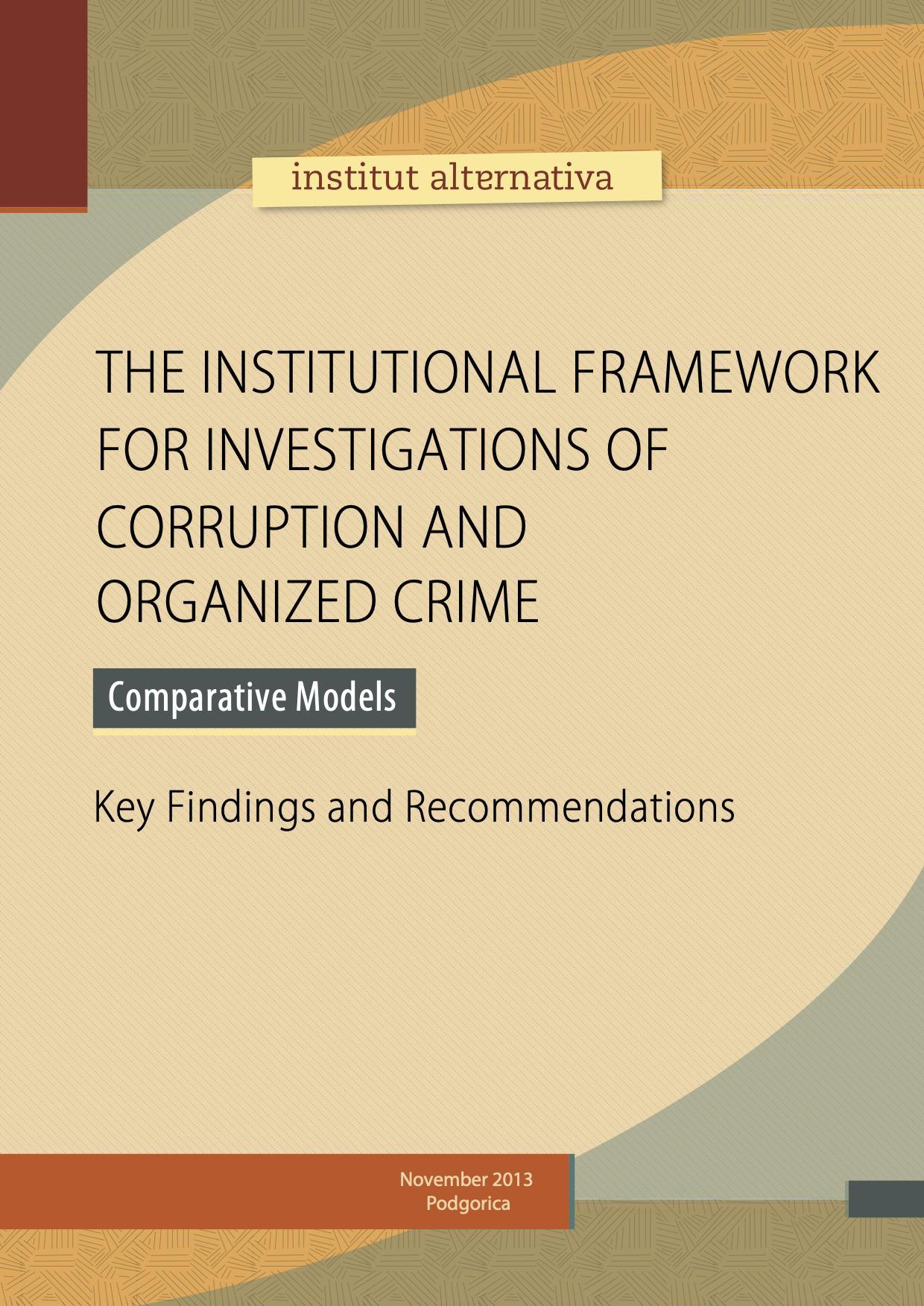 Although the issue of fight against corruption and organized crime is one of the most common topics in the Montenegrin public discourse, during the 2013th included, the Progress Report of the European Commission on Montenegro continues to record the same serious concerns for the situation in this area. The idea of reorganization and establishment of the independent Office of the Special Prosecutor for the Suppression of Corruption on High Levels and Organized Crime came from Miroslav Lajčak, Minister of Foreign Affairs of Slovakia. This proposal was endorsed by the Government of Montenegro, which announced its plan to establish the Special Prosecutor’s Office modeled on the Croatian Uskok.

Following the indicators of the need for further reform of the institutional framework for investigations of corruption and organized crime in Montenegro, it is our intention with this study to provide alternatives and models for improving cooperation and efficiency of all stakeholders, especially the Prosecution and the Police. Bearing that in mind, we analyzed and indicated the problems and lessons learned from five countries’ institutional frameworks: Bulgaria, Lithuania, Macedonia, Romania and Serbia. The conclusions we reached became additionally actualized with the beginning of work of the Government’s working group for drafting special legislation, which will regulate the jurisdiction and organizational structure of the State Prosecution for dealing with cases of organized crime and corruption.

The study consists of two parts – the first includes a summary of the recommendations relevant for the Montenegrin context, with special emphasis on the examples of good practices of the Special Prosecutor’s Offices, while the second part presents in greater detail the institutional frameworks of the five aforementioned countries, providing an overview of all authorities with investigative powers in cases of corruption and organized crime.

The study in front of you “The institutional framework for investigations of corruption and organized crime – Comparative models” was created as part of the project of Institute Alternative dedicated to strengthening inter-institutional cooperation in the criminal justice system of Montenegro. The project was supported by the Bureau of International Narcotics and LawEnforcement Affairs (INL) of the State Department through Embassy of the United States in Montenegro within the “Criminal Justice Civil Society Program”.

The research was conducted from July to November 2013. We owe special gratitude for the information provided to the following institutions: Embassies of Bulgaria and Romania to Montenegro, which acted as mediators in the communication with relevant authorities of these countries; Romanian Ministry of Foreign Affairs and Directorate for Investigating Organized Crime; Lithuanian Institute of Law and the Police Department under the Ministry of the Interior of the Republic of Lithuania; as well as the Special Prosecutor’s Office for Organized Crime of the Republic of Serbia.