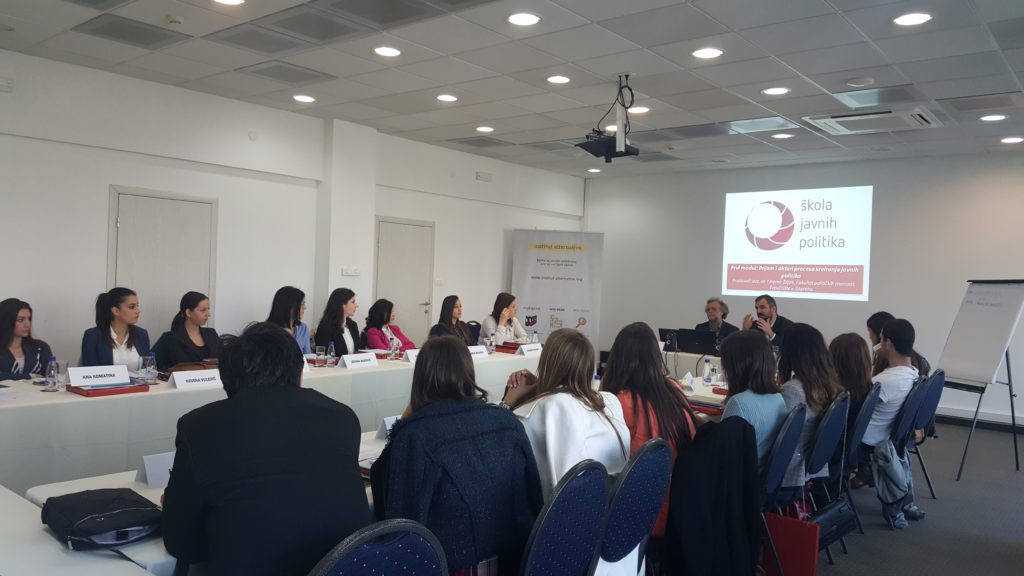 Lectures within the First module were held on Friday and Saturday, 28 and 29 October 2016 in Podgorica. The concept and stakeholders of the process of public policy making were presented by Tihomir Žiljak, PhD, a professor at the Faculty of Political Science of the University of Zagreb.

Welcoming remarks were delivered by Stevo Muk, President of the Managing Board of Institute Alternative. He presented the goals of this flagship IA’s project that is being implemented fifth year in a row. He emphasized our aim to provide the necessary knowledge and skills to current and future actors of the public policy creation and implementation process, but also to enable communication and cooperation between different sectors and institutions. Stevo emphasized that this programme was created as a response to the lack of capacities of public administration for creation and implementation of coherent and sustainable public policies, but also to the lack of comprehensive approach to studying public policies within the formal education system in Montenegro.

The introductory topics – definition of public policy and stakeholders, instruments and phases of policy creation were presented by Tihomir Žiljak, a professor at the Faculty of Political Science at the University of Zagreb.

At the beginning, special attention was dedicated to differentiating between politics, policy, and polity, as well as between governance and government. Various definitions of the term public policy were presented: from those which stress action – “collective puzzle making”, “network of decisions and actions that allocate values”, to the ones which stress inaction – “a thoughtful selection of action or inaction”. Also, the difference between definitions which accentuate the vertical dimension of public policy “everything the government chooses to do or not to do” and the ones which refer to the horizontal dimension which includes the relationship of the participants in a variety of organizations and systems, outside the hierarchical lines of authority.

On the second day, different types of actors (state and non-state) in the process of public policy making, as well as models of their cooperation (advocacy coalitions, epistemic communities) were listed. Using the example of anti-corruption policy in Montenegro, different actors were mapped and structured in various groups considering their influence and motivation to solve problems while different forms of their mutual cooperation were discussed as well.

The project Public Policy School – V generation is implemented with the support of the Commission for Allocation of Funds from Games of Chance and Think Tank Fund – Open Society Foundation. The School is licensed as an official program for the acquisition of knowledge and skills in the field of public policy by the National Council for Education of Montenegro. 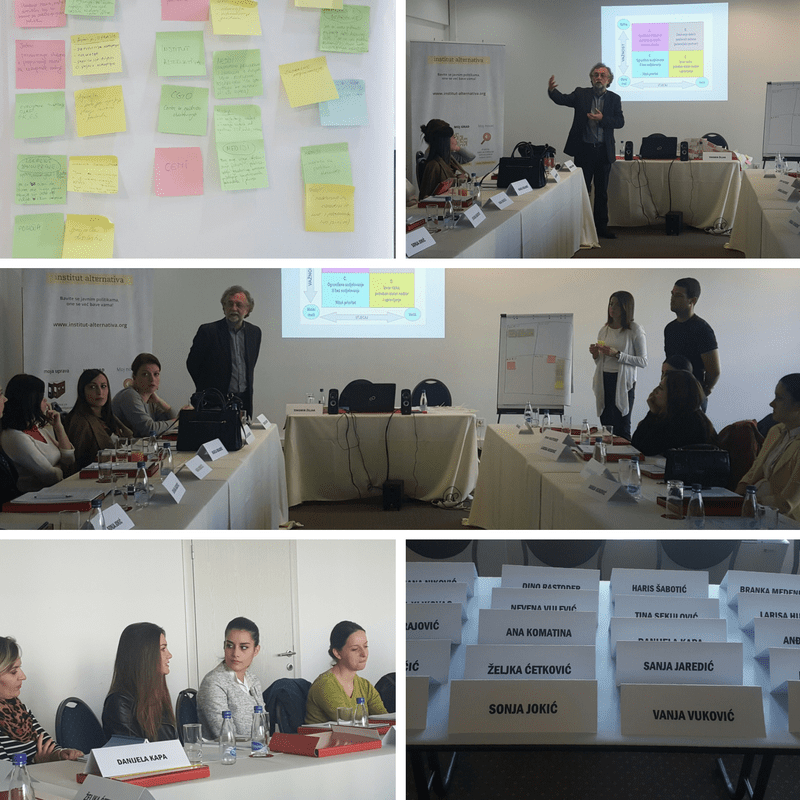