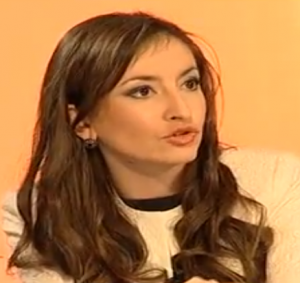 It would not be a good scenario if the President of the Supreme Court “installs” her candidate for the Chief Special Prosecutor, as speculated by the media, but it also would not be good to be elected by the High State Prosecutor, at his own discretion. The appointment of the Chief Special Prosecutor requires criteria for the objective assessment of the candidates and professional achievements as recommendation, but any of the prerequisites for the right choice have not been set up yet.

Although the public call as an election procedure leaves room for manipulations, it cannot be questioned, because there is no alternative. It is the only chance for persons that fulfill prescribed requirements to formally express interest in conducting responsible function and to be publicly and transparently compared. The alternative to the public call would be discretion in decision-making process and complete concentration of power in the hands of the decision-makers, and we already have enough bad experience with that. Therefore, the question is not if the Chief Special Prosecutor and special prosecutors will be elected based on the publiccall , but if the election criteria are being set up properly and which procedure will be used to elect between those who fulfilled the requirements. And that’s where the problem is.

Namely, after applying for the public call, the Draft Law on Special Prosecution anticipates some kind of evaluation, but without “giving marks” and assigning points for criteria. Put differently, Prosecutorial Council is going to “evaluate” candidates qualitatively, based on criteria and sub-criteria and will not be able to determine a final score for each candidate. According to the Draft Law, Prosecutorial Council makes the decision based on the opinion of the institution which delegates the candidate. The Draft Law does not prescribe how exactly the decision is being made or if there is a ranking list to be made.

During the public discussion on the Draft Law on Special Prosecution, Institute Alternative advocated the solution that the Chief Special Prosecutor and special prosecutors are not being elected among the state prosecutors exclusively, because the State Prosecutor’s Office must open itself to diversity of experiences and approaches, in order to be able to response to the challenges. Good thing is that the Government has accepted this proposal and enabled judges and lawyers to apply for these positions, as well. There is no doubt that the special prosecutors have the most difficult tasks. It is their work or inactivity in the following period that will decide if the negotiations will progress or not. It would be good to use that exact fact as a motivation for the interested candidates to apply.

This is precisely why the more frequent public appearance of the state prosecutors recently, talking about their cases and their work, is commendable. The key for the better results of the State Prosecutor’s Office is to insist on responsibility of each individual and focus on objectively measuring accomplishments of each prosecutor or manager and individual responsibility. Until now, the practise in the work of the State Prosecutor’s Office has been to constantly insist on a subordination (of lower to higher prosecutors) and Constitutional „uniqueness“ of that state body. Interpreted like this, the role of the state prosecutor is being reduced to the puppet role, especially when the prosecutors are aware their advancement depends on their „obedience“ and patience. Subordination should be seen as a legal possibility of regulation, not a regular manner of functioning, particularly when it comes to Special Prosecutor’s Office, where specialization must have priority over hierarchy. Bearing in mind the importance of achieving results in the field of fight against corruption and organized crime, the law should stipulate that the Chief Special Prosecutor corresponds and submits the report not only to High State Prosecutor and Prosecutorial Council, but also to the Parliament and competent committee.

Text originally published in the ,,Forum” section of the daily Vijesti