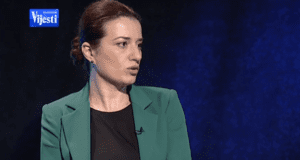 Our research coordinator Jovana Marović has participated in a talk show “On Fridays at 8” with Tina Raičević, broadcast on TV Vijesti. The topic of the show was corruption in urban planning, public procurement and public – private partnership. Among other things, guest of the talk show talked about numerous problems in these areas: land sales that were not in the best interest of the citizens, unsuccessful projects of the public – private partnerships, poor implementation of concession policy.. The Institute alternative has dealt with these issues within the framework of the joint project with the Centre for Civic Education (CCE) “Corruption at the local level – zero tolerance!” supported by European Union, but also within many other researches.

You can watch the entire talk–show at the following link: