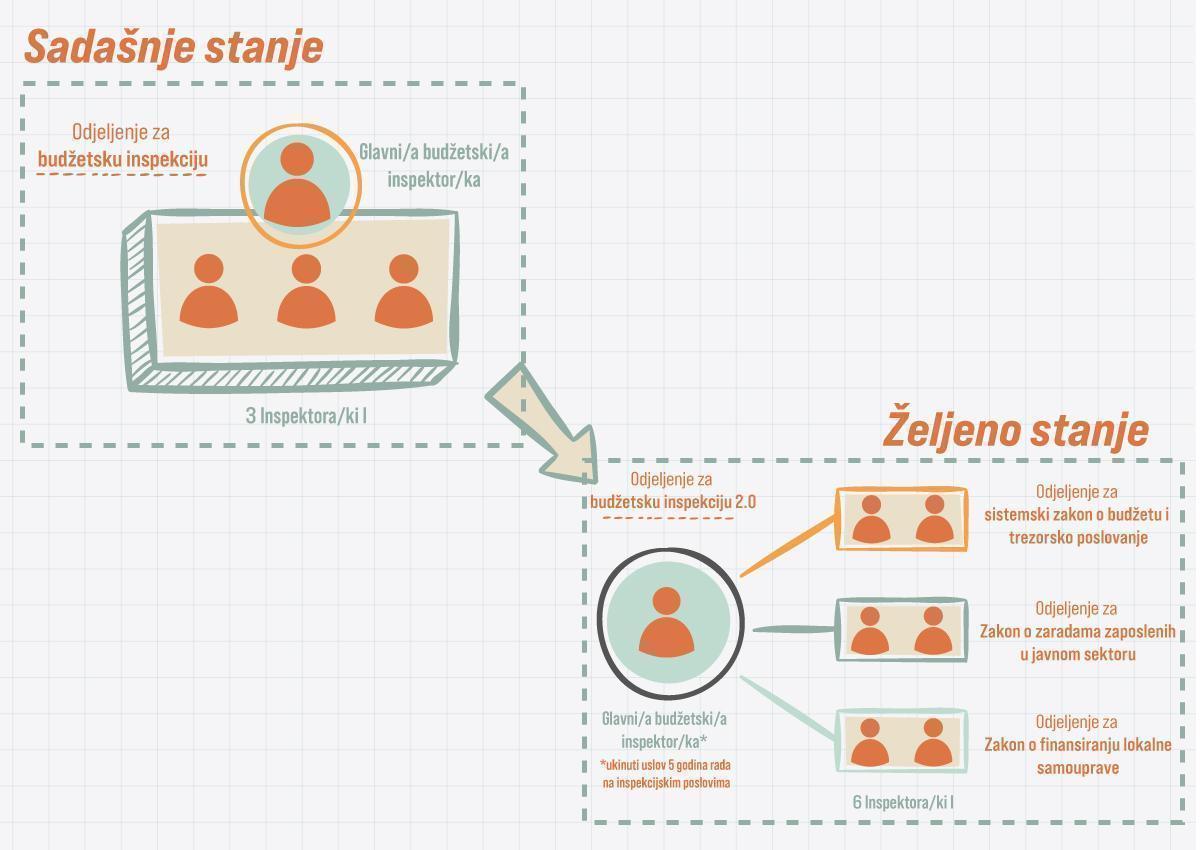 During the entire mandate of the former Government, workplaces in the Budgetary inspection  were vacant.

Even when the inspection was functioning, it did not have good results – it did not file misdemeanour charges nor was the data about its work available to the public (minutes were marked as INTERNAL).

Budgetary inspection could play the main role in making order in the way money is spent throughout the public sector, scrutinising previous practice but also preventing them from repeating in the future.

In order for the budgetary inspection to function, three steps are necessary:

1. Change the systematisation which will increase the number of inspector from 3 to 6.

The current number of systematised positions is not enough to cover the implementation of the three systemic laws in the entire public sector of Montenegro. Especially having in mind that this is most broadly defined so that in addition to state administration and local self-government it also includes public companies, institutions, funds, regulatory agencies. Investing in supervisory bodies of this type could be a cost in a short term, but their proper action could prevent abuse and misuse, and save the budget.

2. Introduce three departments for three systemic laws under supervision in order to properly cover the entire task of budget inspection.

This inspection is under the jurisdiction of three systemic laws: the Law on Budget and Fiscal Accountability, the Law on Wages in the Public sector and the Law on Local Self-Government Financing. Considering these are three separate areas, an organisational structure is needed and the one that will encourage specialisation of inspectors for the details of these three laws and thus to deal evenly with the inspection of the entire scope of its competencies.

3. Abolish the condition for Chief inspector.

In current systematisation, the position of the Chief budgetary inspector, among other things, requires “5 years of inspection work for the Chief inspector”. As this is a specific inspection, different competencies and three different laws over which it supervises, we consider that this condition does not recognise the specifics of the budgetary inspection and unjustifiably narrows the basis for the selection of possible candidates. During the period from 2016, several attempts were made to fill this position, but without success. Repeating the competition under the same conditions will either give the same result or lead to the wrong personnel situation for this important position in the system of public finance supervision.

We consider that these three steps are a precondition for the functioning of the budgetary inspection and the realisation of its goal of protecting public finances and respecting the three key systemic laws.