Skip to content
Institute Alternative » Parliamentary program » Strengthening the influence of the Parliament: The hearings should have the impact 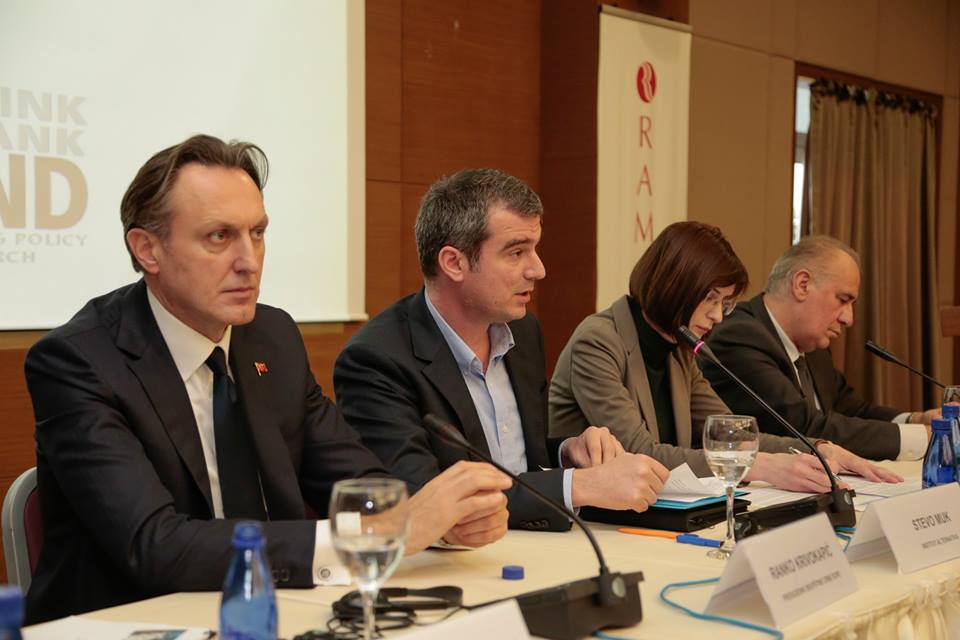 Although they are more frequent lately, control and consultative hearing do not create the needed impact due to the fact that the most of their conclusions remain unrealized, said Stevo Muk, the president of the Managing Board of the Institute Alternative, during today’s conference on the role of the Parliament.

More specific conclusions from the hearings are needed, as well as implementation and impact in reality. It is necessary that the opposition uses their right of mobility of two hearings to the full extent in all Committees during the year, which they were not practicing by now, said Muk at the conference “How to improve the oversight function of the Parliament?”, organized by the Institute Alternative with the support of Think Tank “Open Society Foundation”.

He reminded that the institutions are not obliged to report on the realization of the Parliament’s recommendations, as well as there is not any kind of political responsibility if the committees do not adopt the reports on their work

“There is no procedure for examining complaints submitted by citizens and the current structure of the working bodies in parliament is not optimal in relation to the scope of their competence,” said Muk, recalling that IA offered specific recommendations for improving the oversight function of the Parliament.

The keynote speaker, apart from the President of the Managing Board of IA, was Ranko Krivokapić, the President of the Parliament of Montenegro, who emphasized that even though the Parliament didn’t have enough efficient conclusions after the hearings, the fact that the hearing were conducted goes in favour of the transparency of its work as well to the evolution of the parliamentarism.

“The political elite has to be aware that it has the responsibility which is not solely legal”, said Krivokapić, emphasizing the importance of the role of the NGO sector in Montenegro, where there are still no conditions to fulfill fundamental public and state interests.

Aleksandar Damjanović, the Chairman of the Committee on Economy, Finance and the Budget, said during the first panel that the existence of certain committees, which rarely convene sessions, should be considered. He also said that one MP should not be the member of more than two committees.

He and Marta Šćepanović, the MP from the Democratic Party of Socialists, one of the speakers at the conference, have supported the idea advocated by the IA earlier, to enable the live stream of the committee sessions.

Rifat Rastoder, the Chairman of the Committee on Political System, Judiciary and Administration, has emphasized that the MPs do not consider the politics as a serious work, while the sessions of the Parliament remind him of the multiparty discussions.

Predrag Bulatović, the Chairman of the Anti-corruption Committee, pointed out the challenges this body has faced in the process of the oversight over the fight against the corruption. He reminded the audience that the representatives of the Prosecutor’s office earlier had the attitude that their presence at the Committee meetings is not obligatory. 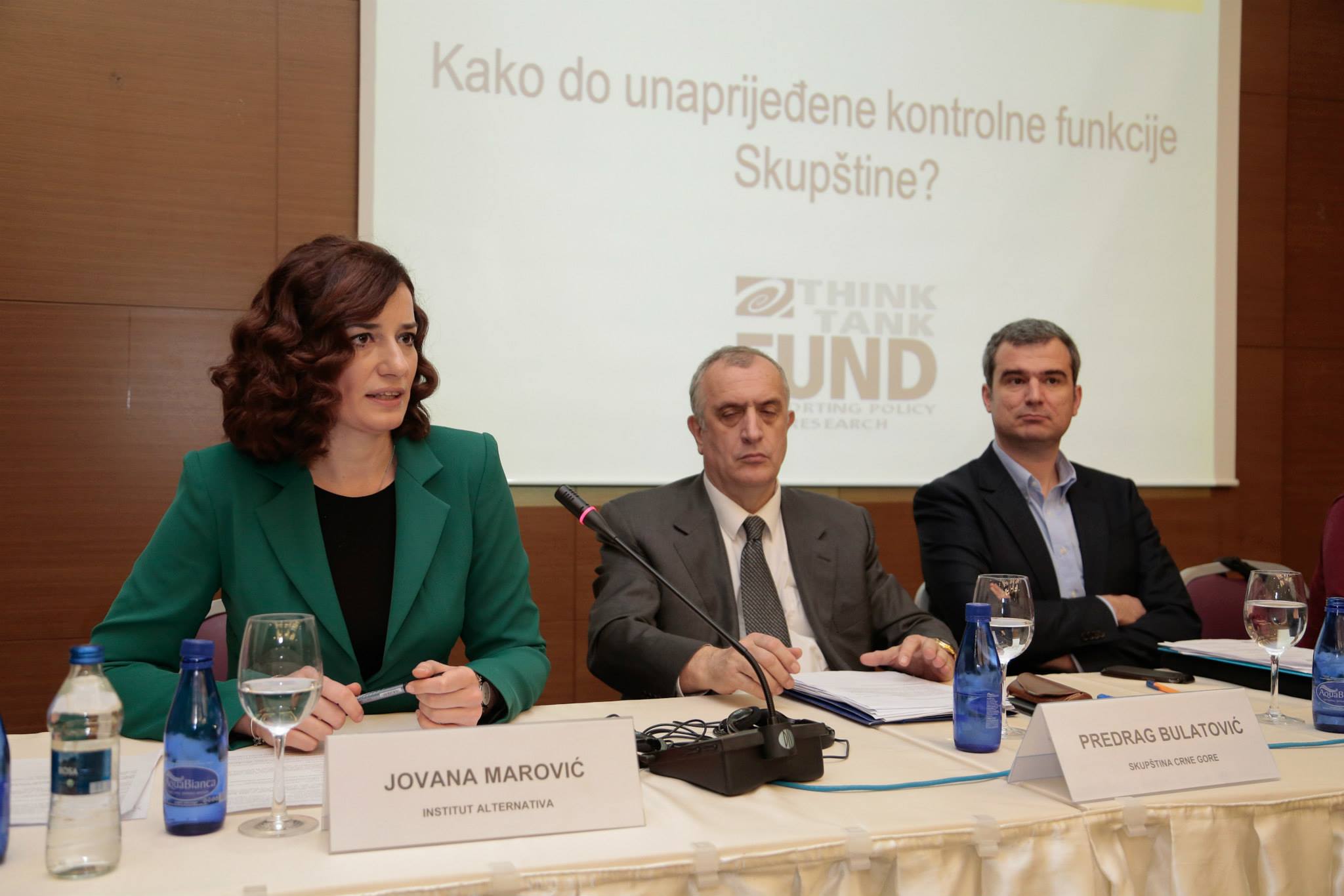 “Now their respect this legal responsibility and that is one step forward”, said Bulatović, emphasizing, however, that the Anti-corruption Committee and the Committee on European Integration are the only committees which have the deficit of the opposition representatives.

Jovana Marović, the Research Coordinator in the Institute has emphasized that the Parliament has been using its role in the fight against the corruption through the work of the Anti-corruption Committee, through the usage of the control mechanism as well as the monitoring of the negotiations between Montenegro and the European Union.

She also reminded that, more than two years after the establishment of this body, the Anti-corruption Committee has not succeeding in answering the question posed by IA in one of its papers – Is this working body the cure or the placebo for the corruption on the country.

Marović underlined that the public should be informed about the contribution of the Parliament to the negotiations with the EU.

“Since the Action Plan for the Chapter 23 will be the only strategic document about the contribution of the Parliament, some kind of consultative hearing in the Committee on the European integration should be organized on quarterly basis, or, alternatively, the joint meeting with the Anti-corruption Committee, where the Minister of Justice and the Chief Negotiator would report about the progress on the implementation of the plan, potential problems in the realization as well as about the challenges in the process of negotiations and fight against the corruption”, she added.

Slaven Radunović, the Chairman of the Committee on the European integration, has pointed out the gap between the legislative framework and the political will for it implementation. “If there was a political will in Montenegro, we would not have had any problems even with the old legislation.”

Svetlana Rajković, from the Ministry of Justice and the negotiator for the Chapters 23 and 24, said that the capacities of the state bodies for the fight against the corruption are limited, but that there is some progress in this field.

“We can pass the best laws, but as long as all of us individually, as citizens, don’t believe in them, they are not going to be applied”, said Rajković.