Citizens no longer have to collect up to 30 documents to receive social assistance fee. However, it is not always possible to obtain the information necessary for the exercise of this right through a “Social card”.

These are some of the key conslusions of the discussion “Social Card: A step ahead of time” organised by Institute Alternative. 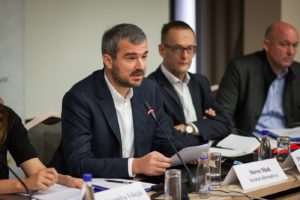 Stevo Muk, President of the Managing Board of Institute Alternative, in his introductory speech, reminded that the introduction of the Social Card, which is an information system of social care, was a pioneering effort made to establish a unique address in the field of social and child protection, aiming to improve the administrative services in this field.

“By connecting 9 state registries with social work centers, citizens should have been relieved of the obligation to collect a pile of certificates for the implementation of the social program they applied for, but also to ensure that assistance was provided to those who really needed it,” Muk explained.

She pointed out that the registries connected through the information system of social welfare were not always functioning. The Central Population Register was “out of order” for nine months during two years of functioning of the Social Card.

Research showed that by introducing this information system, the number of users of social assistance fee has declined. However, in parallel with this, the number of lawsuits to the Administrative Court over denied claims for this fee has increased.

“In 94% of cases, the Administrative Court upheld these lawsuits,” Bulatovic emphasized, emphasizing that this was an indication that the Social Card did not contribute to a better decision-making in administrative procedures.

She also added that facilitation in the records keeping, enabled by the Social Card, did not lead to the production of expert analysis, with the aim of better social policy planning.

Aleksandra Višnjić, Program Manager for the Social Card in the United Nations Development Program (UNDP), said that this project, unfortunately, was only reduced to interoperability in the lay public.

The key objective of the project is significantly wider and it encompasses the overall reform of social and child protection, Višnjić explained, with the emphasis that there is no similar project anywhere in the surrounding area.

She added that the biggest challenge was the development of human resource capacities, and that a large number of trainings were conducted. The improvement of the legal framework lasted for a year.

“Forty workshops are organized annually aiming to design the functionality of the system,” she added.

Višnjić explained that nine institutions were networked through the social card, but that a total of 18 web services were established.

“One web service did not work for nine months, which was a challenge for the project,” she explained with the emphasis that this did not jeopardize the overall functioning of the Social card.

Dragan Raketić, Director General of the Directorate for Informatics and Analytical-Statistical Affairs at the Ministry of Labour and Social Welfare, explained that the citizens had to collect up to 30 documents before applying for material security. 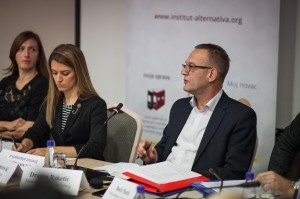 “The introduction of the Social Card is best for the users themselves. They do not have to waste time getting evidence,” he added.

Raketić agreed that there was a problem with the Central Population Register, which lasted for a while, as well as that there were other problems, because the institutions are developing new information systems, which conditioned the migration of data.

“We have the result that the data were not available at any moment,” he explained.

Nevertheless, Raketic believes that if one of the services does not work on a daily basis, this should not be a major problem, emphasising that observed shortcomings are being solved.

Boris Marić, former Minister of Labour and Social Welfare, agrees with Raketić that the failure of business processes between institutions is one of the main obstacles to more efficient interoperability.

Marić stressed that the problem is that the social card does not have all evidences. This mostly refers to the granting of short-time social aid granted by municipalities, but also ministries and public enterprises, while records of recipients of this assistance are not linked within the Social Card.

Suzana Milović, from the Center for Social Work Podgorica, said that the Social Card simplified the approach and way of exercising rights to citizens, but also simplified the work processes in the centers.

“Sometimes the evidence was collected for up to a month, so it would become obsolete when it comes to deciding moment. Now evidence is collected at the same time, which increases their validity, “Milović explained.

Panel discussion was held with the support of the Commission for allocation of part of revenues from games of chance of the Government of Montenegro. 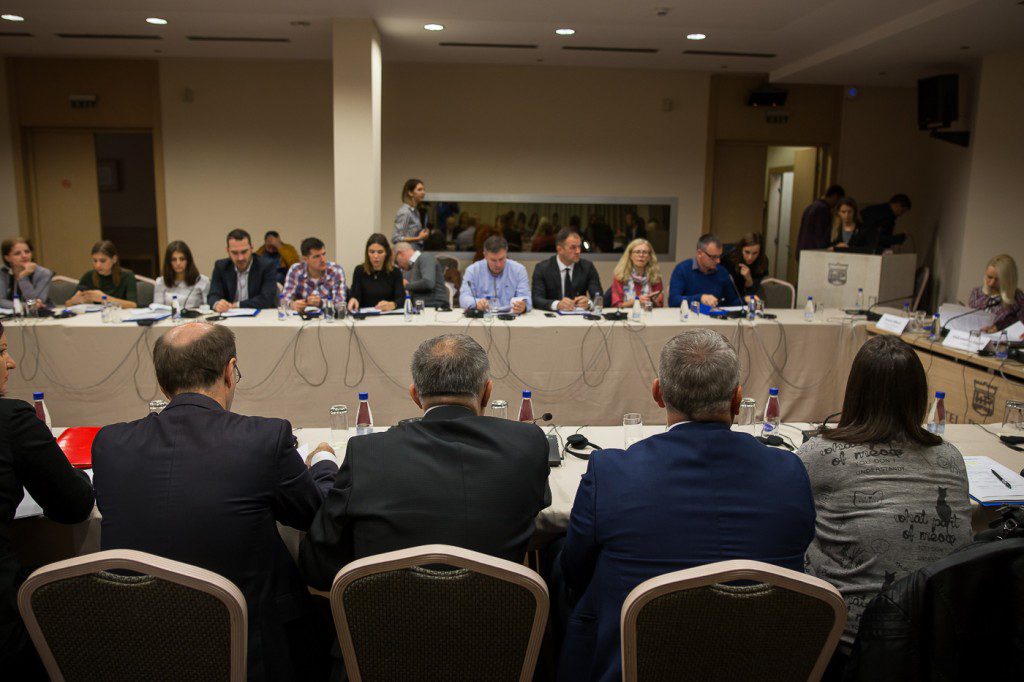 Institute Alternative announced that a research on the Social card will be published during the following month, and that included analysing over 400 decisions of the Administrative Court, a surveying 25 employees in social work centers, in-depth interviews with key actors, analysis of available documentation and a large number responses to requests for free access to information.