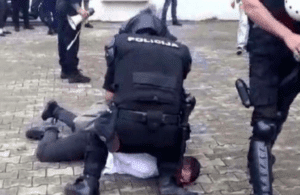 We appeal for the detainees to be released, and the police and the Prosecutor’s office not to get involved into resolving the legal and political crisis in the local self-government of Budva. We call on the competent court to decide urgently on the relevant cases before this court.

We expect that procedures will be initiated before all supervisory and control mechanisms of the police work regarding the actions of the police. The police in a democratic society must not be abused for the interests of one political group.

We urge the European Union to send a strong warning to the President of Montenegro Milo Djukanović and the Prime Minister of Montenegro Duško Marković about the inappropriate interference of the Government and the police into political issues and local self-government affairs.