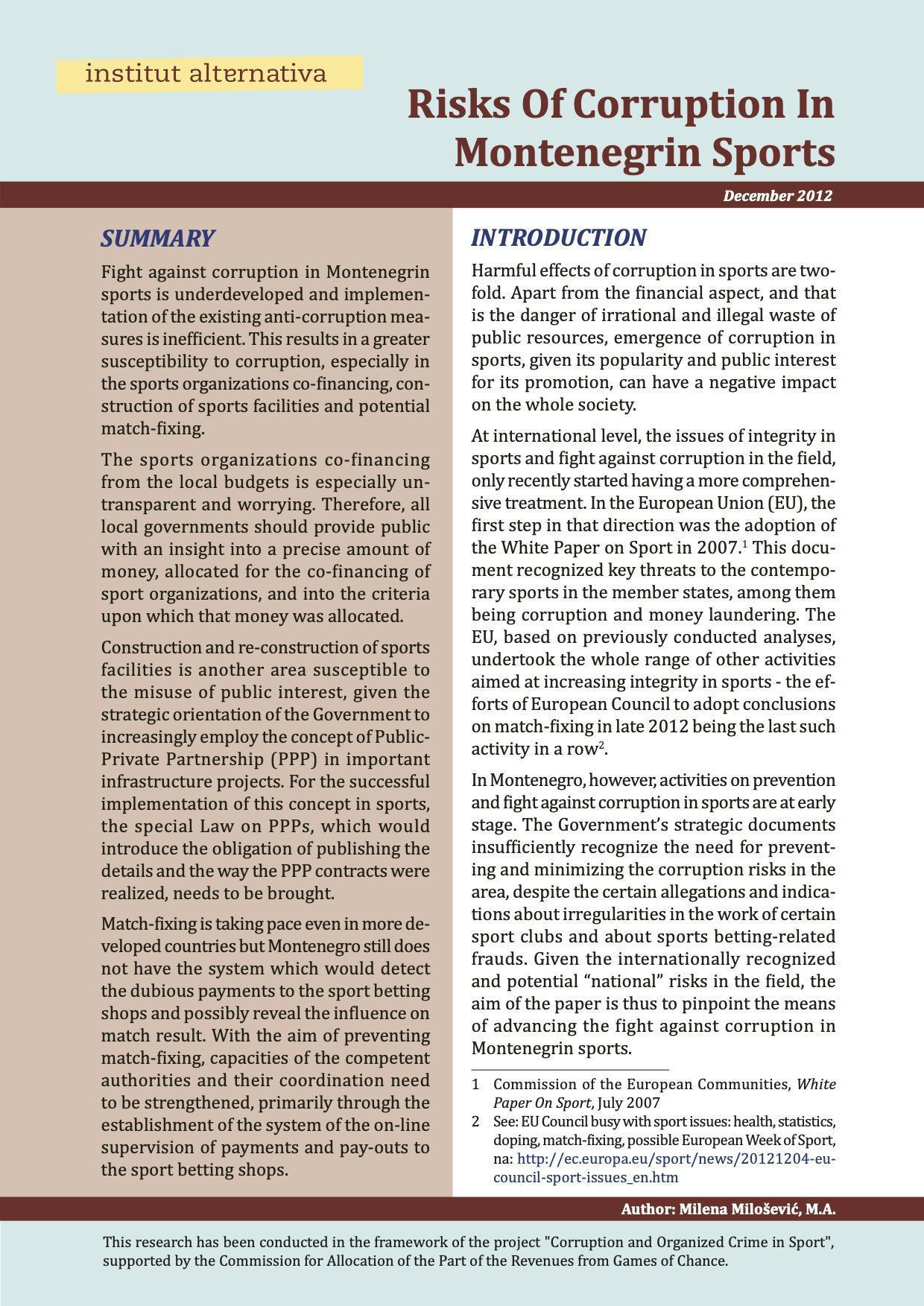 At international level, the issues of integrity in sports and fight against corruption in the field, only recently started having a more comprehensive treatment. In the European Union (EU), the first step in that direction was the adoption of the White Paper on Sport in 2007. This document recognized key threats to the contemporary sports in the member states, among them being corruption and money laundering. The EU, based on previously conducted analyses, undertook the whole range of other activities aimed at increasing integrity in sports – the efforts of European Council to adopt conclusions on match-fixing in late 2012 being the last such activity in a row.

In Montenegro, however, activities on prevention and fight against corruption in sports are at early stage. The Government’s strategic documents insufficiently recognize the need for preventing and minimizing the corruption risks in the area, despite the certain allegations and indications about irregularities in the work of certain sport clubs and about sports betting-related frauds. Given the internationally recognized and potential “national” risks in the field, the aim of the paper is thus to pinpoint the means of advancing the fight against corruption in Montenegrin sports.