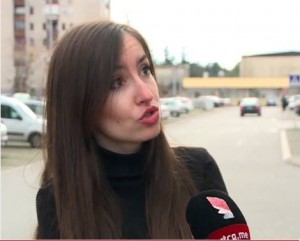 Replacements of the Head of authorities, as the act of the sanctioning due to the lack of results and serious omissions, make sense only if: those replaced are not shifted to another managerial position and secondly, even more important, if their position has been fulfilled by better, more professional and capable officials. Otherwise, the replacement does not make any changes while all the circumstances which brought to the replacement are staying “indoors”. And that’s how our practice works. Since there is not serious assessment in the state administration, the Head of authorities are usually appointed without any expert criteria, without any merits or results that would recommend them. Then, they are being replaced without any explanations, followed by appointing others in the same manner. The problems remain the same, rotating in the circle with the people who are also being rotated among different organizational unit and bodies.

Let’s start with the last example of the replacements in the Police administration. The replacements in this state body are maybe the most frequent and most confusing, since the consequences of the omissions are drastic and visible to the citizens. But does anyone really think that the new Head of the Criminal Police Sector will be more capable of his predecessor in preventing the car explosions near the kindergarten in the middle of the day? It goes without saying that someone has to be held responsible for alarming events happened in the last period of time, but the replacements will not bring the solution to the problems. The real question should be whether the causes for omissions are being treated well. If the cause is the lack of capacities in the Police, is the Strategy for managing human resources being improved? Are the missing skills being analyzed well? It is necessary to fundamentally reassess the system of salaries and the system of assessment. If we have the Police officers whose work is not being adequately evaluated and who are aware of the fact that they cannot progress based on objective merits, they will not have any interest in contributing to the service. The transparency is the key and citizens and employees need to know why is someone who is promoted better than everyone else.

On the other hand, the year 2014 ended with sudden resignation of Boro Vučinić, the Director of the National Security Agency (NSA). Until today, the public did not get single serious information about what has happened. Instead, the number of the worrying assumptions about the reasons of the resignation is getting higher, which brings even more mistrust in the NSA. The reasons such as “the act of personal resignation” or “over-saturation with the job” don’t seem convincing because Vučinić didn’t wait to appoint new director, nor he officially declared his reasons of resignation in public. He neither attended the meeting of the Defense and Security Council with his resignation as the main topic of the agenda. What is of the great importance is to observe the „behaviour“ of the system in this situation. To start with, there are two hypothetical possibilities for this replacement/resignation – the Government does not need Vučinić or Vučinić does not need the Government.

The first, common assumption would be that Vučinić has made the omission, the problem or that he represents the obstacle to further reforms of the NSA, thus, the Government wants to “punish” him and appoint someone else to continue his work. In this scenario, the Government is obligated to notify the public about it because the NSA is not someone’s private company. It is unthinkable that the employees in the state administration are being appointed and replaced without the accountability toward the citizens who, in the end, pay it all. Does the silence of the Government means that it is leaving the space to appoint Vučinić to some other managerial position? In the atmosphere when the columns in newspaper are being filled with theories how the NSA is connected with the organized crime, with the Russians and whom else not, the Government with its arbitrary decisions doesn’t contribute in removing tensions.

The second theory is that Vučinić has opposed to one of the Government’s decision in regard to NSA, refused to work or continue working what was asked from him, until the differences in the opinions have reached the point of mutual exclusion. It is crucial to understand that, in this very moment, there is not the efficient institutional mechanism which would support Vučinić or any other official who does not agree with the Government’s policy. The Defense Council did not succeed to institutionally solve this problem. The Prime minister and the President have been against the decision that this topic is being discussed at all. The result of the coerced meeting has been the reduction of this question to the personal relation between Prime minister and the former Director which was meant to be discussed among them rather than treat it as the question of national importance. Although the representatives of the opposition have continued to talk about this question in the Security and Defense Committee, the parliamentary majority did not show interest in further discussion on this topic.

Whether someone likes it or not, Vučinić has given his contribution even to the reform of the Army, while he was at the Minister of Defense as well as to the reform of the NSA. The fact is that NATO standards for intelligence sector are not too high, but judging by the statements of foreign officials, the conditions they set have largely been met. From everything said, the employees in the state administration can get the following message: everyone is replaceable and irrelevant, while the results and the quality don’t mean a lot.

Every government dreams of having the unlimited power, to work whatever and however it wants and not to be held accountable, but this practice is simply unacceptable for the citizens. The challenges to the integrity, the respect for the professional standards and principles are much bigger than e.g. the risk of corruption, because the regulations are not being violated only for the personal use, but also on behalf of the state or Government. Therefore, there must be a system that reacts predictably, restricts arbitrariness and encourages professionalism.

Text originally published in the ,,Forum” section of the daily Vijesti