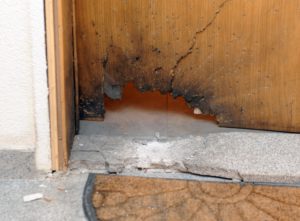 The State of Montenegro and its security structures, primarily the Police Administration and the National Security Agency, must do everything in their power to expose culprits of the attack on the Chief of Police Miloš Radulović. The State must provide its officers with security and dignity, especially when they are faced with pressure from criminal structures. Fight against organized crime implies that numerous officers of Police Administration and other investigative authorities risk their lives by exposing activities of criminal groups.

The fact that this was the second attack in the series tells us about the continued pressure being exerted on one police officer. If the attacks on the Chief of Police Miloš Radulović remain unsolved, it will send a message that we as a country are powerless against organized crime. By protecting Radulović, finding and apprehending his attackers, the Police Administration must prove both to the general public and its own employees that such attacks cannot go unpunished.