Even though it is difficult to determine in practice whether a person was employed based on their party affiliation, citizens most often complain of the Head of authorities’ arbitrariness during election of candidates for a certain government job position.

The President of the Managing Board of Institute Alternative (IA) Stevo Muk said in an interview with the Centre for Investigative Journalism (CIN-CG), that political figures on both national and local level have the legislative possibility not to chose the best candidate for the job. 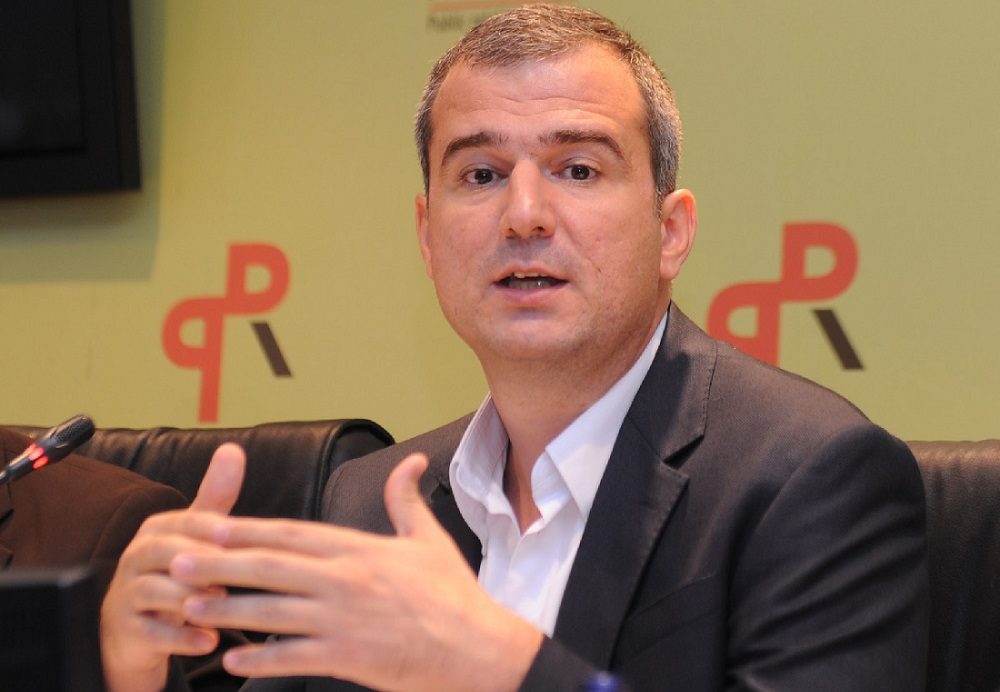 ˝There are clear principles for depoliticisation of public administration that are not difficult to follow, among which one of the most important stipulates that the level of separation of political and professional must be clear-cut, which is not the case in Montenegro˝, Muk warns.

CIN-CG: What is your comment on the Draft Law on Local Self-Government? What are its biggest flaws?

MUK: Unfortunately, the Draft Law issued by the Government last December does not promise an efficient battle against current bad practice. IA has warned earlier that there are two key reasons why the foreseen Draft Law on Local Self-Government does not imply a core change of multiannual bad practices. One of the reasons is that a multitude of new procedures has been literally copied from the Law on Public Servants and State Officials which, according to IA’s findings, did not have the best results in practice. The other reason is the fact that the key stage of employment procedure, the evaluation of candidates, still remains unregulated. In other words, a proper implementation of regulation is foreseen from the state level in organising and conducting the evaluation for most of local official positions. There is too much centralisation on the state level, even when it comes to human resources decision-making, delegated to politicians – ministers, who have the possibility not to choose the candidate that got the best evaluation.

CIN-CG: IA receives concrete complaints regarding employment on state and local level. Could you explain the ways citizens can ask you for advice?

So far, IA mostly received complaints regarding employment in state institutions, given that we monitoring most intensely the implementation of the Law on Public Servants and State Officials. However, the public should be aware of the fact that this Law regulates only a fifth of overall Montenegrin public sector, that the biggest employer in the country given that it employs around 56 000 people. A total of 20% of employees in the public sector actually works in municipalities and their status is vaguely regulated. In addition to that, for around 30 000 employees in the public sector that work in numerous regulatory bodies, public institutions and enterprises, only general work regulations are implemented which are very ‘’slim’’ when it comes to acceptance conditions – evaluation of qualities that the job candidates should possess.

We mostly receive complaints on irregularities in employment procedures in state institutions through our page Moja uprava which we piloted last year. The citizens’ complaints confirmed the key issues in filling ‘’state job positions’’ which are: arbitrariness of heads of authorities during the election procedure, irregularities during evaluation of candidate and the dissatisfaction of fixed term employees, who found themselves in a legal vacuum upon beginning of the implementation of the new Law on Public Servants and State Officials.

During this year we will be working on upgrading Moja uprava within our project ‘’Civil Society for Good Governance: To Act and Account’’, supported by the European Union, so the array of topics of citizens’ interests will be widened.

CIN-CG: How present is the employment according to party affiliation and on which level is it most dominant – how do we depoliticise public administration?

MUK: Employment according to party affiliation has been discovered where it had its roots – in party sessions. The Snimak affair additionally increased the level of mistrust of public in impartiality of administration and employment procedures. It is difficult to definitely determine whether the employment is based on party affiliation. However, legal loopholes which we regularly point out as well as the significant leeway to discretionary decision-making of political figures result in a system vulnerable to various political misuses. Political influence is more than obvious at the level of managerial staff, general directors, head assistants and heads of authorities – you merely need to visit internet presentations of the ruling party and recognize familiar faces, who should be serving us impartially, smiling in front of party symbols.

On the other hand, there are clear principles of depoliticisation of the public administration that are not difficult to follow, among which one of the most important stipulates that the level of separation of political and professional must be clear-cut, which is not the case in Montenegro. Unfortunately, the current Draft Strategy for Public Administration Reform 2016 – 2020 does not acknowledge this principle in its entirety.

CIN-CG: How do we put to stop the misuse of public resource on both local and state levels?

MUK: Legal security, clear rules with the least discretionary authority and transparency of institutions are the key obstacles for misuse of public resource in transition societies such as Montenegrin. Even though the freedom of decision-making in developed countries could also imply necessary flexibility, we are still at the development level where we have to keep our decision-makers under greater control and have precise legal formulation that will restrain our servants and employees from misuse of public resources. Unfortunately, bylaws in our system are often making basic intentions of laws pointless even when these are truthful; therefore putting to stop the misuse of public resources is a demanding job that requires undertaking on all levels.

CIN-CG: What is your comment regarding postponement of implementation of the Law on General Administrative Procedure for next year?

MUK: The new postponement of implementation of the Law on General Administrative Procedure is putting citizens a step backwards from the service-oriented administration, while they are still exposed to lengthy procedures that are not helpful in fulfilling their rights. This Law was supposed to be implemented in January this year, but that was postponed for 6 months, in order to be further postponed at the Government session for January 1st 2017. We have warned that this postponement points out the inertia of Montenegrin institutions which have not managed to secure enough preconditions for its implementation and conduct mutual alignment of legal provisions since December 2014 when the Law was adopted. Unfortunately, this syndrome of our administration is reflected in many fields, given that time is a cheap category when it comes to key reform steps.

CIN-CG: Do you consider it to be inappropriate to adopt a Law on Public Sector Salaries during election year?

That would also be our opinion on the Law on Public Sector Salaries, the draft of which was prepared already in 2013, having same systemic flaws during its adoption this year, with final adjustments made upon entering the parliamentary procedure. I would also add that this Law merely ‘’institutionalised’’ earlier salaries for most positions in the public sector, particularly heads of authorities’, given that the salaries of many were above the number publicly available having in mind numerous bonuses for participation in working groups.

Interview was originally published on Center for Investigative Journalism website