It is difficult to determine the optimal number of employees at a local level, while on the other hand, the high level of employment in municipalities is a burden on public finances, it was noted at the conference today

The conference “Public Administration Reform – For Equitable Regional Development and Quality Services” was held in Kolašin within the project “Civil Society for Good Governance: To Act and Account!”, implemented by the Institute alternative, Bonum, New Horizon, Natura and Center for investigative journalism of Montenegro, with the support of the European Union. 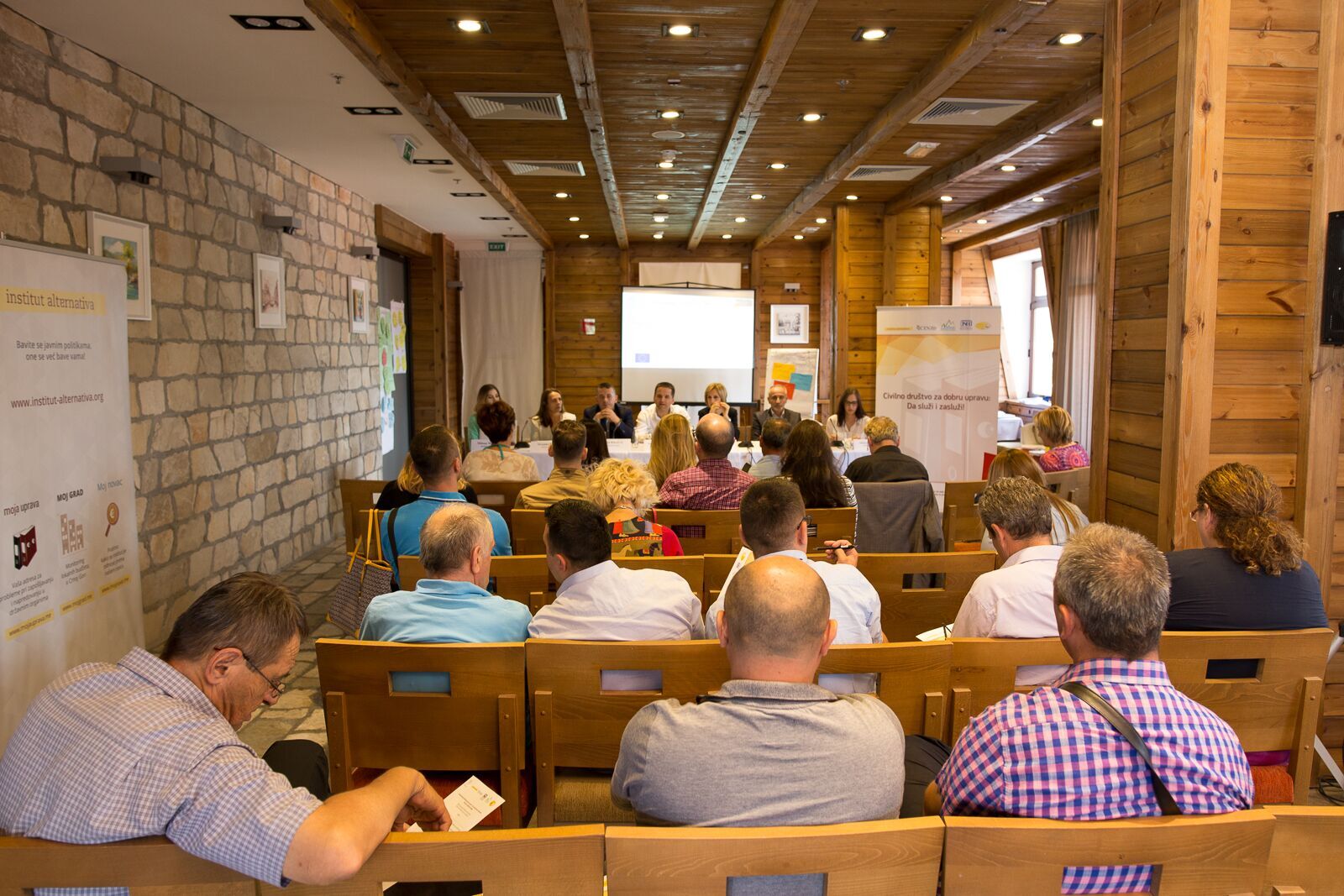 “In the municipality of Kolašin, citizens would certainly say that they are not satisfied, but they spend half the money they used to a few years ago on financing the local self-government and they get the same level of service,” said Perunika Popović, Chief Administrator in Kolašin Municipality.

She also drew attention to the new Law on Administrative Procedure (LAP), whose implementation began on July 1st this year.

“Civil servants should not act on orders, but by law,” she stressed, recalling that the new LAP provides the appointment of special civil servants in charge and responsible for administrative procedures.

Goran Rakočević, Secretary of Finance and General Administration in the Municipality of Kolašin, said that this municipality has been financially sustainable for a year already with many unpopular moves.

“In ten years it will show that there was no other way, the hardest part has passed, and now we should talk about development and expansion. I believe in the development that people make, “he added.

Senad Crnovršanin, from the Directorate for Local Self-Government in the Ministry of Public Administration, commented the role of central authorities in directing strategic development of local self-governments. He also presented the solutions of the current Draft Law on Local Self-Government.

He stressed that some provisions relate to regulating duration of the mandate of Assembly, introduction of sanctions for misconduct, and strengthening of the control function of the Assembly through the obligation to review the reports of the State Audit Institution.

“With the aim of rationalizing, it is proposed that the president of the municipality may have at most two vice presidents,” he added.

Crnovršanin pointed out that monitoring the work of local civil servants through evaluation is an important personnel planning tool. 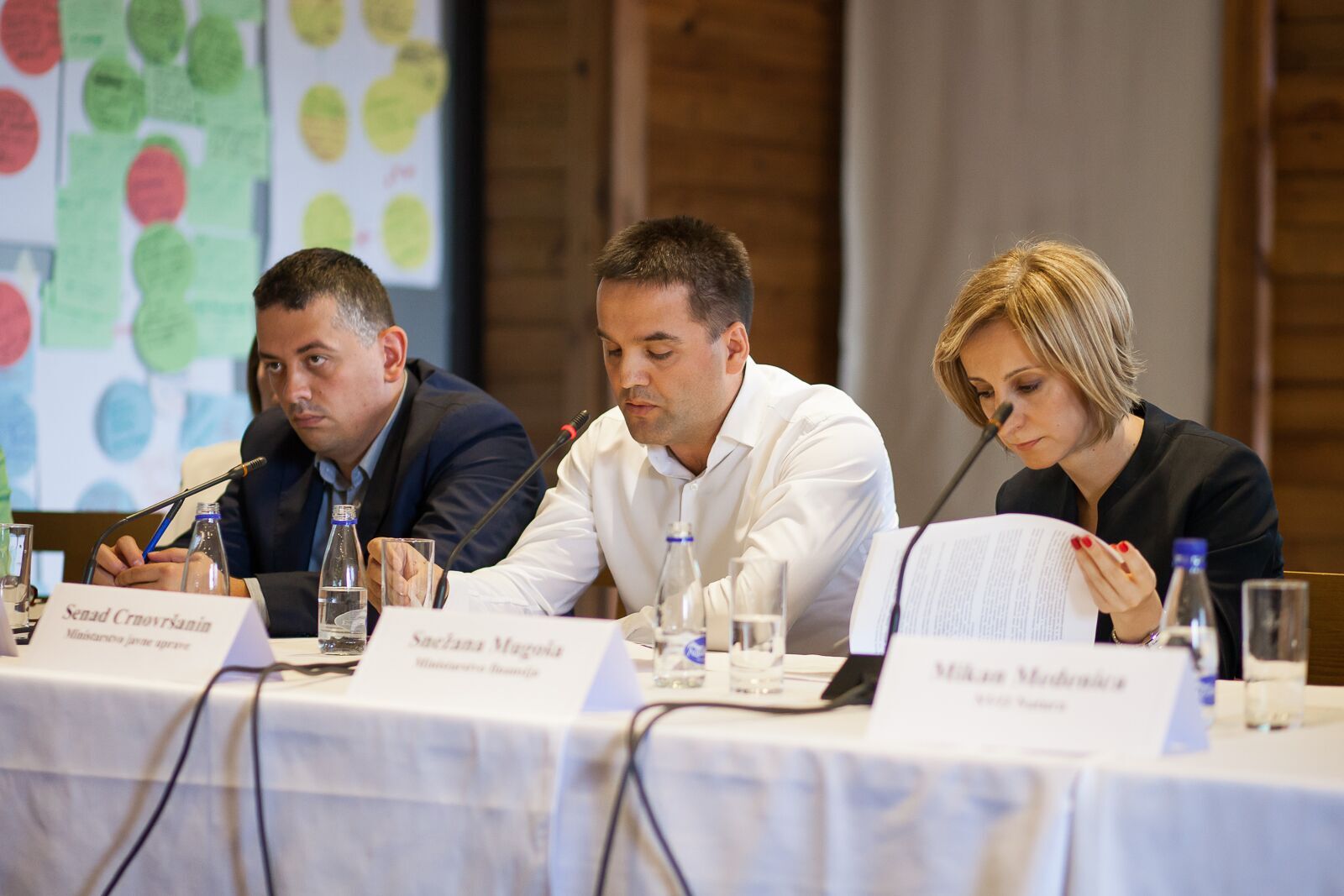 “That is why local governments are responsible for what kind of personnel they will have,” explained Crnovršanin, reminding that the process of defining a methodology for determining the optimal number of employees in local self-governments is on-going.

“When it comes to the expenditure side, the largest share of expenses are gross earnings, capital expenditures and repayment obligations from the previous period,” she explained, specifying that earnings for employees on average amount to 40 – 45 million euros annually.

At present, the Law on Financing Local Self-Governments is being drafted, which provides for the creation of a fund that will provide municipalities the missing funds for EU projects. It also envisages change of the criteria for allocation of funds from the Egalitization Fund.

Milan Mikan Medenica, Executive Director of NGO Natura from Kolašin, said that very often non-governmental organizations are perceived as a threat, although the process of public administration reform requires a joint work of the non-governmental sector, the media and the official institutions.

“We are witnesses that administration is often not a citizens’ service,” he said, recalling that in the recent period, Kolašin Municipality was a place where over-employment has been present and the budget has been spent to the detriment of the citizens.

Milena Milošević, Institute Alternative researcher, recalled that during the first year of implementation of the Public Administration Reform Strategy, 60% of the activities were not implemented within the foreseen deadline.

“The current Strategy is to a large extent a Strategy for State Administration Reform, because numerous measures that should be applied to the local level as well have not found their place in this strategic document,” said Milošević.

She also recalled earlier recommendations of the Institute Alternative for an analysis to be carried out on the success of individual local self-governments in collecting their own revenues, and to link the Tax Administration and local self-governments in the part of the calculation of concession fees. In this way, municipalities would be able to gain insight into the revenues they could expect from the concessions. 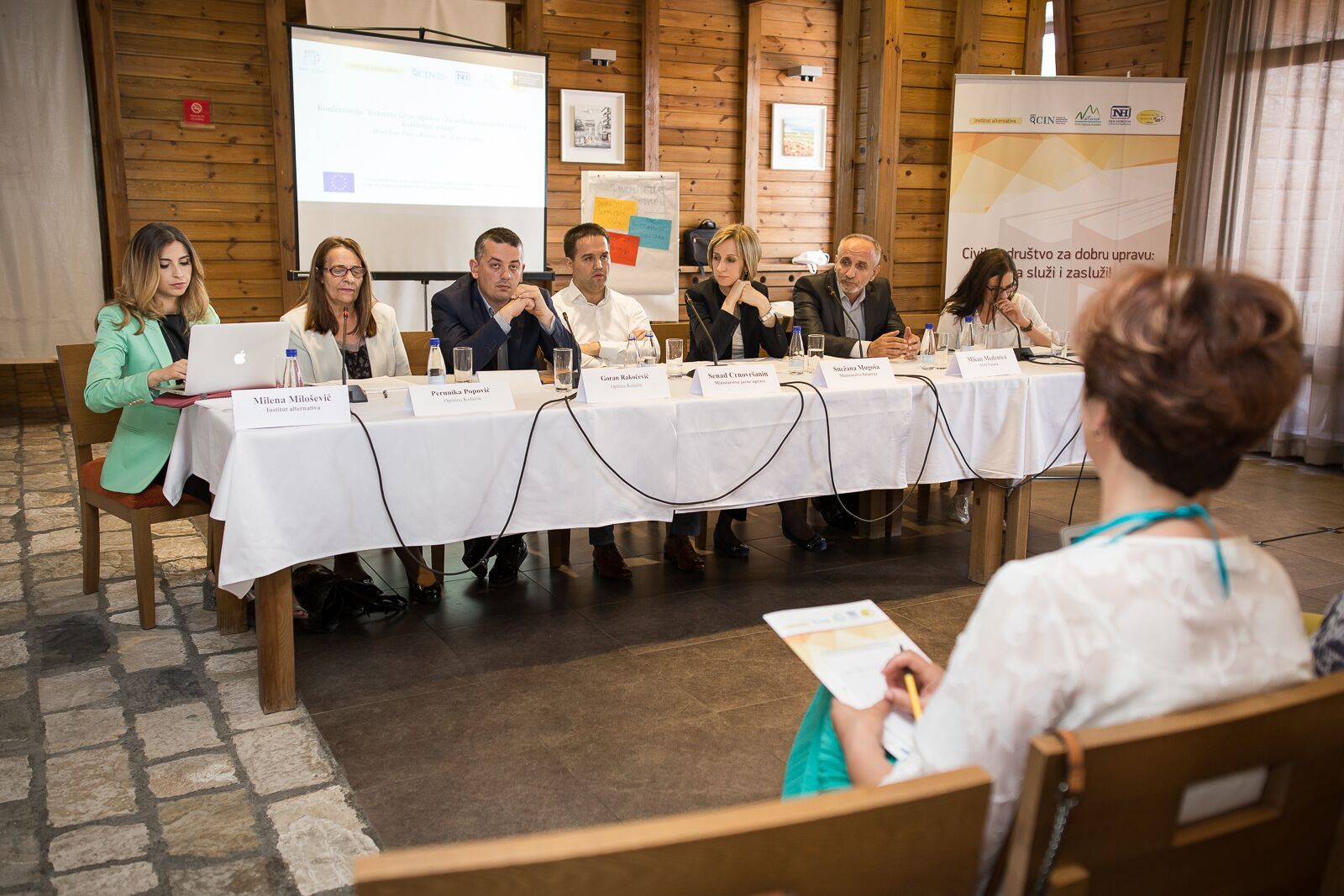 One of the topics of discussion was reducing the number of employees and rationalizing costs, especially in the case of Kolašin Municipality.

However, it was noted that it is very difficult to find a criterion for determining the optimal number of employees, while the representatives of Kolašin Municipality emphasized that the task of analyzing working places and required jobs in smaller units of local self-government is simpler than at the central level.

It was also emphasized that 23 persons in the Municipality of Kolašin had been employed in illegal manner, before the rationalization of local authorities has started.

At the event, it was also noted that municipalities have difficulties in finding funds for capital investments, due to tax debt repayments and large wage expenditures.