The beginning of the implementation of the Public Administration Reform Strategy did not yield satisfactory results. Drafting of a new action plan that will set more realistic deadlines for implementing new measures is underway – as highlighted at the panel discussion. 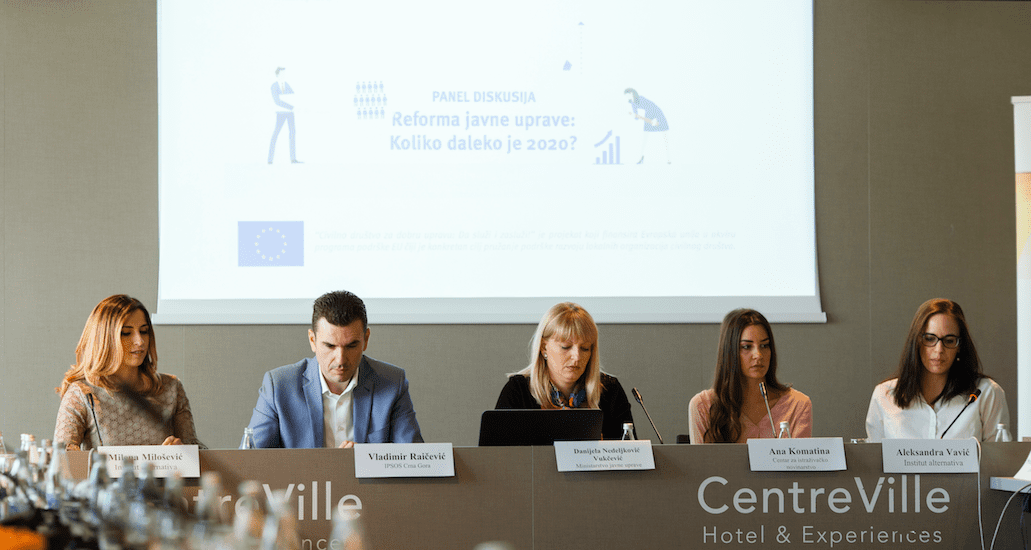 The panel discussion “Public Administration Reform: How far is 2020?” was organized by the Institute Alternative, on 28 June, in Podgorica, within the project “Civil Society for Good Governance: To Act and Account”, supported by the European Union.

The Government adopted the Public Administration Reform Strategy by 2020 in July last year. Key findings on its implementation, based on the research carried out by the Institute Alternative with support from project partners: NGOs Bonum, Natura, New Horizon and the Centre for Research Journalism, were discussed at the event.

“The beginning of the implementation of the Strategy has not yet given impetus to public administration reform,” Milena Milošević, researcher at the Institute Alternative, said, with emphasis that 60% of the activities had not been implemented within the envisaged deadline.

“On the other hand, formal fulfilment of certain measures can lead to adverse effects in practice, which is best illustrated by the Amendments to the Law on Free Access to Information,” she added.

These amendments introduce additional restrictions on access to information, such as business and tax secret.

Milošević also stressed that formally most delays are in the area of development and coordination of public policies, but that additional negative trends are also present in the conduct of public hearings. She reminded of a whole set of laws, for which no public hearings were organized, or were organized only partially and under urgent procedure.

Research findings also indicate that employment at the state and local level suffers from inherited problems from the previous period.

“Poor administrative behaviour is reflected in the infamous statistics of judicial control of the administration,” Milošević noted, adding that over 50% of the decisions of the ministries, against which an administrative dispute was initiated in 2016, were annulled. In November 2016, the total number of disputes in which the Protector of Legal and Property Interests represented the state authorities, amounts to over 15,400.

Vladimir Raičević, Executive Director of the IPSOS Agency Montenegro, presented an overview of the research on provision of public services on the territory of eight municipalities in Montenegro carried out by “mystery shopping” method. The research showed that the general professionalism and courtesy of civil servants were generally assessed very positively in most of the examined municipalities, but that accessibility and quality of service received somewhat lower ratings.

Raičević explained that insufficient accessibility is primarily due to inadequacy of facilities for persons with disabilities.

During discussion, Danijela Nedeljković-Vukčević, General Director of the Directorate of State Administration in the Ministry of Public Administration, pointed out the plans to define a methodology for determining the optimal number of public administration employees, given that past efforts in this area failed to give results. “It may well be that these analyses show that there is no surplus in ministries but, on the contrary, that there is a shortage of employees, and that the largest number of employees is in local self-governments,” Nedeljković-Vukčević added.

Ana Komatina, journalist at the Centre for Investigative Journalism, assessed that media and public administration co-operation is not at a satisfactory level. 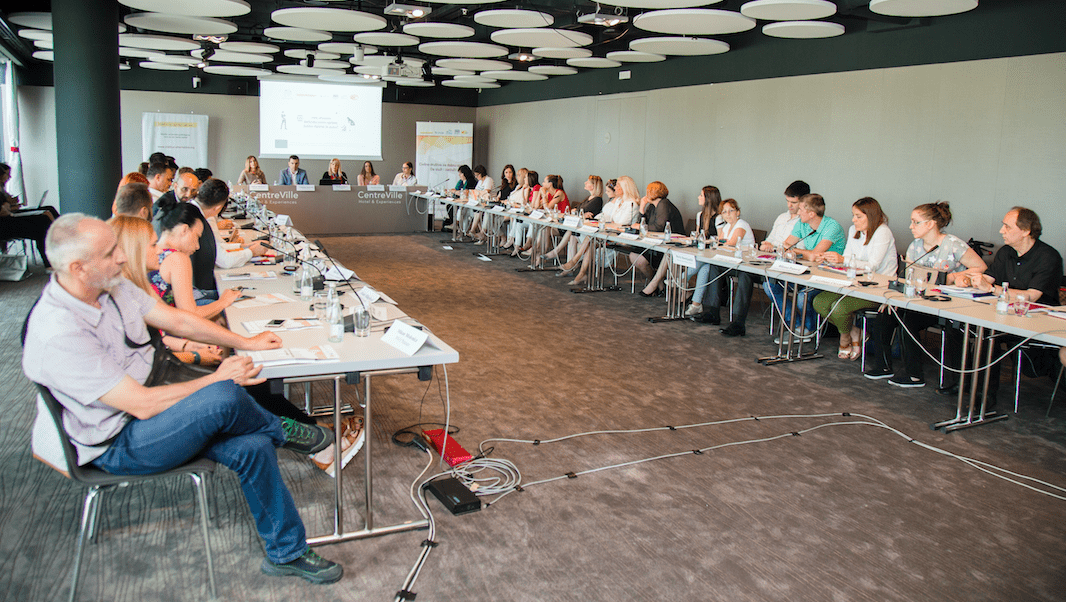 “The waiting time for answers is the least of the problems. However, the quality of responses is questionable”, Komatina said, adding that responses often contain vague statements and legal citations.

“The Agency for the Protection of Personal Data and Free Access to Information often treats journalistic questions as a request to initiate oversight,” Komatina noted.

During discussion, Željka Vuksanović, Mayor of the Municipality of Kolašin, pointed out the poor communication between municipalities and the Government, with specific examples of certain ministries that do not submit to municipalities the necessary data collected on their territory and concerning their population.

The Draft Law on Local Self-Government and the Draft Law on Civil Servants and Employees which are currently in public debate, were also discussed at the event. Đuro Nikač, from the Human Resources Management Authority, stressed that the improvement of the civil service system would create the preconditions for achieving the target values of the Strategy by 2020.

It was concluded at the discussion that it is necessary to review the deadlines for the delayed activities, especially in the light of the fact that a working group which will work on the next two-year action plan for the implementation of the Strategy has already been formed.

”Civil Society for Good Governance: To Act and Account!” is a project funded by the European Union within the Civil Society Facility Programme