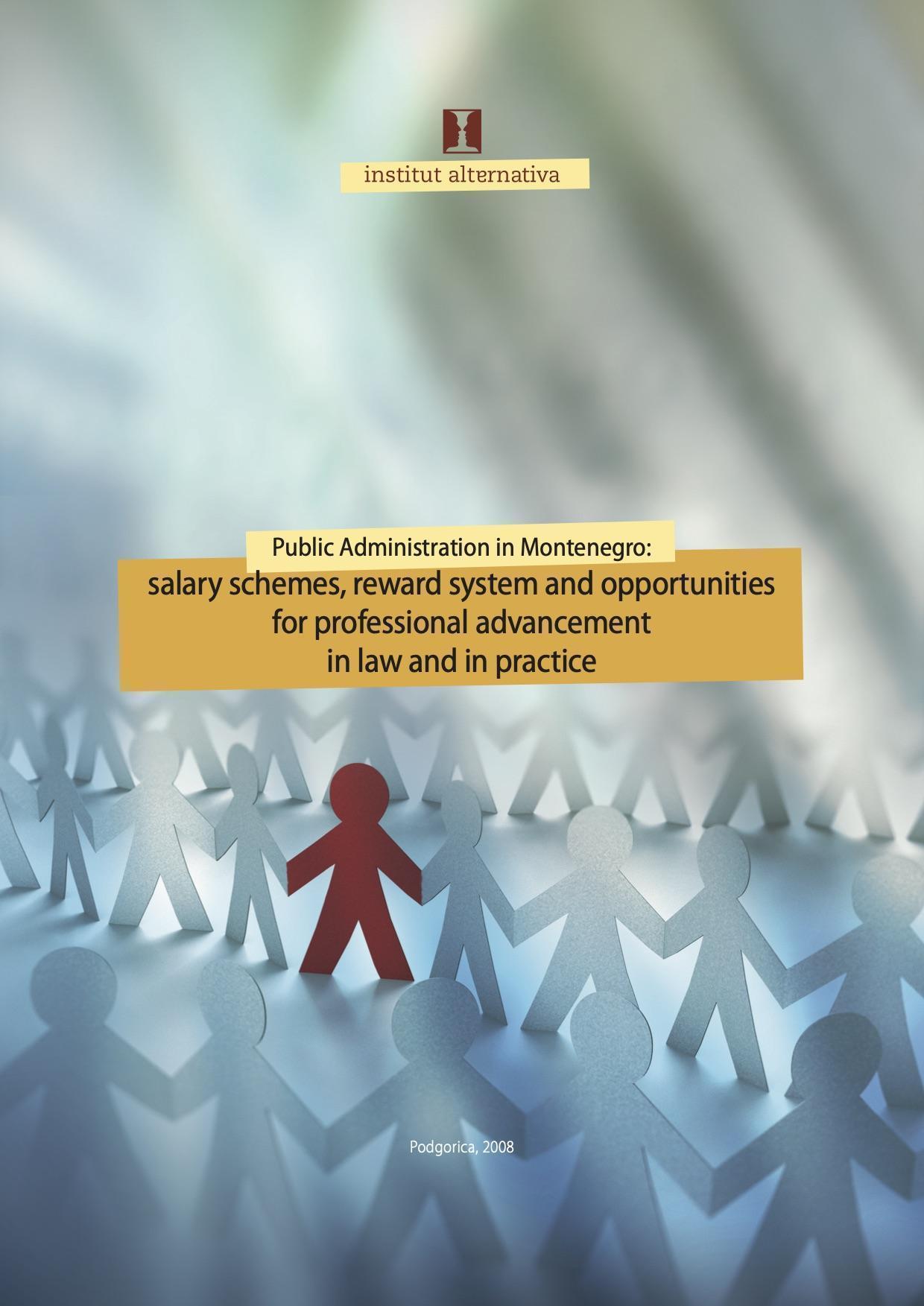 The process of reform of public administration has been initiated in 2001, in accordance with the Public Administration Reform Strategy in Montenegro 2002-2009.

Although the EU has acknowledged that some advancement has been made in this area, further improvements are needed in order to ‘clarify sectoral responsibilities in a manner which permits oversight and transparency.’ Having in mind all of the aforementioned, the purpose of this research is to provide an analysis of the salary schemes, reward system and opportunities for professional advancement in the public administration of Montenegro, both in law and in practice. the process of public administration reform and approximation to EU standards require the establishment of advanced mechanisms for attracting, allocating and rewarding the employees.

The poor administrative capacities are one of the key challenges Montenegro is faced with, and this fact is partly attributable to the substandard financial conditions of civil servants and state employees, lack of delegation of responsibility from managers and poor working environment.

All of these factors decrease the motivation of the civil servants to give the best contribution at their workplace. this has been confirmed by the Government itself, with the public promise that the situation would improve for the civil servants and the state employees. the attempts to amend the existing Law on Civil Servants and State Employees and the Law on Salaries of Civil Servants and State Employees both resulted in legal uncertainties.

The conundrum created by the current status of these laws outlines the lack of consensus among the policy-makers in Montenegro, the affair being ever more complex given the fact that these policy-makers belong to the same end of the political spectrum. Hence, the aim of this study is to invigorate the current debate on the reform of public administration, and provide for some concrete recommendations for further improvement in this sector. the need for this analysis is further asserted by the fact that the problems in the salary schemes, reward systems and opportunities for professional advancement in public administration have been perpetuating for a long time; and by the fact that so far, no serious analysis of the current state of affairs in public administration has been made, with thus no adequate recommendations offered to the policy-makers.

In order to offer the most comprehensive outlook of the current state of affairs in this area, and the most plausible solutions to the challenges, this paper is divided in four analytical parts, each having a specific scope. the first part of the study gives an overview of the existing legislation, which helps generate the second portion of research dealing with the implementation of reforms in practice. The third part of the study identifies the challenges Montenegro is faced with, in order to be able to give concrete recommendations on how to tackle them. The fourth element of analysis will consider the practices in Montenegro through comparison with Slovenia, Croatia and Malta, countries that have all recently engaged in the process of reform of public administration. The four analytical elements will be synthesised as recommendations at the end of this policy paper.

So as to present an ample overview of the current legal framework, relevant strategies, the applicability of these documents in practice and their effect on the employees, this paper uses the combination of analytical and comparative approaches. Due to such a perspective on research, qualitative methods -including text analysis and interviews with the relevant policy-makers – offer the best explanation for the examined case. the interviewed sample consists of the relevant officials of the ministries in the Government of Montenegro; and civil servants and state employees in the independent agencies and other institutions. these structured interviews are used to show and analyse the effects of the current legislation, as well as the level of the government’s commitment to creating an efficient state administration.