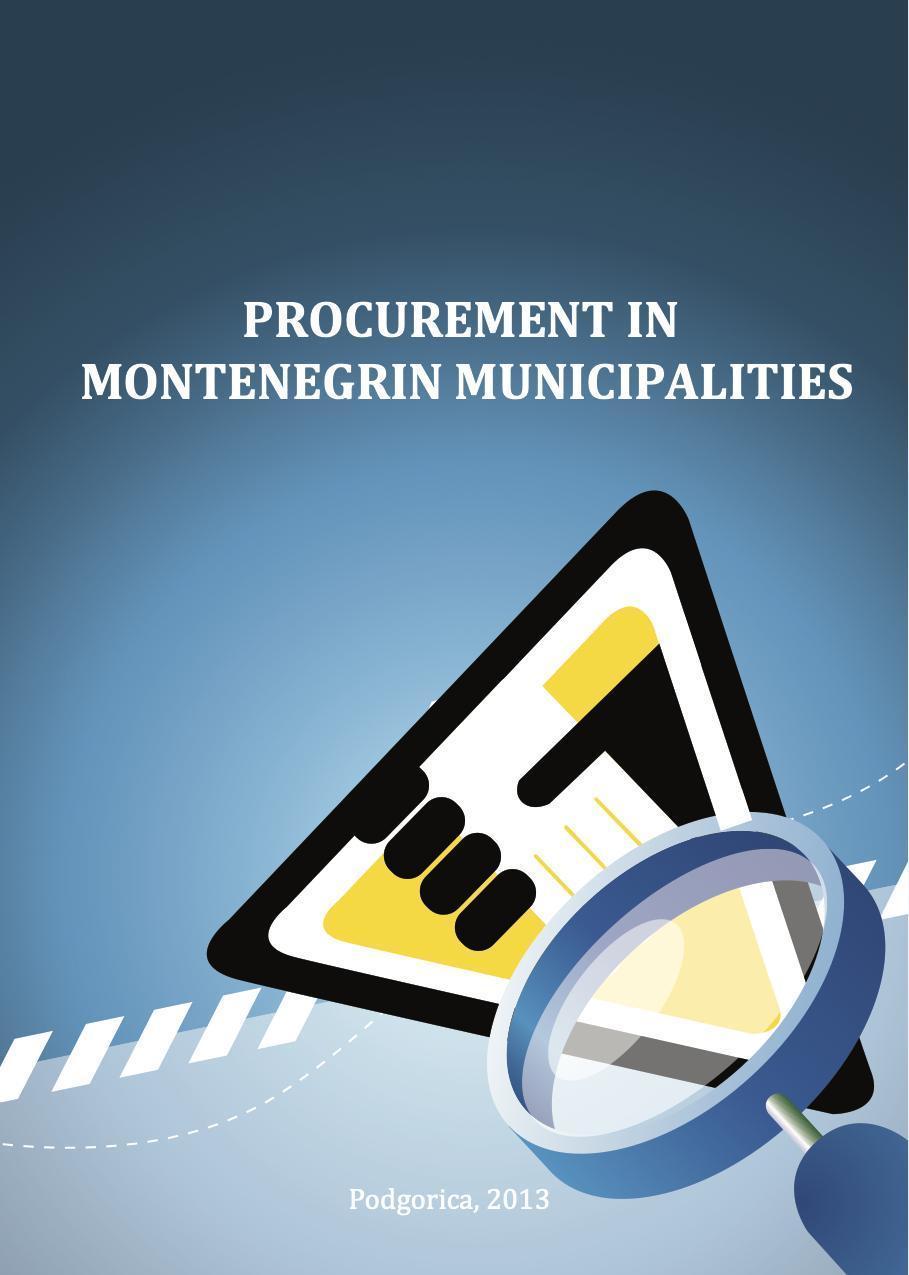 A yearlong research on the risks of corruption in public procurement procedures in Montenegrin municipalities was conducted within the project Corruption at the Local Level- Zero Tolerance. Among other things, the project entails monitoring of local action plans for fight against corruption in 14 municipalities, as well as development of a study of practical policies in six areas of high risk for corruption. The analysis Procurement in Montenegrin municipalities represents both a continuation of the research activities of the Institute Alternative in the field of public procurement during which several practical policy proposals have been made in the light of improving the legal and institutional framework and overcoming the problems in practice, as well as a guide for a more effective monitoring of public procurement by the Parliament of Montenegro.

The overview of the situation in the field of public procurement in Montenegro, with special emphasis at the local level, during 2012 and 2013 has been made on the basis of the official reports on the work of relevant institutions responsible for public procurement system, conclusions of the Government, reports on analytical overview of harmonization of legislation with the EU Acquis for the Chapter 5 Public Procurement and Chapter 23 Judiciary and Fundamental Rights, as well as Montenegro 2013 Progress Report of the European Commission. This section is followed by the criteria for transparent implementation of public procurement which have been applied to Montenegrin municipalities, with a special reference to local self – governments covered by the project. A part of information was obtained through requests for free access to information.

In line with the identified problems in the direction of a transparent implementation and sustainable planning of public procurement at the local level, at the end of the analysis a set of recommendations for improvement of the current situation has been offered.

Analysis is prepared within the project ”Corruption at the Local Level- Zero Tolerance”, conducted by Centre for Civic Education (CCE) in cooperation with Institute Alternative, NGO Bonum from Pljevlja and NGO Nada from Herceg Novi. Project is financed with the support of European Union, through Delegation of the European Union in Montenegro via IPA 2011, and co-financed by the Royal Norwegian Embassy.