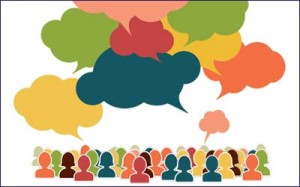 The Government is constantly violating relevant regulations on organising public discussions and inclusion of interested public in the process of drafting strategic documents and law and is withholding information on regulation preparation, which has a negative impact on the quality of these documents.

Public discussions are either not organised at all or they last less than it is legally regulated. The text that is allegedly being discussed is often not published, and reports with incoming proposals for improvement are not prepared or are incomplete.

These are just some examples of the ways in which these regulations are violated, and the most recent example for it are lacking discussions on draft strategies for public procurements system development, public administration reform, as well as the accession programme of Montenegro to the European Union (EU).

The Ministry of Finance and the Public Procurement Administration have not organised a public dispute on the Draft Strategy for Development of the Public Procurement System for the period 2016 – 2020. A range of consultations have been organised and there was no word of it on web presentations of these state bodies. Moreover, the draft strategy text was not available to the public during these consultations, so the purpose of these events is highly questionable. Finally, given that a public discussions was not organised in accordance to the regulation’s provisions, the competent authority is not obliged to take into consideration any proposal, or to make an official report on them

Even though additional consultations on the Draft Strategy on the Public Administration Reform for 2016 – 2020 have been organised, one cannot be an optimist when it comes to improving this document. Namely, after the first public discussion, organised during annual holidays (during August and beginning of September), the Ministry of Interior included only ‘’likeable’’ proposals in the report on the public discussion, with no explanation as to why other comments were not accepted or included within the report.

Finally, the Ministry of Foreign Affairs and European Integration has presented Draft Programme of Accession of Montenegro to the European Union for the period 2016 – 2018, and the document was published only after its presentation. Although, allegedly, it is still possible to provide comments on this draft, the fact that it was not published before the presentation of the document itself, an open discussion has been immediately excluded.

These examples show that, more than three years after the adoption of Regulation on procedure of implementation of public discussion and the process of inclusion of NGO representatives in the process of drafting of documents, these regulations are continuously violated by the state authorities. With an unequivocal intent to marginalise the scope of interested parties’ influence, the Government is not necessarily adopting the best solutions and this obstructing citizens’ contribution to the development of the regulations that deal with the issues of significance for the citizens themselves.