Skip to content
Institute Alternative » Public administration » Postponement of implementation of the Law on Administrative Procedure: Administration still alienated from the citizens 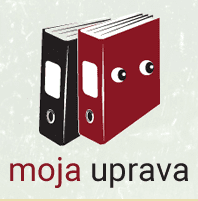 New postponement of the start of implementation of the Law on Administrative Procedure is putting the citizens a step away from a service-oriented administration, while they are still exposed to tedious procedures, which impede exercise of their rights.

Firstly, the Law on Administrative Procedure was supposed to start with implementation in January this year. However, this has been postponed for six months. Another delay was suggested at the last Government session – for January 1, 2017.
This situation is indicative of the passivity of Montenegrin institutions, which were unable to ensure basic conditions for the implementation of the Law since December 2014, when it was adopted, and to mutually align the relevant legislation with this act.
As a reminder, the new Law is set to improve the administration’s service orientation, among other things, and to follow the postulate of actively helping those citizens that start the procedure against an administrative body, to improve electronic communication between citizens and administration, as well as to enhance legal protection in cases of administrative silence.

Even though it is necessary to ensure sound basis for implementation of systemic laws, the so far lack of coordination among institutions does not leave us with optimism that another six-months delay will essentially improve the state in this area. In addition to that, besides technical accordance of regulations, institutions have not done enough either to familiarise citizens with legal remedies or to establish a service aid for administrative service users.

One of the novelties of the Law is that the second instance body, if it is to decide on a second instance level, is encouraged to make a final merit-based decision on the very matter.

By doing so, a so called ping-pong effect would be pre-empted between administration, second instance bodies and Administrative court. So far, this effect has been demonstrated in endless returning of cases to the first instance bodies, namely due to the breaches of administrative procedure. On the other hand, citizens are deprived of the final decision on whether their rights were essentially or merely procedurally violated. Therefore, the mechanisms established to protect their rights are in fact alienating them from the administration, that is suppose to be at their service.

The Law on Administrative dispute is the other side of the coin when it comes to the ping pong effect, because it prescribes court protection of rights and legal interests of citizens regarding the administrative proceedings. However, this regulation is still ”on hold” at the Parliament of Montenegro.

A conclusion can be drawn that our institutions need overall 5 years to bring about a Law, particularly having in mind that the reform of administrative procedures has started in 2011, although only partially, with an excuse of “bridging” the earlier bad solutions.Therefore, it is logical to assume that the long awaited beginning of the implementation of the new Law will be efficient and that it will efficiently respond to the needs of citizens and protection of their rights, which is of particular importance.