Skip to content
Institute Alternative » Blog » Plans, will and money 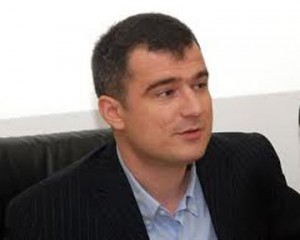 Strategies and action plans are passing so that the responsibility is shared (read: non-existing) among different organs, cost estimates are often lacking, and the reporting and coordination are restrictive.

At the end of December 2012, The Parliament of Montenegro adopted the Law on Budget for 2013 year, and at the end of January, the Government adopted the Programme of the Government for 2013. We are preparing a new two-year action plan for the implementation of the Strategy for the fight against corruption and organized crime. This work has involved working group composed of representatives of institutions and organizations which are members of the National Commission for monitoring of the Strategy’s implementation. There was public debate organized about the new action plan proposal.

The working group for Chapter 23 is preparing an action plan for launching the negotiations about the chapter dealing with justice and fundamental human rights. Adoption of this action plan is planned in the second quarter of this year according to the Government’s Work Program. Members of the working group from non-governmental organizations still do not have access to a comprehensive screening report of the European Commission.

The work on a new action plan within the Initiative of Partnership for Open Government is soon to begin. A group established under the Council for Regulatory Reform as a mixed working group of representatives from government and non-governmental organizations will work on it.
Also, the first action plan for the implementation of the measures from the Public Administration Reform Strategy with the accompanying framework action plan will be ready soon.

All these documents tackle common issues and address common questions. How will the work on these documents be completed and complied? What all of these plans can expect from the state budget in 2013? All these questions require prompt response from the Government of Montenegro.

Over the last ten years, Montenegro adopted over forty strategies and action plans. The lack of cost estimates and the lack of identity of sources from which the costs of the implementation of the planned measures will be covered is omnipresent. Strategies and action plans are passed so that the responsibility is shared (read: there is no shared responsibility) among different organs, cost estimates are often lacking, and the reporting and coordination are limited. Hence, too much is left to the good will and sweet wishes. Under pressure from the international community, the EU, the media and NGOs, the strategies and plans more often include more proposals and suggestions of outside actors, but nobody knows who’s going to pay for their implementation and that the actions are thus absent or slow.So next time we’ll probably get the answer that the measures are not implemented because there was no money, for example, for the training of civil servants, training of judges, for creation of software, for database establishment, for register of concessions, etc.
The Government must finally define the structure of the public administration system which will deal exclusively with the coordination of planning, harmonization of strategies and plans, cost estimates for their implementation and identifying of sources of funding for budget implementation, and coordination of donor support to the implementation of national strategies. As the Secretariat for Legislation reconciles legislation, the department for strategic planning in the Government must undertake the harmonization of Government’s plans. That will not happen if the Government’s program indicates one thing and following strategy completely different thing.
At the meetings of the Committee on Budget, Finance and Economy I have spoken on several occasions about the need for the explanation of the budget and projection of costs for the implementation of the current strategy. I conclude that it was a heavy task and obligation for the Government, because in this domain, nothing has changed in recent years.
It’s good that the Development Strategy of Montenegro is being prepared since that Strategy should indicate the Government priorities and the plans about investments of the Government’s money. It is not good that it is written and explained by the party. While preparing its final version, numerous documents which were made in the past should be consulted, especially the unjustly forgotten and expensive study of MASA “Montenegro in the 21st century – in era of competitiveness “.