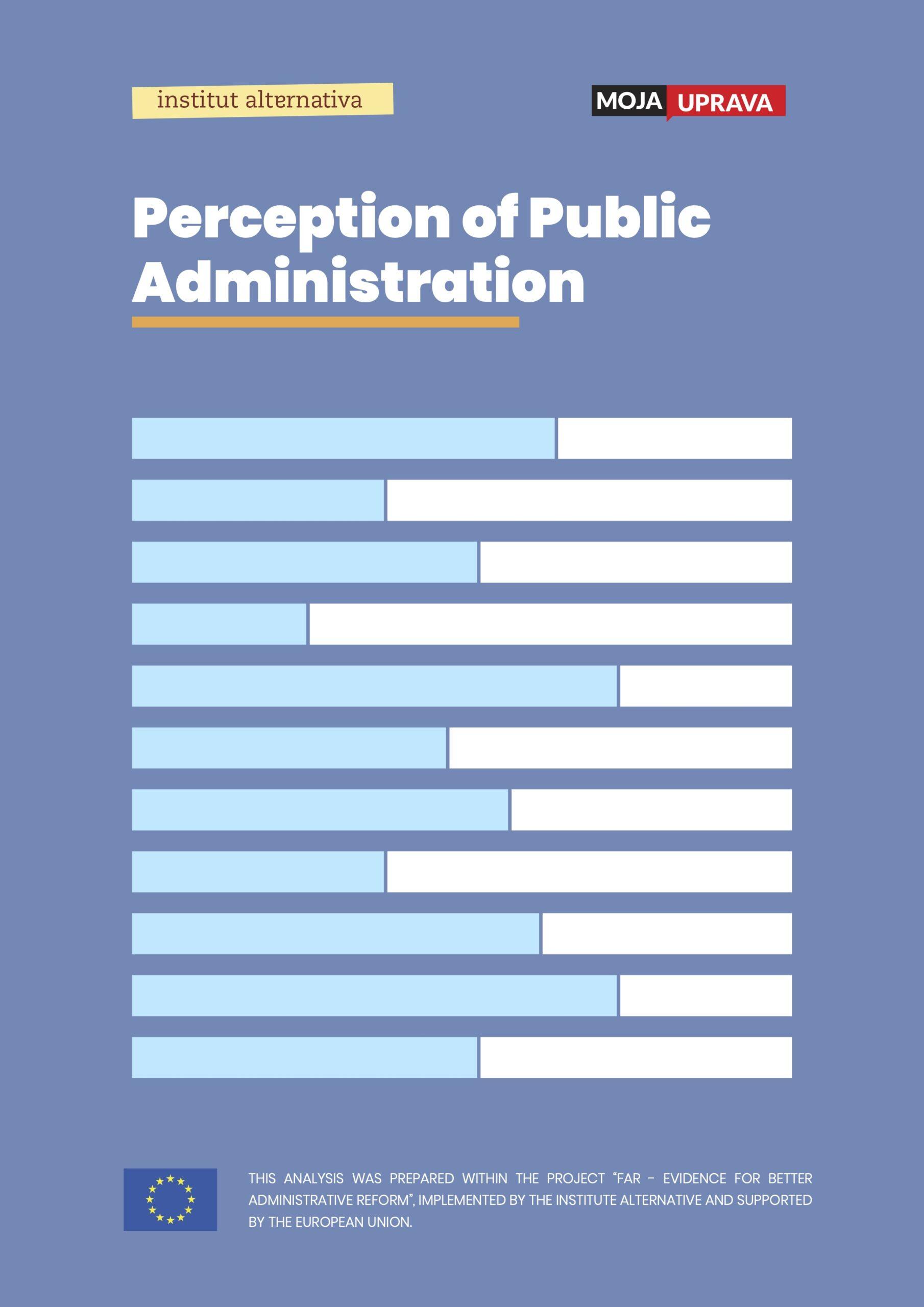 Looking at general population, citizens of Montenegro assigned a somewhat better score to the quality of work of public administration in 2019 than in the two preceding years when we did the same survey.

They identified the following major problems of public administration: inefficiency, corruption, employment based on personal connections and impolite behaviour of civil servants. Similarly to the two preceding years, citizens perceived reducing corruption as the best measure to improve the performance of public administration bodies. On the other hand, while the number of those proposing stricter internal controls and simplified procedures was on the decline, the number of those who believed that higher civil servants’ salaries and stricter sanctions would have a positive impact on the performance was on the rise.

With regard to the way the public administration managed its budgets, more than one-half of citizens thought that was not the case. Along the lines of the previous rounds of surveys, the biggest share of Montenegrin citizens reiterated in 2019 that they saw political connections as the key factor in public administration recruitment; almost one-in-four considered friendships/ family relationships and candidates’ skills as the key factors.