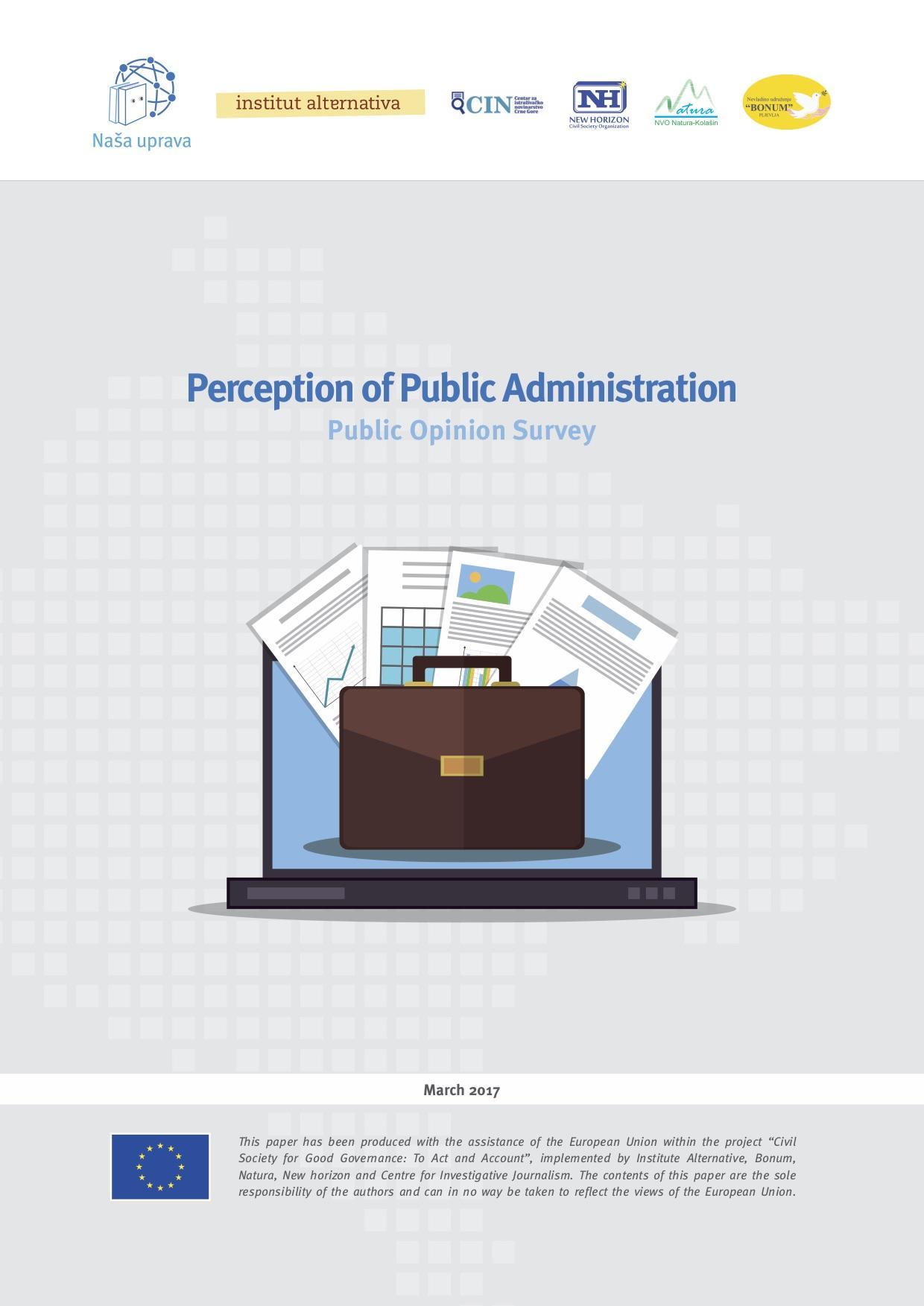 Citizens have a moderate attitude towards the services of public administration, where similar percentage of the citizens are satisfied and dissatisfied. Dissatisfaction with the services is the result of inefficiency in solving the requests, long waiting in lines, necessity to use connections in order to solve the request and complex procedures. One in two citizens thinks that the requests are solved too slowly. As regards the prices of the services, the opinions are divided. On the other hand, the citizens mainly do not know how they could make complaints about the work of public administration, so very small percentage of them have filed complaints in recent years.