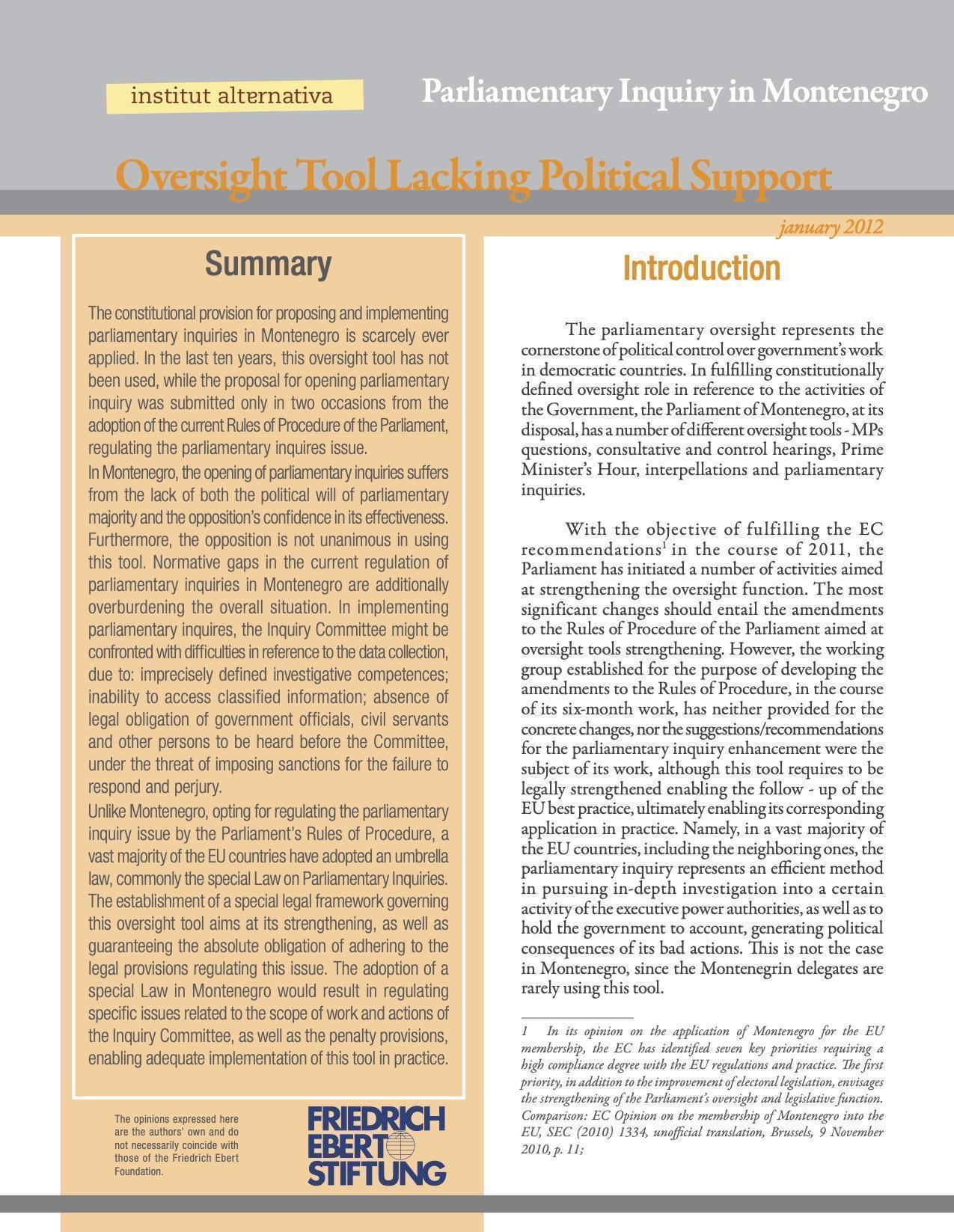 Normative gaps in the current regulation of parliamentary inquiries in Montenegro are additionally overburdening the overall situation.

In implementing parliamentary inquires, the Inquiry Committee might be confronted with difficulties in reference to the data collection, due to: imprecisely defined investigative competences; inability to access classified information; absence of legal obligation of government officials, civil servants and other persons to be heard before the Committee, under the threat of imposing sanctions for the failure to respond and perjury.

Unlike Montenegro, opting for regulating the parliamentary inquiry issue by the Parliament’s Rules of Procedure, a vast majority of the EU countries have adopted an umbrella law, commonly the special Law on Parliamentary Inquiries.

The establishment of a special legal framework governing this oversight tool aims at its strengthening, as well as guaranteeing the absolute obligation of adhering to the legal provisions regulating this issue. The adoption of a special Law in Montenegro would result in regulating specific issues related to the scope of work and actions of the Inquiry Committee, as well as the penalty provisions, enabling adequate implementation of this tool in practice.