Institute Alternative received through request for free access to information an official opinion of the Institution of the Protector of Human Rights and Freedoms of Montenegro (Ombudsman) on Draft Law on Free Access to Information (FOI).

The Ombudsman, as an umbrella state institution responsible for improvement and protection of human rights and freedoms in Montenegro, made an Opinion with comments on articles from the Draft Law that were recognised as a problematic by 5 NGOs that participated in the public debate (IA, MANS, HRA, CEGAS, CEMI). 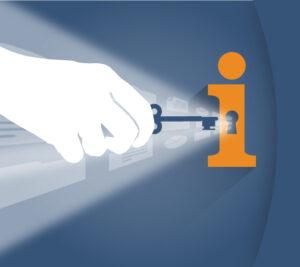 The Ombudsman analysed articles related to entire areas that are unconstitutionally excluded from the Law, introduction of the disputable institute of abuse of right of access to information, prescribing decision-making of collegial bodies as an exception to the enforcement of Law, not prescribing procedure for conducting harm and public interest test etc. The Opinion is made on 27th of December 2019 and it is signed by Ms Zdenka Popović, Deputy Ombudsman.

In the second comment of the Opinion, Ombudsman made clear statement on the introduction of the institute of abuse of right that was strongly criticised by part of the CSOs and media. Ombudsman states that ”introduction of a legal institute of the abuse of right on free access to information in the cited manner violates the principle of free access to information and allows authorities/FOI officers to make arbitrary decisions and thus further ”punish” a citizen or legal person who reasonably demand to exercise their right ‘’to know” in the public interest”.

It further states that ”the whole area of international or diplomatic relations should not be excluded” and that it is not acceptable to leave possibility for other laws to prescribe  additional exceptions in this area.

The Ombudsman also emphasised that procedure for conducting harm test is not prescribed, neither the way of controlling the implementation of this this procedure, what leads to arbitrariness in decision – making.

Intention of Government and Ministry of Public Administration to restrict access to information with short explanation, instead of giving clear and complete rationale is also criticised.  The Ombudsman explained that otherwise the guarantee against arbitrariness of the authorities may be jeopardised.

We thank the Institution of Ombudsman for its demonstrated integrity and commitment to improve disastrous Draft Law, which further undermines the already poor condition of free access to information.

We recall that on November 28th, Ministry of Public Administration published a Report on public discussion on the Draft Law. The Ministry rejected 15 key comments submitted by five NGOs, while five comments were accepted partially or are subject to further consideration, as stated in Report.

This means that, after all, the Government still does not intend to improve the Draft which introduces systematic restrictions on access to information, new basis for hiding information, abolishes existing citizens’ rights and obligations of authorities, and does not solve problems in practice that lead to multiple violations of right and absence of any liability. Almost all of the proposed amendments to the Law narrow the existing rights of citizens, which is why we call on the Government and the Ministry of Public Administration to take seriously the Ombudsman’s comments and bring the Draft Law in the line with the Constitution and international standards.

Full Opinion of the Protector can be found here.

Video: Why are we against proposed changes of the Law ...