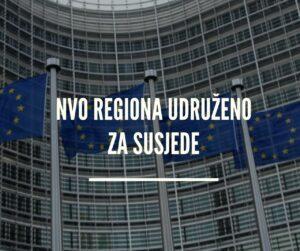 Institute alternative is one of the signatories of the letter sent by Western Balkan civil society organizations to the President of the European Council, Mr Donald Tusk, concerning opening of the accession negotiations with Nort Macedonia and Albania in June 2019.

The initiative was launched at the proposal of the European Movement in Serbia, and the letter was signed by 88 civil society organizations from Western Balkans, as well as 12 individuals from the region.

Letter with list of signatories you can find here: Letter to the President of the European Council, Mr Donald Tusk