In 2022, Institute Alternative started implementing a new project, with the aim of contributing to a better understanding of measures of early integration into the European Union (EU) for the improvement of gender equality in Montenegro. 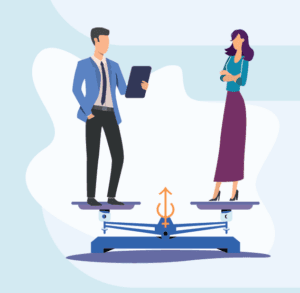 Overall objective of the project ”Early Integration for Gender Equality” is to contribute to the inclusive and gender-sensitive process of Montenegro’s accession to the European Union (EU) through promoting the possibilities of early EU integration and IPA programming.

The specific objectives of the project are:

In order to achieve these objectives, over the next year we will implement the following activities:

The project of the Institute Alternative is supported within the ‘’Furthering Gender Equality through the EU Accession Process’’ project, implemented in partnership by Reactor – Research in Action from North Macedonia, Women’s Rights Center from Montenegro, Albanian Women Empowerment Network (AWEN) from Albania, Rights for All from Bosnia and Herzegovina, Kosovo Women’s Network (KWN) from Kosovo and Kvinna till Kvinna Foundation from Sweden. The project is funded by the European Union and co-funded by the Swedish International Development Cooperation Agency.