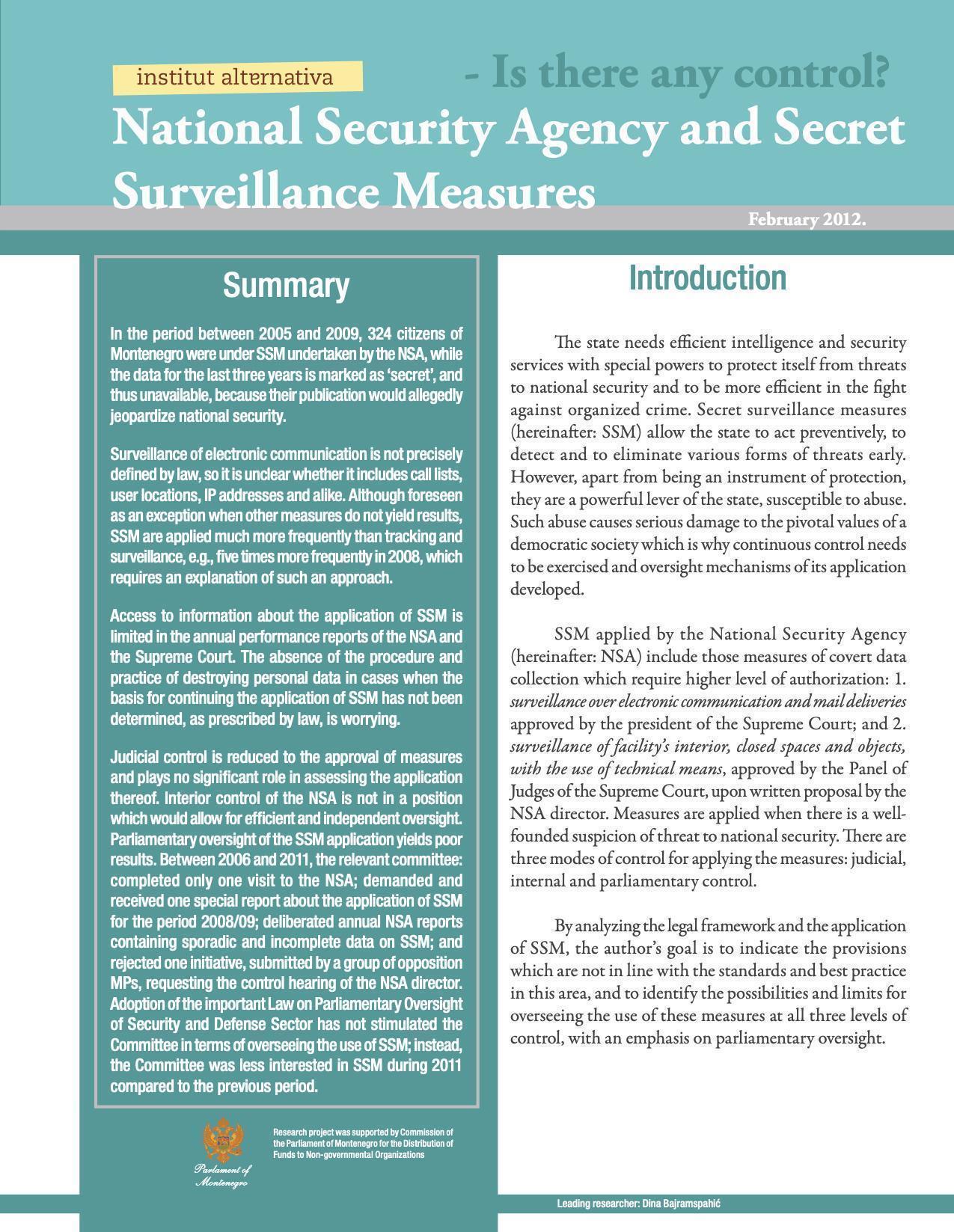 The state needs efficient intelligence and security services with special powers to protect itself from threats to national security and to be more efficient in the fight against organized crime. Secret surveillance measures (SSM) allow the state to act preventively, to detect and to eliminate various forms of threats early. However, apart from being an instrument of protection, they are a powerful lever of the state, susceptible to abuse. Such abuse causes serious damage to the pivotal values of a democratic society which is why continuous control needs to be exercised and oversight mechanisms of its application developed.

SSM applied by the National Security Agency (NSA) include those measures of covert data collection which require higher level of authorization: 1. surveillance over electronic communication and mail deliveries approved by the president of the Supreme Court; and 2. surveillance of facility’s interior, closed spaces and objects, with the use of technical means, approved by the Panel of Judges of the Supreme Court, upon written proposal by the NSA director. Measures are applied when there is a well-founded suspicion of threat to national security. There are three modes of control for applying the measures: judicial, internal and parliamentary control.

By analyzing the legal framework and the application of SSM, the author’s goal is to indicate the provisions which are not in line with the standards and best practice in this area, and to identify the possibilities and limits for overseeing the use of these measures at all three levels of control, with an emphasis on parliamentary oversight.