Skip to content
Institute Alternative » Accountable public finances » Municipalities Wait for the Effects of the New LAP and the Reduction of the Number of Employees
Majority of Montenegrin municipalities expressed readiness to reduce the number of positions – for example, in Bijelo Polje, the current number of surplus employees is hundred. Municipalities are working on creating prerequisites for the implementation of the new Law on Administrative Procedure, which should improve delivery of services to citizens.

This was highlighted at the conference “Public Administration Reform: For Quality Services at the Local Level” held in Ulcinj.

Public Policy Researcher at the Institute Alternative, Milena Milošević, pointed out that the new Law on Local Self-Government still fails to recognize the specificities of local needs in the area of civil service. 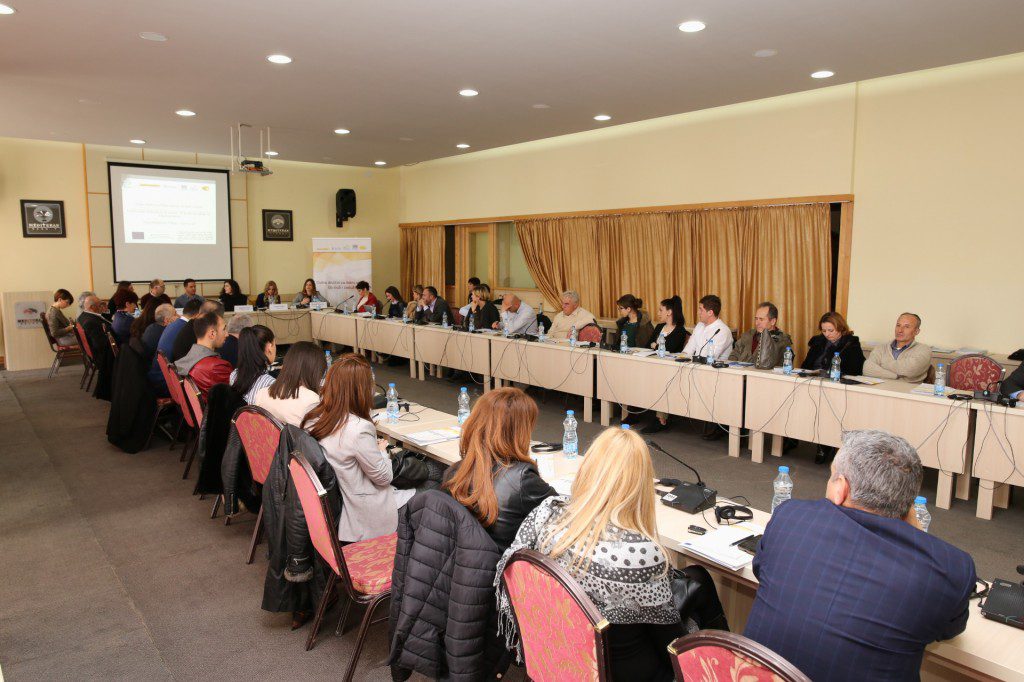 She further noted that Institute Alternative agrees with the representatives of municipalities that it is too early to speak about the effects of the implementation of the Law on Administrative Procedure.

“We focused on the appointment of officials authorized to conduct administrative procedures and to make decisions, and on data exchange which should lead to the situation where citizens do not have to collect the documents necessary for service delivery on their own,” Milošević said.

She emphasized that they wanted to verify whether civil servants in charge of conducting administrative procedures are appointed, so accordingly they sent an electronic survey to 101 local secretariat.

“We got 38 percent of responses, which tells us it is not a representative finding, but qualitatively it is indicative. From each municipality we got an answer from at least one secretariat, except from Gusinje and Herceg Novi. In most of the secretariats, 20 of them, there are still no official persons appointed for conducting administrative procedures, while they are appointed in 19, “she said.

Milošević added that the level of decision-making will not be lowered in a way that it is brought closer to the citizens, if decisions are still to be signed by heads of authorities, i.e. the secretaries.

She said that exchange of data ex officio is another novelty of the Law on Administrative Procedure and that it is important to distinguish it from the traditional way, in paper form, which is currently the only possible one since single information system is still not in place.

Milošević considers it problematic that there are no bylaws defining the period during which authorities must exchange data with a view to making decision.

“Interestingly, out of 8 municipalities, Ulcinj got the best rating. The polltakers estimated that compliance with service standards was about 80 percent, although this percentage referred mostly to accessibility, employee kindness, and quality of responses to visitors’ questions. We will repeat the survey this month, but the selected institutions will probably be different as well as the questionnaire and criteria. “
The Head of the Directorate for Monitoring Regulations and Normative Affairs in the Ministry of Public Administration, Senad Crnovršanin, said that the local self-government system had not provided quality services and better status to citizens at one point, and that this was the reason for the adoption of the new Law on Local Self-Government. He said that when drafting the law, they kept the system’s sustainability in mind, adding that tax collection and huge tax debt were among the biggest problems.

Crnovršanin noted that earlier there were legal solutions which in practice led to inadequate solutions, such as, for example, municipalities having several vice presidents. The new Law on Local Self-Government, he said, limited the number of vice-presidents, as well as the number of assistant secretaries. 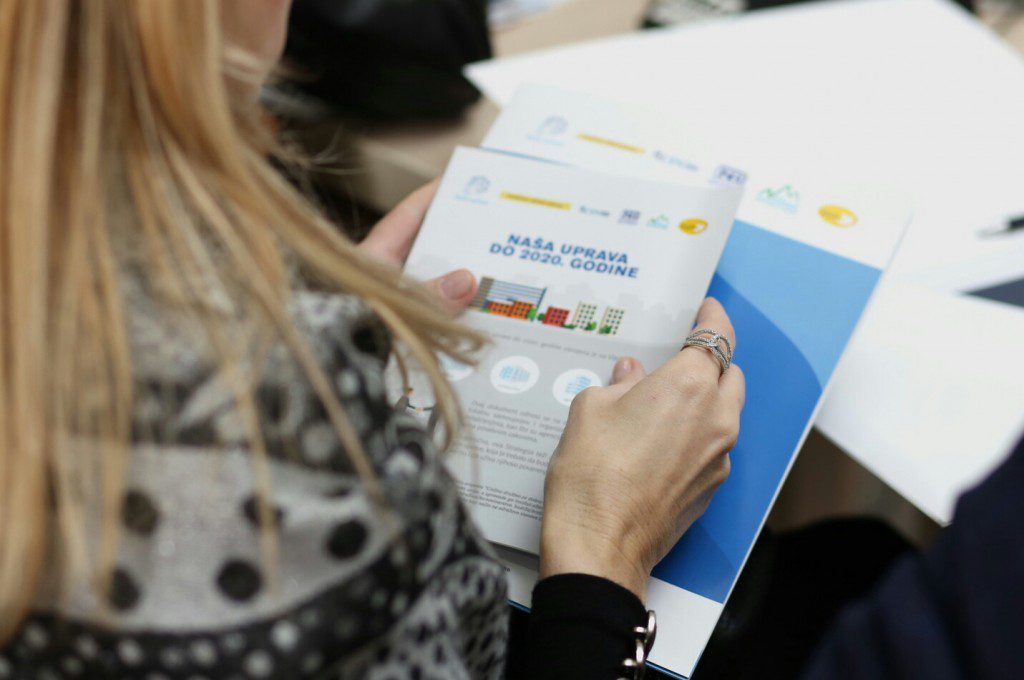 “The law provides clear solutions and is better than the previous one. Previously there were ranks that did not exist in regulations… In the forthcoming period bylaws will be adopted. The Ministry of Public Administration is undertaking concrete activities on implementation of the Plan for optimizing the number of employees at the local level,” Crnovršanin said.

He concluded that a large number of municipalities have a problem with the surplus of employees. Also, he added that providing severance funds presents a problem and that Municipality of Bijelo Polje, for example, plans to let go 100 employees.

Vice-President of the Bar Municipality, Sanela Ličina, pointed out that they have understood the importance of public administration reform, which is the basis for continuation of EU membership negotiations, adding that the overall objective of reform activities is citizen oriented public administration.

Ličina noted that Bar Municipality has created preconditions for implementation of the LAP and that at least a year needs to pass after the start of its implementation to see first effects.

“Since the beginning of LAP implementation, civil servants in charge of administrative procedure have been designated and fulfilling their function,” Ličina said. She added that 20 verdicts were delivered by the Administrative Court on the basis of appeals against the Municipality decisions during 2017, out of which only three were adopted.

Further, Ličina said that the Municipality publishes on its webpage Statute, Rulebook of the Local Assembly, budget, reports, decisions and contracts.

Ličina concluded that citizens do not use mechanisms for participation in decision-making:

“Public discussions are conducted in accordance with regulations and reports are published, but the presence of citizens is negligible and not at a satisfactory level.”

Nazif Velić, from NGO New Horizon, stated that very good cooperation has been established between the non-governmental sector and the Local Assembly of Ulcinj.

“Local non-governmental organizations often use the “free chair” institute with the aim of presenting citizens’ attitudes and influencing the quality of local parliament’s decisions … In all three local councils, representatives of NGOs are represented,” he said.

Velić pointed out that the New Horizon, based on its monitoring, came to the conclusion that the Ulcinj Municipality only partially publishes information of public importance.

“There was an invalid list of local councilors on the official webpage, guide for free access to information was not updated, and rules of procedure were not published. Even after submitting a request, the Municipality of Ulcinj did not adopt Decision on citizens’ participation in the conduct of public affairs “. 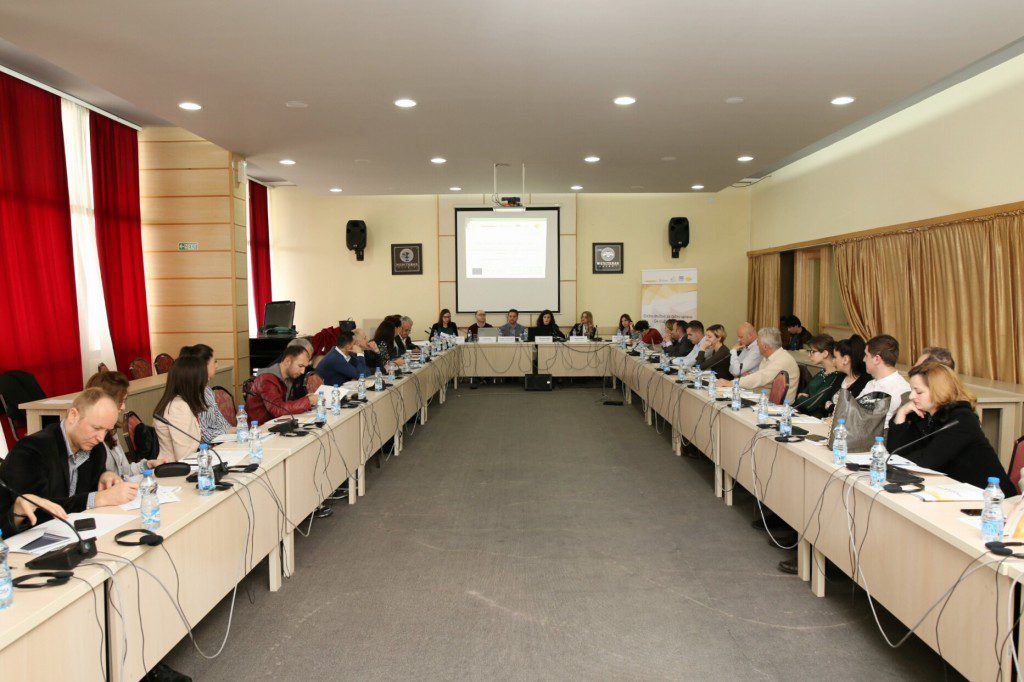 Secretary of the Secretariat for Administration and Societal Affairs in Ulcinj Municipality, Mirjeta Gjoni, said that the quality of the administration work is questionable.

She concluded that participation of citizens in decision-making is negligible, although they publish all information on the webpage. She posed a question of causes of such a small interest and degree to which it can be attributed to the administration.

During the discussion it was pointed out that citizens were not informed about public discussion on the budget of the Ulcinj Municipality.

Finally, good practice in collecting real estate taxes in the Bar Municipality was noted. Also, the necessity of keeping municipal property registers and linking local self-governments to the Tax Administration were pointed out, so that municipalities would have insight into funds at their disposal from the central level.

The Conference in Ulcinj was held in the framework of the project “Civil Society for Good Governance – To Act and Account!”, funded by the European Union in the framework of the EU assistance programme aimed at supporting the development of local civil society organizations and the Balkan Trust for Democracy, the project of the German Marshall Fund (GMF). The project is implemented by Institute Alternative, Bonum, Natura, New Horizon and Centre for Investigative Journalism.