Directors render accounts, but no one is controlling them

Although the Police Administration directors have regularly sent, with short delays, semi-annual reports in the area of corruption and organised crime since 2018, the Parliamentary Security and Defence Committee considered only one.

This is written in the documentation submitted to the Institute Alternative, which asked the Parliament and the Ministry of the Interior – Police Administration to deliver to them whether the directors of the public service have respected the obligation to submit reports to the competent Committee once every six months.

The Police Administration Director has had this obligation since 2018 with the entry into force of the amended Law on Internal Affairs. Such a provision has also been envisioned by Article 16 of the improved legal text from July 2021.

According to that Article, police directors should send reports to MPs twice a year – no later than June 1 and December 1.

IA asked the Parliament and the Ministry of the Interior to provide them with copies of the reports prepared since the introduction of this obligation. IA asked for the dates when these reports were submitted to the Committee in order to check whether the police director complies with the Law.

For the purposes of the analysis, they also asked for the number and dates of the sessions to determine whether the Committee considers the submitted reports, and how much time passes between submission and consideration. 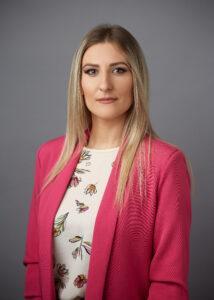 Dragana Jaćimović, a Project Associate in the Institute Alternative and a member of the Working Group for Chapter 24, said that MPs do not use—at all or sufficiently—the legally established mechanisms of parliamentary oversight.

“The absence of consideration of the police director’s reports on the results in the fight against organised crime and corruption is the best example of this practice. The Security and Defence Committee has shown passivity in its control function during its multi-year mandate, having in mind that this report has been considered only once, immediately after the introduction of the obligation of the semi-annual reporting by the police director in 2018,” she stated.

Jaćimović explained that this obligation was introduced to strengthen the control role of the Parliament in the area of fight against organised crime and corruption, which in this case the MPs, members of the Committee, have not used.

“We see that the police director, i.e., Police Administration directors, regularly ‘render accounts’ for their work in this area to the competent Committee, but the control role of the Parliament is absent because no one controls those accounts. Considering that the report’s content is marked by a level of secrecy due to the area it covers, the public is not familiar with the way the report looks, or what kind of information it contains. The Committee members are the ones who have the mandate to check it, influence the quality of information submitted and determine whether the results achieved in the previous six-month period were satisfactory. This is especially important considering the recent allegations about the ties between the members of organised criminal groups and the security sector and judiciary. Thus, it is important that the Security and Defence Committee schedule a session and consider the latest report, which was submitted at the end of May this year”, Jaćimović emphasised.

The quality of the report, i.e., the results in combatting organised crime and corruption, can be the basis for the dismissal of a police director.

“If the Security and Defence Committee does not accept a submitted report, it can inform the Minister of the Interior, who can initiate the procedure of dismissing a police director before the end of the period for which he/she was appointed. The Committee can also request the dismissal of a director, whereby the Government is obliged to dismiss him/her from his/her duties within 30 days,” stated the IA Associate.

According to the data submitted by the Parliament to the IA, it can be observed that the heads of the Police Administration have respected the legal procedure when submitting the seven reports, and only in two cases, the report was submitted with a delay of several days compared to the legal deadline.

Security and Defence Committee, as seen from its session’s minutes, has considered only one report so far – the one for the first half of 2019, when results achieved in the second half of 2018 were also considered.

IA did not receive a copy of the reports because the document is marked with a level of secrecy.

The text was originally published in Daily newspapers Vijesti, as well as on the Vijesti portal.