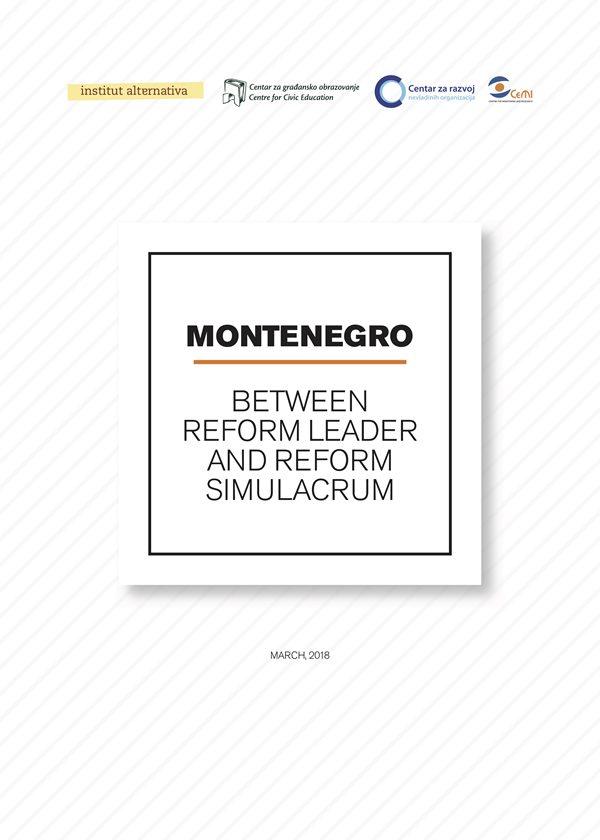 Six years since the start of accession negotiations, Montenegro is still a showcase of state capture. In the same manner it has been exhausting domestic democratic public for decades, Montenegrin Government masterfully applies the exhaustion strategy to the process of European integration, abusing the EU’s need for a new integration optimism.

Citizens cannot see progress in curbing the entanglement of public and ruling party’s interests, or in dismantling the links with organised crime and corruption at all levels of the government. Weak and politicised institutions, impunity for the corrupted officials and misuse of public funds, state interference into media market and jeopardizing of the independence of public broadcaster feat by ruling Democratic Party of Socialists (DPS), hostile actions towards critically oriented NGOs and targeting its leaders — all of them are still alive and well in Montenegro, Western Balkans “frontrunner” toward EU.

Hence, a key question in the EU-Montenegro relations must be answered — will the EU keep turning a blind eye to the absence of track record, perseverance of old and introduction of new undemocratic practices?

Accolades for the progress, as well as the persistent emphasis of the “leadership in the region” fail to motivate the authorities to do more and to do better. They also neither strengthen nor meaningfully include civil society, media and democratic opposition interested in reforms.

No one in Montenegro expects the EU to change the government or influence political developments in that respect. However, it is reasonable for the promoters of European integration to expect the European Commission (EC) to credibly demonstrate that a candidate country can earn leadership status and achieve progress by no means other than political will and implementation of reforms that deliver sustainable results.

It is about time that good neighbourly relations and constructive foreign policy, aligned with the EU and confirmed by the NATO membership, do not stand as major indicators of the country’s success and cease to be a trade-off for ever-growing need for the internal democratic reforms.

This paper presents a series of examples illustrating failure or facade of reforms in the key areas of rule of law, including the lack of follow up to electoral frauds, inflated statistics which mimics the lack of substantial results in the fight against organised crime and corruption, and selective approach of key anti-corruption institutions. They demonstrate a need for a different attitude of the European Union towards Montenegro, which would prevent authorities from faking reforms and make them deliver results needed for the lasting societal change.