Montenegro, according to overall score in public administration reform (PAR), is far from the leader in the region, since it ranks better only than Bosnia and Herzegovina – Stevo Muk, President of the Managing Board of the Institute Alternative (IA), stated.

At the press conference “Montenegro and public administration reform – Where are we on the regional scale?”, organised by IA, he pointed out that the results of the research conducted in the six countries of the Western Balkans indicate that these countries face many shortcomings in meeting the EU accession standards in the area of PAR. 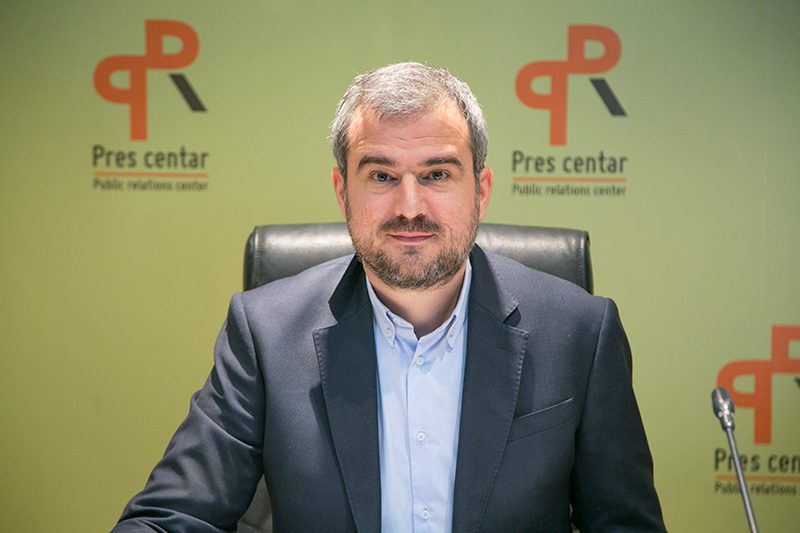 “Based on the results of our research, the findings show that the countries of the region, on average, achieved the most in the area of service delivery, which is followed by the area of public finance management. The category of policy development and coordination  appears as the most critical area of public administration reform in the Western Balkan region, ” Muk said.

He said that, according to the overall monitoring of the progress in public administration reform, Montenegro is far from the leader in the region, and that it ranks better only than Bosnia and Herzegovina.

In the area of the strategic framework for PAR, Montenegro achieved the best result due to the implementation of the consultation process in the preparation of the PAR Strategy, as well as because of the inclusion of the civil society in the process – Muk explained.

Besides that, the PAR Council was formed, which, in addition to representatives of the most relevant competent ministries and other administrative bodies, included two representatives of civil society. Montenegro has established a legal institutional framework for coordinating and involving civil society in monitoring the implementation of the strategy and PAR, which provided it an advantage over the countries of the region,” Muk said.

He said that the PAR Council lacks essential and substantive debates, and that the proposals and recommendations of the Council members from the ranks of NGOs are not respected and sufficiently considered.

“Our recommendation is that the Council reviews all documents and acts concerning PAR, instead of skipping the debate about the most important documents. The 2017 and 2018 amendments to the Law on State Administration were not considered at the Council, which does not contribute to the quality of the work of this body”, Muk noted.

He stressed that it is necessary to improve the practice of providing feedback from civil society, which concerns the process of adopting documents of strategic importance for PAR. 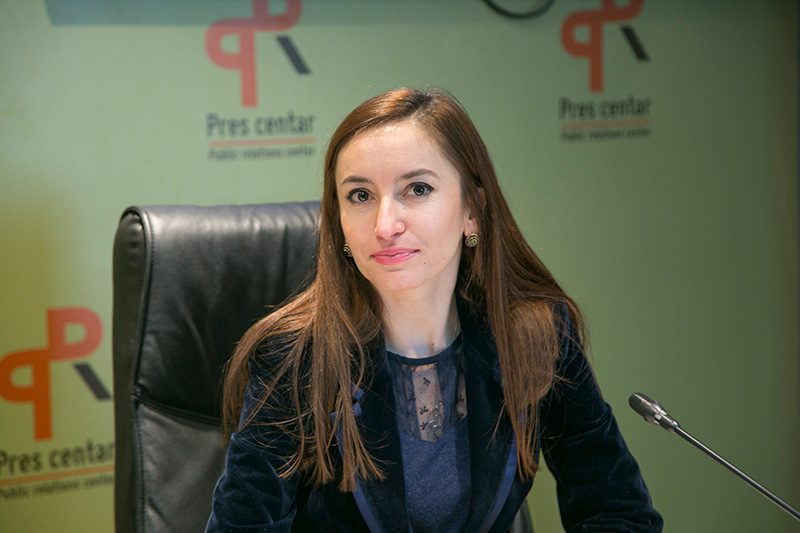 Dina Bajramspahić, Public Policy Researcher at Institute Alternative, said that Montenegro’s assessment in the field of Policy development and coordination is unsatisfactory, due to the number of problems burdening transparency of the Government’s decision-making.

“The complete lack of information on the work of four Government’s working commissions, as well as the practice of complete omission of information classified by the degree of secrecy from the agenda of the Government’s sessions contributes to this assessment. This institution completely avoids informing us about comprehensive points of the agenda under consideration”, she added.

She explained that reports on the implementation of the Government’s work program were reduced to the quantitative data on normative activity, with no indication of the effects of work.

According to her, almost all NGOs that responded to the questionnaire gave a negative response when it comes to transparency in decision making, the use of facts and data in policy making, and the quality of consultation with civil society.

“NGOs in Montenegro are the most dissatisfied, among all researched countries, with the procedures for conducting public debates, legal framework and practice, as well as with the treatment of their comments and suggestions within the Government’s working groups”, Bajramspahic said.

She pointed out that the survey of Montenegrin CSOs’ representatives indicates a negative attitude towards the quality of the legal framework for free access to information.

The most recent amendments to the Law on Free Access to Information have contributed to these attitudes. Following the proposal of the MPs from the ruling majority, these changes have introduced new important limitations to the access to information. According to the perceptions of civil society, NGOs in Montenegro often face violation of legal deadlines for obtaining information, and the access to information is the most costly in the region”, Bajramspahić said.

She said that the Agency for the Protection of Personal Data and Free Access to Information ranked worst, compared to its counterparts in the region.

“Most NGOs do not think that this Agency is successful in raising standards of access to information in Montenegro, especially when it comes to the effectiveness of the sanctions and the protection of the right to access information,” said Bajramspahić 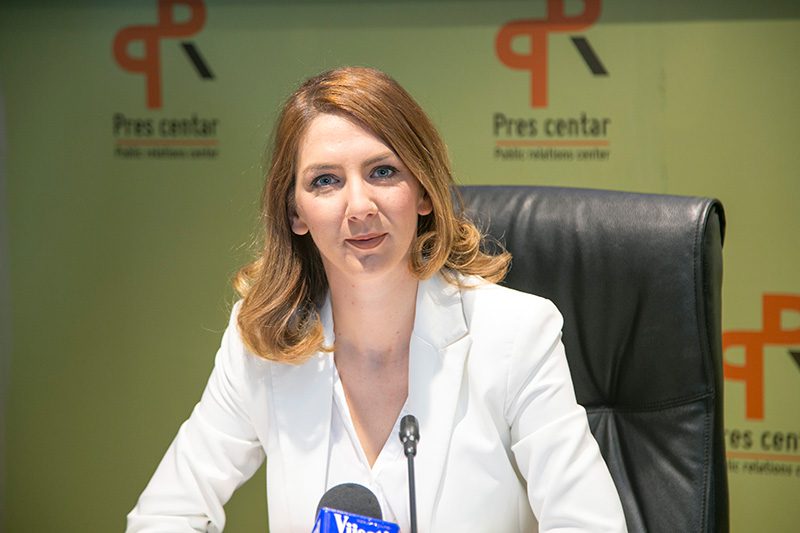 She stated that Montenegro comes second to last compared to the countries of the region, in the field of Civil service and Human resources management.

“By conducting interviews with former job applicants in the state administration, we have come to the conclusion that procedures are extremely complicated. Citizens have difficulties finding jobs in public administration, because they need to pass a compulsory psychological assessment, and prepare expensive documentation required for applying for the job”, Đurnić said.

She also stated that the Central Human Resource Register is extremely unreliable and that it does not include, as she explained, complete data from all institutions at the central level.

“Personnel Plans, as the only source of detailed information on the structure of employees at the central level, are not published regularly, and Personnel plan for the previous year was not even prepared. These plans do not contain data on the number of temporary employees in state administrations, such as experts who are engaged through technical support projects”, Đurnić explained.

She said that Montenegro is second to last among the researched countries in field of Service delivery, and that 46 percent of the citizens surveyed agreed with the claim that the Government made efforts or initiated initiatives to simplify administrative procedures for citizens and businesses.

“Although most of the citizens agree that the efforts made have led to the improvement of services, only 45 percent agree that the time for obtaining public services has shortened. In Montenegro, 31% of citizens are aware that public administration offers electronic services, while 42% say it never uses them. Of the five percent of respondents claiming to use them, 34 percent said they had managed to successfully obtain required service”, Đurnić said.

She added Montenegro fares worst in the Public finance management area. One of the reasons is that Montenegro is the only country in the region that has no semi-annual report on the budget execution.
As explained, the Ministry of Finance publishes quarterly reports, without explanation about the purpose of the expenditure.

“Montenegro has no official budget for citizens, prepared by the Government or the Ministry of Finance, which is a practice in some countries in the region. Particularly positive are the assessments of Albania and Macedonia, which have a clear citizen-friendly presentation of the budget”, Đurnić said.

She pointed out that budget information is not available in an open format, which is another reason, as she stated, of poor ratings in the area.

According to her, citizens in Montenegro have the least publicly available data on the work of internal financial control, its functioning and results.

“When it comes to the work of the State Audit Institution, in terms of cooperation with civil society, we have noted the lack of communication channels with citizens, as well as the lack of consultation practice with NGOs in the process of identifying risks in the public sector,” Đurnić said.

The WeBER project – Western Balkans Enabling Project for Civil Society Monitoring of Public Administration Reform, is a three-year project implemented by the European Policy Centre (CEP) from Serbia, the Institute for Democracy and Mediation (IDM) from Albania, the Foreign Policy Initiative (FPI BH) from Bosnia and Herzegovina, the Group for Legal and Political Studies (GLPS) from Kosovo , European Policy Institute (EPI) from Macedonia, Institute Alternative (IA) from Montenegro and European Policy Centre (EPC) from Belgium. The project is funded by the European Union and co-financed by the Kingdom of the Netherlands.