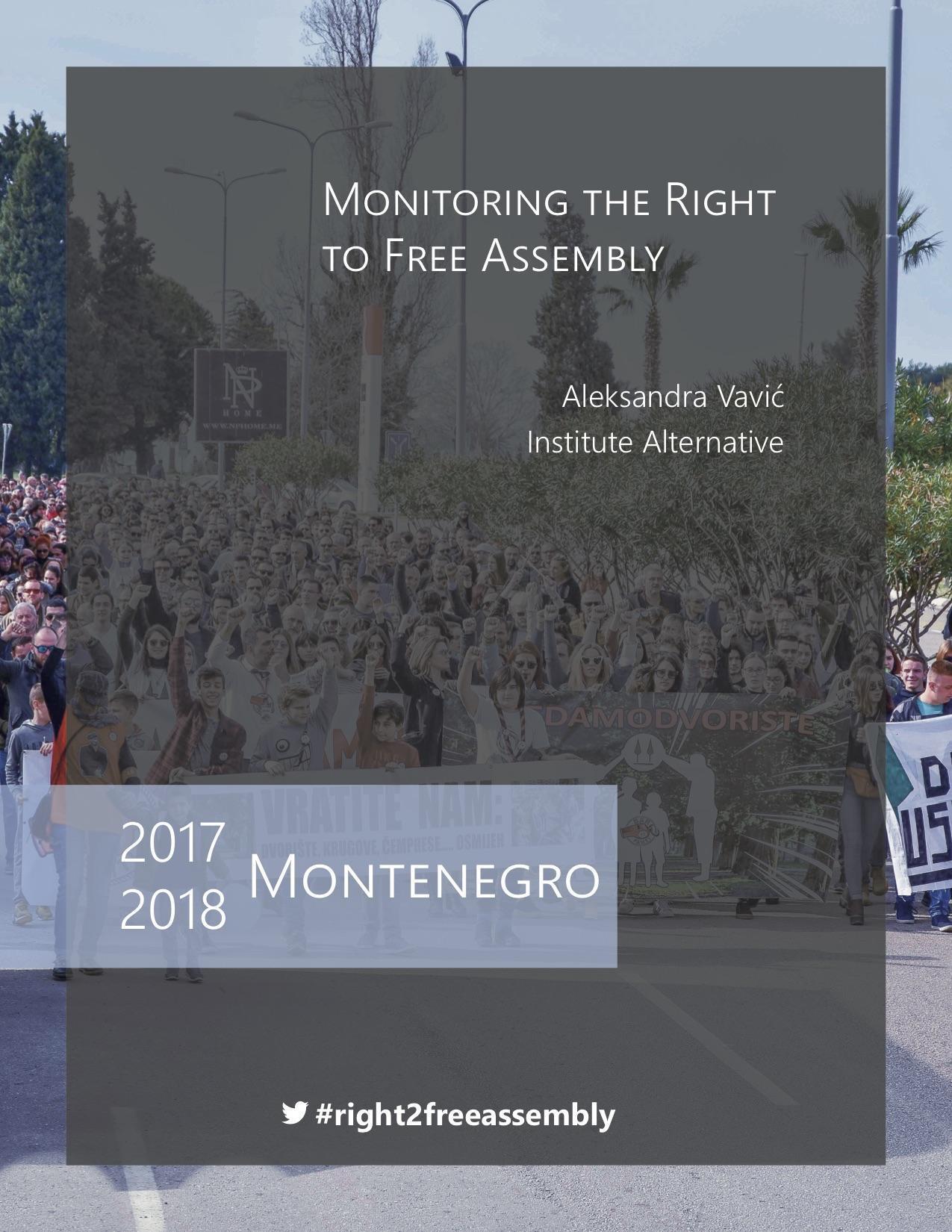 This study aims to present how the right to peaceful assembly is exercised and respected in Montenegro. The timeframe in this report is the year 2017, although the author is referring to the year 2018 in the cases of the direct observation of the public assemblies, as well as the case studies which are necessary to present the context as a whole.

During the 2017, 304 assemblies were notified to the police. Out of that number, 18 were “temporarily banned”. This is a significantly smaller number of temporarily banned assemblies in comparison to the previous reporting period. Spontaneous assemblies are generally policed although in practice the police officers have a rigid interpretation of the article regulating these assemblies, which leaves space for dispersing them and  ling misdemeanour charges against the citizens.

Although the Ministry of Interior has announced amendments to the legislation in the beginning of 2017, no steps have been taken to publish any proposed changes. The brutal beatings of citizens during October 2015 in Podgorica still have not been investigated effectively while the identities of police officers who have beaten the citizens remain a secret.

Of great importance was a landmark decision of the Constitutional Court of Montenegro, brought on October 24th 2018, which found that by upholding the ban of gay pride march in Nikšić, the Montenegrin Supreme Court violated freedom of peaceful assembly, as guaranteed by the Article 52 of the Constitution of Montenegro, Article 11 of the European Convention on Human Rights and Article 21 of the International Covenant on Civil and Political Rights.