NGO Coalition – ‘’Through Cooperation to the Aim’’ sent urgency to Mr. Duško Marković, Prime Minister of Montenegro, regarding the irresponsible actions of several ministries in Government which prevent the adequate implementation of the Law on Amendments to the Law on Non-Governmental Organisations (NGOs) and block the process of allocation of funds for NGO projects in this year. 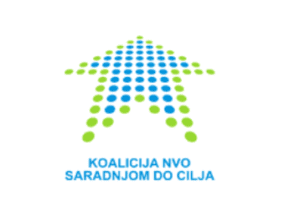 The NGO Coalition urge the Government of Montenegro to force these Ministries to announce, as soon as possible, decision on the allocation of funds for NGO projects and to facilitate the implementation of projects in various fields.

All of these ministries announced calls for submission of project proposals several months ago, some of the ministries even half year ago, and decisions on allocation of funds have not yet been published. We remind that, in accordance with the Law on Amendments to the Law on Non-Governmental Organisations, there are annual calls for NGO project proposals, which should be implemented in the current year. As it is the 9th month of the current year, the question is how the projects from this years competitions will be realised in this year. Objectively, the largest number of projects will probably be implemented in the following year, which directly affects the dynamics of supported projects, the achievement of their aims, beneficiary satisfaction, violation of the prescribed deadlines and calls into question the overall concept of funding NGO programs and projects. This practice keeps repeating for the second year in a row, since the beginning of implementation of the Law, and now we are objectively concerned about the willingness and capacity of the ministries, as well as the Government, to enable the funding of the NGO projects.

In addition to the urgent publishing of decisions and unblocking the process of funding NGO projects by the previously mentioned ministries, we also expect clear answers on why they are not able, some of them even for 6 months, to conduct the process of assessment and decide on projects funding. Given that other ministries can conduct this process within 60 days, we believe that the problem is not in procedures, but in individuals and their responsibility toward tasks they have.

We expect the Prime Minister to determine the responsibility in these authorities and adequately address the irresponsible performance of the work and direct interfering of the implementation of the Law on Amendments to the Law on Non-Governmental Organisations.

Ana Novaković,
President of the Managing Board of the NGO Coalition ‘’Through Cooperation to the Aim’’

NGO Coalition ‘’Through Cooperation to the Aim’’ currently gathers 100 NGOs from all over Montenegro and represent the largest organised coalition of NGOs in Montenegro.