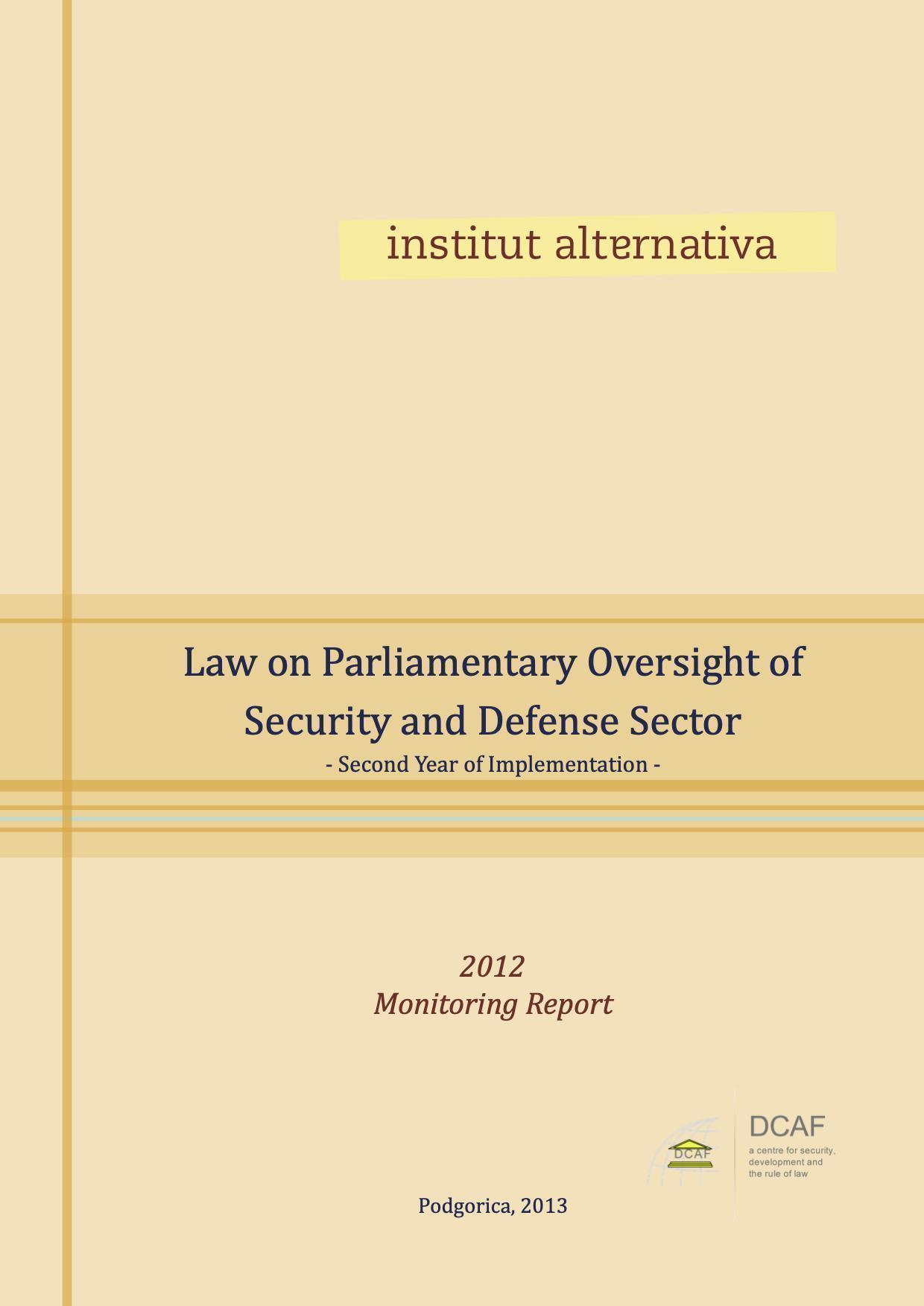 The Law on Parliamentary Oversight of Defense and Security Sector was unanimously adopted by the Parliament of Montenegro in December 2010, after nearly three years since the conception of idea of the need for its adoption. The basic objective of the Law was to enable the Parliament of Montenegro, directly through the Committee for Defense and Security conducting the oversight of authorities in charge of security and defense, to ensure the protection of citizens’ freedoms and rights against possible abuse, as well as to contribute to the development of a comprehensive and modern security system of Montenegro. The Law specifies the manner of conducting parliamentary oversight of actions of authorities and institutions dealing with the security and defense issues, their duties, as well as the relationship of the Committee for Defense and Security to the Parliament and Government of Montenegro.

Institute Alternative has contributed in the development of this Law, primarily by advocating the necessity of its adoption, and then also by cooperating with the competent working group in the course of drafting the legal text. Following the adoption of the Law in the Parliament, in December 2010, we have organized a round table and we announced that we will continue to monitor the implementation of this important Law, in order to strengthen and maintain its spirit and motives that lay behind its adoption.

In December 2011, we marked the first year of implementation of this Law and presented our Report on the work of the Parliament and the Committee for Security and Defense in fulfilling its provisions. On this occasion, we concluded that:

“Adoption of the Law, to a certain extent, has triggered both the proactive and the more efficient work of the Committee, although it stills suffers from the insufficient use of the available oversight mechanisms and uncertainty of conducted parliamentary oversight’s impact.”

The year addressed by this Report was featured by the parliamentary elections. In July, the Parliament adopted the decision on shortening its term, and the elections were held in October, and in November a new, 25th convocation has been constituted. Elections and associated events have influenced the work dynamics of the Committee for security and defense, resulting in failure to address a large part of planned commitments.

The Report before you is a review of the activities of the Parliament and the Committee, in reference to the oversight over security and defense sector. The structure of the report, to the greatest extent, relies on areas that we have addressed in our last year’s report and at that time established methodology. Recommendations for improvement have been provided at the end of the Report, which we will address to the members of the Committee for Security and Defense, and other participants in the oversight process over this sector.