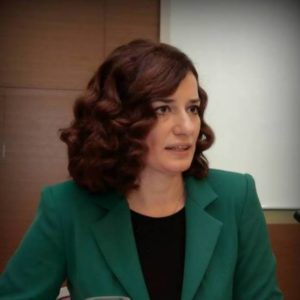 In Montenegro, the corruption flourishes. As a state and as a society, we are least successful in rooting out the high-level corruption, although we don’t have adequate remedy for the one at the lower levels. A successful fight against this phenomenon primarily involves increased number of criminal charges, legally binding indictments and verdicts, which completely shifts the focus from the hitherto legal improvements to the activities of the police, the judiciary and the Prosecutor’s Office. And in this triangle of institutions not many components work properly. Cooperation between the police and the Prosecutor’s Office, including the exchange of data, is extremely weak. Court delays are very common which can be seen from the fact that we even lack verdict in cases where investigations have been successful. The Prosecutor’s Office is very passive, which is proven by a small number of investigations carried out at the initiative of this institution, failure to act on the basis of allegations of abuse which can be found in reports of state institutions and the media, decreased number of binding indictments for criminal acts of corruption, as well as the transfer of a number of cases from one year to next one. In addition, the selectivity in the fight against high-level corruption is present, or in other words, exclusive acting of the competent authorities in cases where political support is obvious.

In order to respond to these challenges, the Government has started creating a new institutional framework, which envisages the establishment of the Agency for prevention of the corruption and Special State Prosecution, with all its hopes lied in them. Therefore, the mere existence of those institutions should undoubtedly convince us in the firm commitment to the fight which will make the corruption vanish from our society as swept with the magic wand.Hence, these days, all eyes are on the appointment of the Special Prosecutor, who will be at the forefront of the Special Prosecutor’s Office, and directly responsible to the Chief State Prosecutor. Three candidates: prosecutor, judge and lawyer. One experienced at “the top position” for the fight against corruption and organized crime, but with no results that would recommend her for a new appointment. The second one is Chief State Prosecutor’s favourite, who fought with his fists to have a say in the appointment, which is why we have to give a slight advantage to this candidate. Third, as speculated these days in the media, is supported by the DPS, which could again be a “trap” in order to think that the candidate was elected without the direct support of the ruling party. Such a conclusion was imposed in the choice of regulations for the appointment of the Special Prosecutor, as the sharp controversy between the Chief State Prosecutor and the then Minister of Justice seemed more like a “camouflage” of what DPS actually wants, and that is a bit more of discretion for the election, whosever side it was, and a little less focus on the professional qualifications of candidates.

Either way, with the appointment of the Chief Special Prosecutor and ten Special Prosecutors which is expected to happen by the end of a month, together with the Law on the Special Prosecutor’s Office adopted at the beginning of year, institutional and legal preconditions for a stronger and more compact organizational structure of the Prosecution for the fight against high-level corruption and organized crime will be achieved. However, as can be seen from the examples of countries that are more ahead in the process of democratization than us, it is clear that this is only a small step and that in practice problems from the beginning of the process will recur. A deflection from such practices is the key to success. There is an unpopular phrase in a political discourse that is the cure for all these ills, but let’s avoids it and use the vocabulary of results.

What should be done then? I was asked recently by a student from the York University to answer several questions related to the integration and democratization of the countries of the Western Balkans. One of the questions was: “What makes Croatia different example in the EU integration process? Mentality? Are the Croats more Europeans than other nations of the Western Balkans?”Maybe. But here’s what this mentality looks like this on the example of Croatian special prosecutor’s office. The Bureau for Combating Corruption and Organized Crime, known as USKOK, has reached the level of conviction in 95% of cases by 2012 and has prosecuted the former prime minister, former Vice president, former generals and other senior officials. The emphasis is on their titles, but also on the part “former”. Political support for the work of this body has been provided at the slow pace. The original solutions which have envisaged the competence of USKOK have been modified twice in order to ensure good cooperation with the police and the courts.

Key developments in the Croatian fight against corruption are telling us that we are still going to face an exhaustive struggle with the mentality, clientelism, decades-long control of all state structures by a political party. There is a long way from the adoption of a law to USKOK. In other words, the institutions should be protected, not public officials.

Dr. Jovana MAROVIĆ
Research coordinator at Institute Alternative and the member of the working group for the Chapter 23

Text originally published in the ,,Forum” of Daily Vijesti