Skip to content
Institute Alternative » Security and defense » Interview for news agency MINA: By 2010, there was more information on the work of NSA than today

The National Security Agency (NSA) is indifferent to provide the Montenegrin public with more information on its functioning and results, according to the Institute Alternative (IA), where they assess that the institution continuously reduces the amount of available information.

Public policy researcher in IA, Dina Bajramspahić revealed that the traditional secrecy of intelligence services is an obsolete concept.

“Well, NSA should also, in accordance with the best practices and standards of openness, take a more proactive role in bringing its work to the public, which has not been done so far,” said Bajramspahić to agency MINA.

According to her words, it appears that the NSA has met international demands of NATO in order to obtain an invitation.

“However, NSA has remained indifferent to the demands of the domestic public for more information about its functioning and results,” said Bajramspahić.
As she said, this is particularly problematic as NSA continuously reduces the amount of available information.

“By 2010, there was more information available about the NSA than it is today,” added Bajramspahić.

The annual report of the Agency speaks in favor of the previously mentioned, as she explained, which could have been obtained till 2010 via requests for free access to information.
Bajramspahić said that IA has copies of NSA reports for 2006, 2007 and 2010, explaining that some parts of the reports are justifiably hidden, and certain paragraphs are deleted, in accordance with the law.

The second document, the Rules on internal organization and systematization of the Agency, which was available in 2007, is not any more“, said Bajramshpahić.

She pointed out that IA has been repeatedly urging the directors of NSA, since 2011, to make a breakthrough towards improving the transparency and disclosure of information on measures of secret data collection, especially having in mind that the annual data on the number of people who were tapped was available till 2009.

“However, NSA refuses to disclose the figures, under the excuse of endangering national security, ” said Bajramspahić.

According to her, such conduct clearly violates the law of the European Court of Human Rights, which is mandatory for Montenegro as a signatory of the European Convention on Human Rights.
Bajramspahić pointed out that the Strasbourg Court in 2013, while deciding on the complaint under number 48135/06, issued a decision and ordered Serbia to ensure that the Security and Information Agency (SIA) provides the applicant with the data on the number of measures applied by the SIA.

As she said, the Court reiterated that the numbers of this kind should not be a secret.
Bajramspahić, while speaking on declassification procedures, or removing the label from information that is marked with degree of secrecy, concluded that no significant progress has been made so far. There is no practice of proactive disclosure of documents that have been removed of “top secret” label, which is a crucial shortcoming.

“There is not enough information on the work of the NSA Commission for periodic review of secrecy, as only it has been reported twice in the past years, that the Commission had removed 21 labels of secrecy,” said Bajramspahić.

She pointed out that all of this makes it difficult for interested parties to familiarize themselves with the information that endanger the safety of citizens and the work of the Agency.

“Taking active steps in terms of greater openness will contribute to greater public confidence in the legal work of the Agency, therefore it is particularly important that NSA publishes all by-laws governing its operations, which are not secret, so that citizens have a clearer idea of the NSA’s work“ said Bajramspahić. 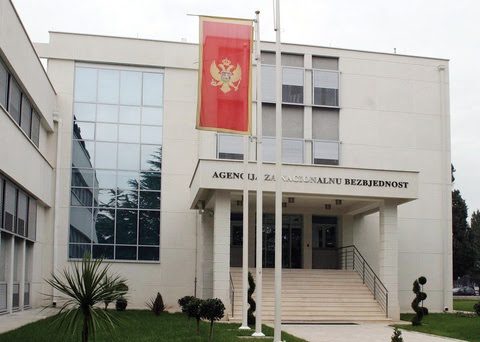 She believes that one of the culprits for the lack of transparency of the NSA is the Security and Defense Committee that supervises it.
According to her, the Committee has not made sufficient pressure on the Agency to apply democratic principles of transparency and accountability to a larger extent.

Bajramspahić added that the Committee did not exercise control of the NSA in the premises of that body since 2010, although it has the legal right to, while parliamentary or civic bodies of a similar type in other countries carry out control on the filed of intelligence services, at least once a month or more.

She pointed out that the national interest, that intelligence services in countries of underdeveloped democracy defend, is often identified with the interest of the ruling elite.

“Therefore it is very important that all the bodies that on behalf of the citizens have an institutional mechanism to exercise control over NSA, do that. In addition to the Committee, those are the Ombudsman, the Agency for Personal Data Protection and the State Audit Institution” said Bajramspahić.

She said that, since there is concern among citizens about whether NSA operates according to its legal obligations i.e. politically and ideologically neutral, she hopes that the new oppositional inspector general will resolve some of the existing dilemma.