Skip to content
Institute Alternative » Public administration » Interview for FOS media: There are More Disciplinary Procedures at MoI than in the Rest of the Public Administration 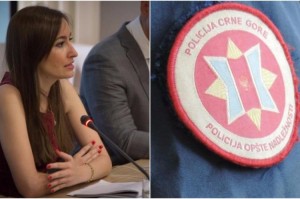 According to FOS data, since the beginning of the year the Ministry of Interior (MoI) started 32 disciplinary procedures against police officers. Is this number illustrative of the fact that the accountability system in this department is functional? FOS talked about this and other topics to Dina Bajramspahić from Institute Alternative, who is a member of the working group for drafting the Law on Internal Affairs.

FOS: Does the number on 32 disciplinary procedures in four months say that the system of accountability in this department is functional?

Bajramspahić: 32 disciplinary procedures for grave violation of official duty in five months is a continuous trend from the past few years.

So in 2016 out of 117 proposals of heads of departments, 74 conclusions were started for procedures against 89 police officers, out of which 59 first instance measures were undertaken.

Besides, the immediate heads of organisational units started 38 disciplinary procedures in 2015 for minor violation of official duty – financial fines against employees of the Police Administration.

These data should be interpreted from two-folded perspective. First of all, if we take into consideration that there are 4 600 employees according to the systematisation, the results are minicous and there is a space for greater consistency in initiating procedures.

FOS: According to IA findings, are there police sectors that are protected?

Bajramspahić: I will continue with the logic of the previous question. There are also differences, so it is noted that in some organisational units of the Police the heads of departements start more cases and in some less, and they do so for the same or similar examples of violation of official duty that are repeated, which is not good.

The initiation of procedures depend on the understanding of the importance for the service by the heads of departments, and not the public, that within the service differences are made between responsible and conscientious officials and those who are not or who are less responsible and conscientious. If there is no consistency, there the heads of departmenets who start the procedures and who are disliked in the service will stop doing so.

In close communication with police officers, we also learned that there is the same problem with the objective assessment of police officers. The head of department will objectively evaluate the employees one year, but when they see that they are all rated excellent in another organizational unit, they will not “punish” their officers the following year.

It is therefore necessary for the management of the Police to influence the heads of departments who are estimated to exceed 200, not to make exceptions and not to act selectively, as this violates the fairness in the conduct and confidence of the employees themselves in the service and thus the overall functioning of the Police.

Of course, it is also noted that officials in senior positions respond to a lesser extent, that there is no systemic accountability for the results and that there are a number of cases where under political influence a tacit consent has been reached that no one will be held accountable. In the first place I refer to those responsible for the excessive use of force after the protest, but unfortunately the list is much longer.

The criminal liability of police officers is a specific topic, and even though there is some progress, these are also not consistent. For example, the competent organizational units submitted 10 criminal charges against 10 officers of the Police Administration in 2015, on grounds of reasonable doubt that they committed a total of 12 criminal offenses for which they are charged ex officio. On the other hand, the most famous cases of Zlatica, the building of the Police Administration, etc., where the damage amounts to milions, have not been solved for years. Such kind of selectivity is unacceptable and jeopardizes the integrity of the service as a whole, both in the eyes of citizens and in the eyes of police officers.

FOS: In which areas was there the most progress, when talking about the integrity of police officers?

Bajramspahić: When it comes to integrity, the problem lies not only in the bribes and abuse of official duty, but also in the excessive use of force, passivity in taking initiative, extortion of statements and the political influence of a number of police officers. Corruption is the second most frequent association of Montenegrin citizens when they think of the police, immediately behind “security, security, citizen protection”. For the reasons outlined, the integrity of the police must become one of the priority areas in further strategic development of this service.

FOS: Is MoI doing enough to encourage the citizens to report the officers who violate the rules of the service?

Bajramspahić: The transparency of internal mechanisms has been at a relatively high level for several years, since Internal Control publishes monthly work reports reporting on all complaints filed by citizens, and the Disciplinary Commission and the Ethics Committee make official statements after each session, and make a description of the case and final decision, which are also published in the media. The goal of these activities is that the citizens gain confidence that the complaints will not be placed in the drawer and forgotten. However, mere statemenets are not enough. Our public opinion polls have shown that the citizens are still not aware of all the available options.

Ministry of Interior is one of the rare ministries that do not have Facebook and Twitter page and which still communicates by dull statements for the public, even though it should dominate with service-oriented approach.

Given that the new Law on Internal Affairs is in progress, I expect the Working group, of which I am one of the members as the representative of Institute Alternative, will come to a solution for improvement of human resources management in the police, straightening of implementation of police authority as well as the improvement of accountability, which are the key issues for the better functioning of this service.

The interview was originally published at the official page of Fos media.