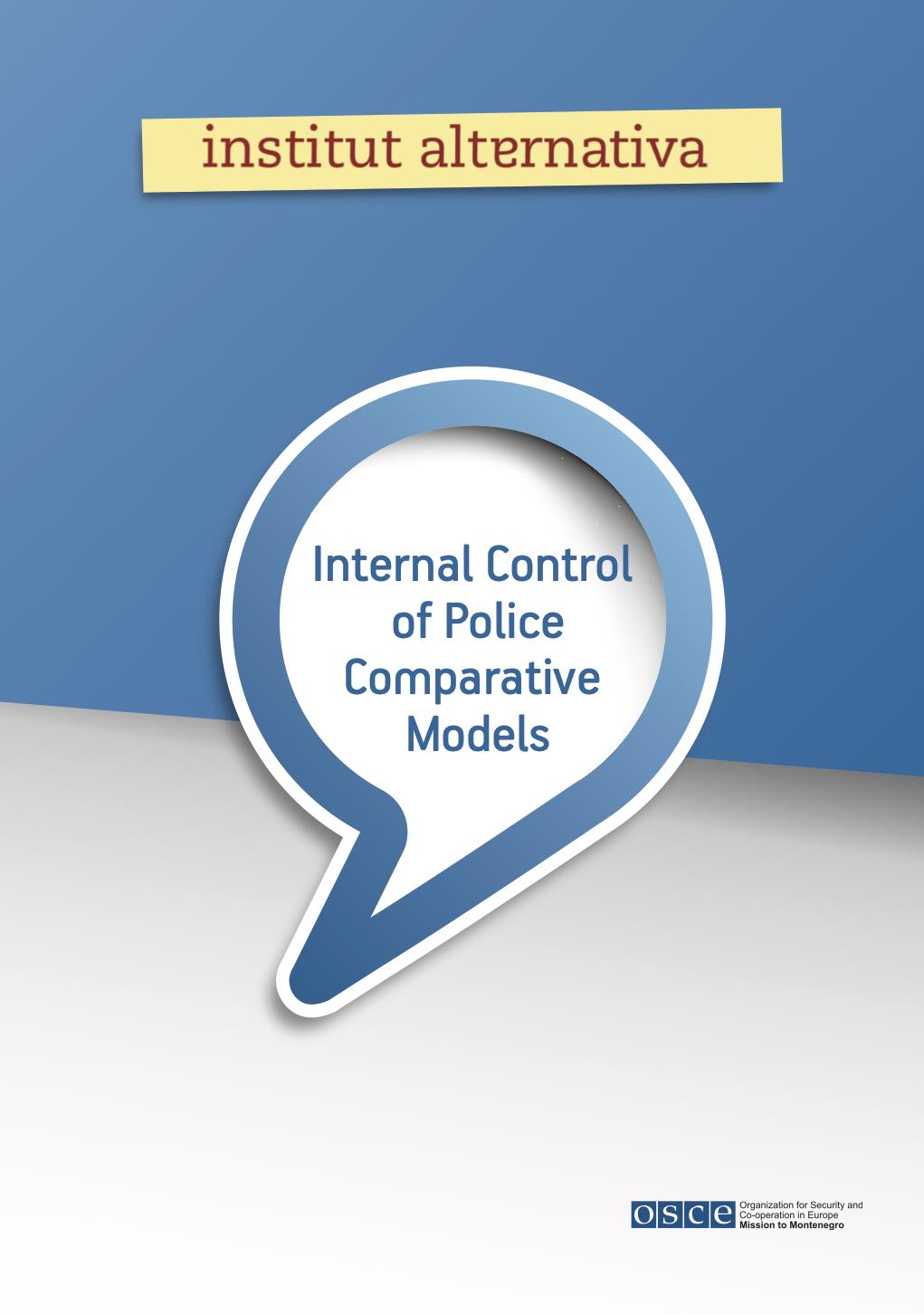 Professional, reliable and efficient police is of utmost importance for effective and comprehensive fight against corruption and organised crime, which also represents one of the key conditions to be met for further progress of Montenegro in its negotiations with the European Union in Chapter 23 on Judiciary and Fundamental Rights and in Chapter 24 on Justice, Freedom and Security. The Police Administration, as the largest part of Montenegro’s public administration staff-wise, with more than 5 300 employees, must pay special attention to the suppression of corruption within itself, in particular bearing in mind its competences when it comes to citizens and their constitutionally guaranteed rights. Besides the statements on widespread corruption in all social spheres, Montenegrin public discourse is often characterised by doubts on the existence of links between a certain number of police officials and organised crime groups, as a consequence of a lengthy transition process in Montenegro.

Although there are several levels of control of the work of police in Montenegro (parliamentary, civic, independent institutions’ control), in order to establish facts in complex cases such as the ones related to corruption or organised crime, a key role is played by the internal control of the police, inter alia, due to the fact that its officials have police powers, necessary for collecting evidence for such types of criminal offence.

The Action Plan for Chapter 23, adopted by the Government of Montenegro, identifies the need for a serious approach to this phenomenon, thus providing a set of measures related to strengthening of the internal control of the police. One of these measures is the ‘preparation of a functional analysis with an overview of the current state of play in the application of internal control mechanisms in the work of the police and other bodies.’ In that regard, the Ministry of Interior of Montenegro formed an interagency working group to work on the analysis and in line with the Decree on cooperation between the government and non-governmental organisations, it publicly called all interested NGOs to contribute to the work of the working group. That is how a representative of Institute Alternative (IA) became a member of this Working Group.

The research conducted by Institute Alternative in this area, as well as the preparation of this comparative analysis which aims at pointing out to the possibilities for enhancing the Montenegrin model of internal control through the study of three EU models, was supported by the OSCE Mission to Montenegro. The models selected for this analysis are almost entirely different and each of them has a special feature which distinguishes them in this area. Models were not chosen on the basis of similarities and differences vis-à-vis the Montenegrin model (number of inhabitants, number of police officials, judicial system, etc.); instead, the goal of the author was to ‘study’ the modus operandi of the internal control system in these countries at the level of principles.

By providing recommendations for enhancing the modus operandi of our internal control of the police, our goal is to contribute to the transformation of Montenegrin Police into a professional police service trusted and respected by its citizens.

This comparative study provides a detailed overview of control mechanisms (modus operandi) and instruments for efficient identification and prevention of abuse, as well as the analysis of challenges and possibilities for enhancing the modus operandi of the internal control of the police. On that basis and on the basis of the analysis of comparative cases (models from three EU member states), IA formulated its concrete recommendations for the reform of the Montenegrin model.