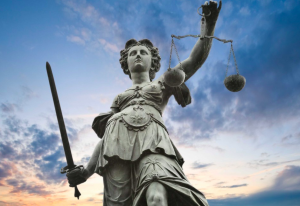 A full alignment with the European Court of Human Rights practice is still a commitment to be met by Montenegro. It is what has been consistently written in the progress reports as well as in the Report of the European Commission on Montenegro, published in November 2016. I am sure that the authors of this report did not have in mind that Montenegro should learn from Azerbaijan.

And it is precisely what happened. The announcement from the cabinet of the President of the Supreme Court states the following:

Perhaps it would be more honest to say that the visit is regarding learning about “non-cooperation” of Azerbaijan with the European Court of Human Rights?

As a reminder, Azerbaijan is a country that is at the bottom of the list of countries that respect human rights, and at the bottom of the list of democracies. Good quality research stories on corruption, known under the name “Caviar Diplomacy”, were published by the European Stability Initiative, a renowned international non-governmental organisation. As a result of the report, an investigation was started in Italy and other countries, as well as in the Parliamentary Assembly of the Council of Europe where a few MPs were manipulated to promote Azerbaijan as the “leader in the region”, at the expense of an objective and dreary image on the state of human rights in this dictatorship.

The investigation of the Organised Crime and Corruption Reporting Project (OCCRP) points out that “from 2012 to 2014, while the Azerbaijani government was conducing mass arrests of activists and journalists, the members of the ruling elite in the country were using a secret fund for providing bribes to European politicians, luxurious clothes shopping, money laundering and other personal gains. The bank documents show that the fund was worth around 2.5 billion euros. This fund, as it is claimed, was misused for buying silence. At least three European politicians, a journalist who was writing stories to the friends of the regime, and economists who praised the government, were among the receivers of the Azerbaijani money. In some cases, these renowned persons were in a position to mobilise important international organisations, such as UNESCO and Parliamentary Assembly of the Council of Europe, to achieve PR victories for the Azerbaijani regime. During this period, the Azerbaijani government captured more than 90 human rights activists, opposition politicians and journalists (such as the OCCRP journalist Khadija Ismayilova), under political charges.

It really seems that the Montenegrin government, prone to promoting corruptive practices, has quite a lot of common topics with their colleagues from Azerbaijan.

For the sake of being precise, Vesna Medenica was not alone in Azerbaijan, as she was accompanied by Svetlana Vujanović, the judge of the Supreme court, who is also the wife of the President of Montenegro, Filip Vujanović. It is of lesser importance, and not known, who else was part of the delegation, and the number of days they spent for getting familiar with the heroic fight of the people and administration of Azerbaijan against the unpopular occupant, the European Court of Human Rights. In Montenegrin pro-European society, the media remained mute, instead of taking action and asking such and similar questions regarding the visit to Azerbaijan.

So it happened that on the same day when the delegation of the Supreme court went to have an “interactive dialogue” with their buddies from Azerbaijan, the Appellate court pronounced the verdict on the Šarić case, stating that Duško Šarić and the rest of the crew were not guilty of money laundering – for some 19.3 million euros for which our judiciary has been prosecuting them since 2010.

Right upon the return from Azerbaijan, Vesna Medenica commented on the case against the former minister and current MP of DPS subject to statute of limitations. When asked by a journalist whether she will emphasise the accountability of judges for the statute of limitation, she replied: “The Law does not foresee that, even if a mistake was made, which is not something I am implying, a judge that made the decision should be held accountable, but that certain cumulative conditions must be met”. She did not further state what these cumulative conditions were, though she ended her statement with an undefinable smile/laughter. The journalists did not have any follow-up questions. She is, after all, in a position to act this way.

This must have been a laughable matter as well to the ruler from the shadow, Đukanović Milo, whose buddy Aleksandar Vučić must have winked at the situation, and the good guy from Pljevlja, Filip Vuković, surely opened a bottle of Champaign on this occasion.

Let us get back to the beginning and take a look at how comedian-like the recommendations from the Report of the European Commission no Montenegro must seem in the given context – “Montenegro should continue providing guidelines to the judiciary in order to align the decisions to the European Court of Human Rights’ practice in the area of freedom of expression, particularly by establishing a group of specialised first instance judges”. If we continue down this road, soon the basic courts’ judges will start massively visiting Azerbaijan.

Blog: One Hundred Days of the “Envelope Affair&#...

Blog: Putting an MP in prison