Skip to content
Institute Alternative » Blog » If this is progress to you, then nevermind 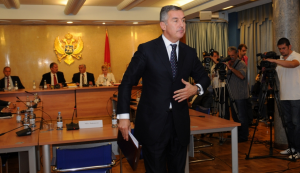 European Commission says: “The plan for the reorganisation of the public sector, which had been endorsed by the government in April 2012, was finalised and adopted in July 2013. This version provides a sector analysis with a view to identifying adequate staffing levels and increasing efficiency”. It is a document Government of Montenegro has been hiding from Montenegrin public for already 4 months. Institute Alternative warned about the issue in September, but we received no official response or reaction from the Government so far.

Being doubtful as usual, we could think that the document is still being prepared and that only God knows what it will contain once when it is published. Yet, it seems that the European Commission had an insight into this plan.

If we would be hairsplitting, we could address the Agency for Data Protection and Access To Information and possibly urge the state prosecution to reveal who breached the Law on Confidential Data and revealed confidential information to the officer of the European Commission. Even if there was no criminal liability or misdemeanor in such behavior, it certainly demonstrated disrespect of the local public and usual servitude to the international public. Our Government deems external decision-makers being aware of its hard work the most important.

Our Government was not ready during the whole two years, which it spent writing and amending the Plan, to consult those affected by this document, namely public sector employees and their trade unions. Not to mention the Parliament, parliamentary committee for political system, judiciary and administration, non-governmental organizations and University. Instead of fostering distrust into the politically sensitive document by declaring its confidentiality, the Government could have spread the trust by inclusion of the interested public and pursuit for the best solutions. When measures and activities outlined in the Plan reach agendas of Parliament and the Government, the public will naturally meet them with distrust and rejection.

In its most recent report, European Commission says: “At the end of 2012, 112 senior officials and 36 heads of administrative bodies delivered, at the request of the government, undated resignation letters. Subsequently, a small number of these resignations were accepted. Even if motivated by the desire to enhance performance, this practice breaches employment rights and undermines public officials’ professional independence of undue political influence“. It adds: “The undated resignations are an issue of concern”.

Djukanovic’s relationship towards the critics of undated resignations demonstrated that he is not willing to disrupt the line merging the leader, party and the state. He explained nicely what the undated resignations meant – a mechanism to ensure obedience, and from where he drained the inspiration. Again Serbia when it is a bad practice. Djukanovic, however, thinks that undated resignations, which he sought and received, are something entirely different.

He says that nobody asked him to explain what they were exactly about. If he had been asked, he would easily solve it. Nonetheless, the well informed ones know that he had been asked, numerous times. On his part, he tried to explain the legal foundation of his move clumsily, by citing articles of the Law which say nothing about undated resignations. In other words, he implied that people started delivering undated resignations on their own, just to open another affair, to libel the top state officials, topple the legitimate and legal ruling elite and to surrender the state into the occupier’s hands.

Yet, the explanations are elsewhere. The party discipline still spills over into the state administration. The resignations are illegal, as the prime minister Djukanovic admitted himself by saying that if the systemic law protected them, there was no possibility for anyone, including the prime minister, to order someone to resign. It is only unclear to whom and how these resignations were submitted, what happened with those who didn’t file resignations since Djukanovic himself implied that there were exemptions. It is also unclear what happened with those who didn’t demonstrated high level of trust in the party and him personally.

Djukanovic is still worried only of Montenegro not having the special Ministry for fight against affairs. Report of the European Commission says that there are no efficient investigations into the high level corruption, and that the organized crime remains an issue of serious concern. Here lies the difference: Djukanovic wants fight against those raising up the voice about the crime, and the EU – fight against the crime.

The text was originally published in the Forum section of daily Vijesti.