Skip to content
Institute Alternative » Security and defense » IA answered to the Ministry of Interior: Prove that the Law has to be amended 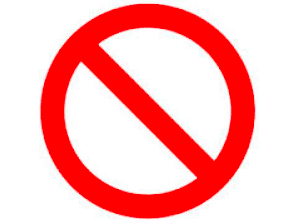 Following the reaction by the Ministry of Interior (MoI) which shows us that it is not giving up on announced amendments to the Law on public assemblies and public performances, but still without any concrete arguments, Institute Alternative points out that each amendment to the legal regulation, especially those which would reduce that scope of human rights, should be started only after thorough analysis of the impact of the regulation in force.

Due to the lack of such an analysis, we cannot accept the MoI’s interpretation of endangered freedom of movement and the freedom of entrepreneurship of citizens who are not participating in public assemblies. Also, so far, the public has not been aware of the fact that any citizen has been deprived of urgent medical assistance due to peaceful public assemby, although the MoI states that the protection of citizens and the work of the services were endangered.

However, given that we fully understand and support the obligation of uninterrupted passage of emergency services in cases of assistance and protection to all citizens, Institute Alternative reminds of the Article 16 of the Law on public assmeblies and public performances, which obliges the organizer or the leader of the assembly to allow uninterrupted passage of police vehicles, emergency medical assistance, fire-fighting vehicles and other services of the public service needed to maintain order and peace at a public assembly. In a similar way, it would be possible to stipulate the obligation to provide uninterrupted passage to service vehicles in all emergency cases.

As we have already indicated, the lack of analysis data on concrete cases of endangered freedoms that the MOI calls upon when proposing amendments to the Law makes it impossible for the public to understand the MoI’s perspective in this case.

Apart from the lack of analysis, we remind of the fact that we have been repeatedly pointing out in our previous statements and letters sent to the Ministry: the announced changes would be unconstitutional. As said, the Montenegrin Constitution envisages the possibility of a peaceful public gathering being temporarily limited, enumerating the situations in which it is possible: in order to prevent riots or perpetration of a criminal offense, endangering health and morals (Article 52), thus anticipating temporary and extreme situations. The prohibition on gathering at the roads would mean an additional limitation for two reasons: because it is related to the location of the assembly – a ban that the Constitution does not recognize and it would be absolute, while the Constitution recognizes only temporary.

If the MoI, or the Government, have reported to the Parliament on the implementation of the Law on Public Assemblies and Public Performances by the end of March, as required by law (Article 32), we might have a solid proof. Since the public is not aware that this legal obligation has been respected, Institute Alternative once again invites the Ministry of Interior to publish analyses on the basis of which it has concluded that amendments to the Law on Public Assemblies and Public Performances are indispensable. Otherwise, the public will have the full right to believe that the amendments to the Law will be endanger their constitutionally guaranteed right.